The fourth annual Hillsborough 100 Conservation Challenge is set to launch later this month with individual, school and group projects set to be on display in between two historic environmental moments next year.

To deepen the community’s conservation mindset, the year-long challenge features a showcase period that kicks off the weekend before Earth Day 2020, which marks the 50th anniversary of the “world’s largest environmental movement.” 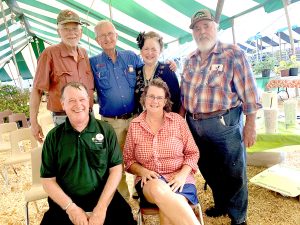 Hillsborough 100 is set to run through both Arbor Day (April 24) and Soil Stewardship Week (April 26 through May 3), which in 2020 celebrates its 65th anniversary. Founded by the National Association of Conservation Districts (NACD), the program calls for conservation districts to share and promote stewardship and conservation efforts, including field days, educational programs and workshops.

Toward that end, the Hillsborough 100 kick-off luncheon is set to start at noon, Thursday, Nov. 14, at The Regent in Riverview, featuring “Hillsborough-Harvested, Fresh-From-Florida” foods.

Sponsored by Mosaic, the event is open to “anyone who participated in a Hillsborough 100 project last year or would like to do a project this year, whether it’s for their school, civic club, church, youth organization, senior group or whatever,” said Betty Jo Tompkins, executive director of the Hillsborough Soil and Water Conservation District (HSWCD). “At the luncheon we present awards for last year’s outstanding projects, and we also talk about the next event, which individuals can participate in as well.”

The Hillsborough 100 Conservation Challenge represents the work of Hillsborough County residents, collectively or independently, who use their time, resources and skills to showcase their work to grow, preserve, protect and recycle natural resources. Past projects have included beach and bay cleanups, roadside litter pickups, rain barrel/rainwater workshops and more.

The event is the brainchild of the HSWCD, a government entity run by elected officials. Founded locally in 1946, the HSWCD traces its roots to the Dust Bowl of the 1930s, when severe dust storms greatly damaged the ecology and agriculture of the American and Canadian prairies. Congress met to address the matter; this eventually led to the establishment of conservation districts, which today number about 3,000 nationwide.

The HSWCD is run by a non-partisan, elected board that today is chaired by Mark Proctor. Rounding out the board of supervisors are Andrew Brooks, Susan Dumke, Kathy Eckdahl and Michael Hepburn. 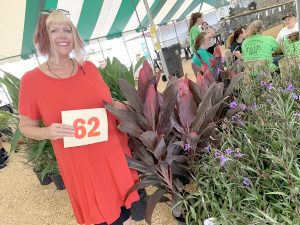 “We can only do this through the generosity of nurserymen,” Tompkins said. “Everything is donated, and we don’t take any money out of the proceeds to run the event. We raised more than $4,500 to support Hillsborough 100 and our kids programs, which include our Envirothon program and the AgVenture program for third-graders, as well as our annual poster, speech and land-judging contests.”

The next poster contest kicks off later this month and runs into February. Set by the NACD, the 2020 Poster Contest and Stewardship Week theme is “Where would we BEE Without Pollinators?”

“Bees, birds, bats and butterflies, those are the four main pollinators,” Tompkins said. “They’re critical because if you did not have pollinators, you would not have fruits, vegetables and all kinds of nuts.”

Tompkins noted that each year the USDA conducts a colony count of commercial beehives nationwide, state-by-state. The latest count, through April 1, “found the number of beehives dropped by 40.7 percent,” she added. “That’s unsustainable.”

According to Thompkins, the Hillsborough 100 Conservation Challenge is a comprehensive program supporting inner-city, urban, suburban and rural efforts to showcase why “conservation is everyone’s business. It covers everything from road and beach cleanup campaigns to recycling programs.”

Programs include the “Lipman Garden Challenge,” presented by Lipman Family Farms, which this year is set to include 26 schools, including Riverview and East Bay high schools and Pepin Academies. Each group receives a planter box and a $100 gift card for soil and nutrients to plant and grow for judging grape, plum and round tomatoes and yellow and zucchini squash. The winning schools receive cash awards and celebratory parties.

Beyond education and awareness, the HSWCD awards cost-share money for conservation projects for agricultural operators with crops in the ground. 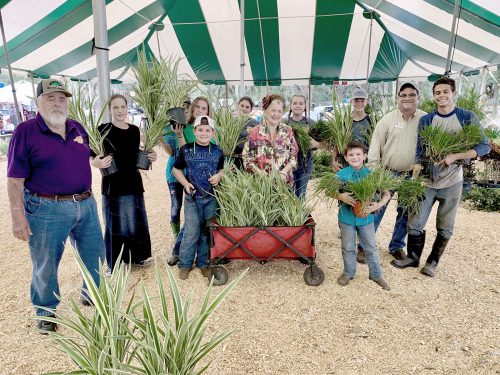 LINDA CHION KENNEY PHOTO
Getting set for the fourth annual Great Plant Auction at the Hillsborough County Fair. At left is Roy Davis, inducted into the Florida Agriculture Hall of Fame in 2006, who is instrumental in securing plant donations from wholesale nurseries on behalf of youth programs. Also pictured, center, is Betty Jo Tompkins, executive director of the Hillsborough Soil and Water Conservation District, which runs the auction and the annual Hillsborough 100 Conservation Challenge.