The ‘Peanuts’ gang is coming
to East Bay High School

Some of the most beloved characters of all time are coming to the stage at East Bay High School Nov. 12 to 14, when its theatre department presents “A Charlie Brown Christmas.” 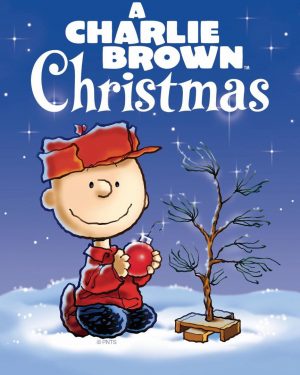 Based on an adaptation of the beloved Charles E. Schultz comic strip “Peanuts,” this first production of the 2019-2020 season will take place at the Kathryn Hill Auditorium, 7710 Big Bend Road, Gibsonton. The doors open at 6:30 p.m., and all shows start promptly at 7.

Admission is $7 per person and includes the show, hot chocolate, cookies, a singalong and meet-and-greet with the Peanuts Gang.

“Come out and enjoy some holiday fun with East Bay Theatre,” said Krista Blanchette, theatre department director. “The show is based on the 1965 television special by Bill Melendez and Lee Mendelson and stage adaptation by Eric Schaeffer. It includes several songs made famous by the popular comic series.”

Blanchette carefully considers the shows she selects for her students to perform each year.

“I like to choose those that give them a well-rounded exposure to theatre,” she said. “We always try to include modern realism, musicals and different genres of literature. ‘A Charlie Brown Christmas’ is a well-known and nostalgic piece for all people of all ages. I wanted the students to have fun creating these characters and the community to enjoy a little bit of its own childhood.”

The play is about Charlie Brown’s search for the true meaning of Christmas, after he gets down in the dumps about the rampant materialism he sees around him regarding the holiday.

Lucy suggests he direct the school Christmas pageant to change his mood. Charlie accepts but finds it difficult to get his classmates focused on the holiday’s significance. So he enlists his friend Linus to help him find the perfect Christmas tree, which ultimately ends up teaching everyone what Christmas really means.

“This has been an interesting and fun challenge,” said sophomore Grey Taylor. “As an actor, I want to recreate my role as Linus in such a way that the audience recognizes (the same character) they’ve grown accustomed to growing up with the Peanuts gang over the years.”

The theatre department has a full season of six different shows, including the drama “Falling,” about a family dealing with autism and the much-loved musical “Mamma Mia.” 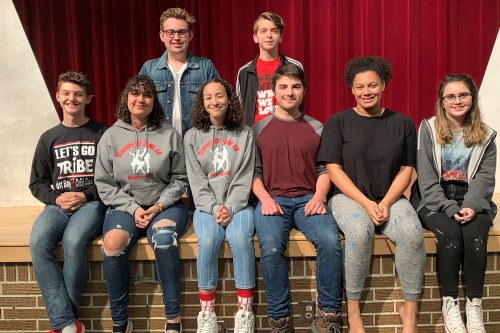 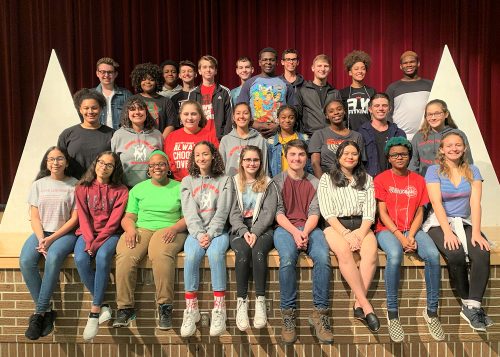