In a thriller from start to finish, the Riverview Sharks overcame a Lennard lead with just over three minutes left in the game to post a meaningful 28-21 win last Friday at Riverview. 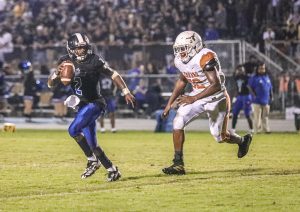 The victory by Coach William Mosel and the Sharks puts Riverview at 8-2 to conclude its regular season, the Sharks first winning mark in 12 years. Now, Riverview awaits the playoff seedings to determine who and where they play on Nov. 8 in Class 8A, Region 2. Meanwhile, a disappointed Longhorn squad under Coach Matt Kitchie lick their wounds and return to Ruskin at 6-3 to complete its regular season schedule Nov. 1 against Blake with faint hopes of a playoff bid along with Riverview, Newsome and Riverview Sarasota.

Lennard’s starting quarterback Gavin Henley was under the weather with the flu, so the brunt of the Longhorns’ offense fell on the shoulders of Tino Hunt and Davian Papius. Hunt responded with a 247-yard rushing night. The stellar senior scored the game’s first TD early in the first quarter on a 21-yard run. Coach Kitchie went for 2 and converted to jump out to a 8-0 lead over the host rivals.

That did not hold up for long, as Sharks’ star sophomore QB Stazion Gage responding by connecting with Devin White on a 47-yard TD pass play. A successful 2-point conversion tied the game at 8-8.

Riverview extended their lead to 15-8 when, following a Riverview interception, Gage went to work again, teaming up with receiver Kadeem Robinson for another long aerial score, this one good for 38 yards.

Lennard scored two more touchdowns in the second half, both coming from the burly Papius, one a fourth down run of 6 yards and the other a fourth down chunk run of 43 yards. Leading 21-15, the Longhorns appeared to be driving for a game-clinching score late in the game when two big penalties — a personal foul and holding — combined with a bad snap on an attempted punt turned the ball over to Riverview at Lennard’s 13-yard line.

From there, it was the Sharks’ David Haynes who scored the tying TD. The extra point made it 22-21. In the game’s waning seconds, the Sharks’ White recovered a Longhorn fumble in the end zone to make the final 28-21. Ballgame!

Commenting to sports media after the victory, Mosel said, “The kids came out and we were focused. We were tough and we battled. There were times we could have folded, but we kept battling and the outcome fell our way.”

On the other hand a disappointed Kitchie, already handicapped by the sickness of his team’s QB, also battled turnovers and penalties all night, said, “We tried to go with other people (at quarterback), and they did their absolute best.” He added, “But, unfortunately Riverview bested us tonight.” 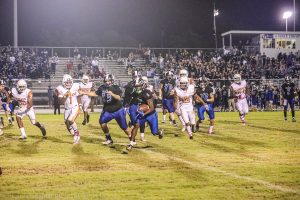 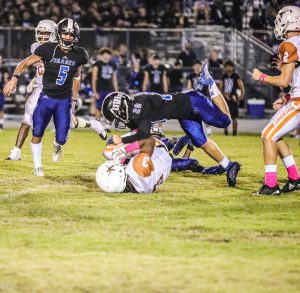 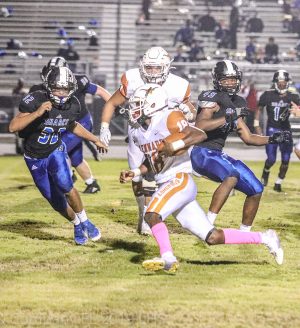 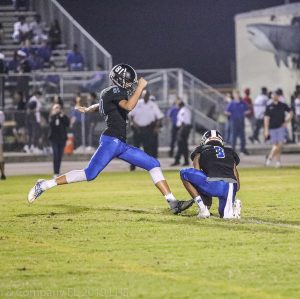 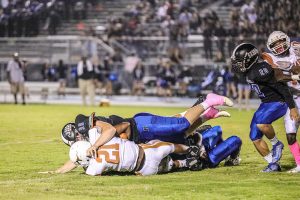 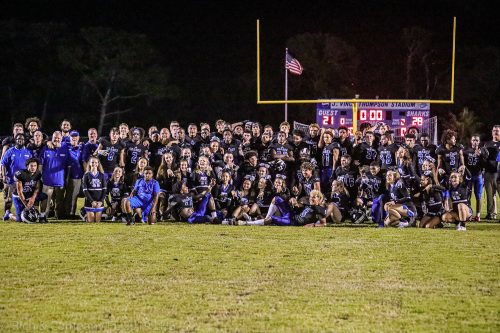 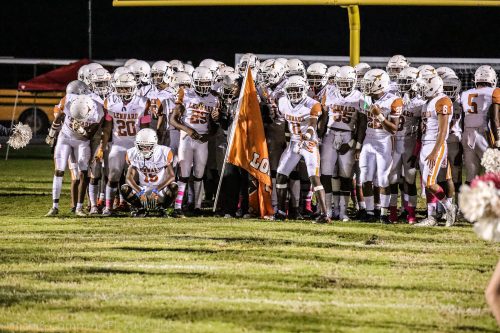