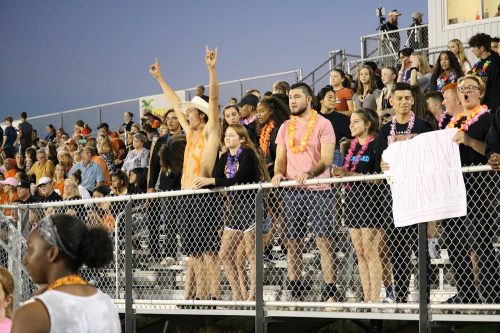 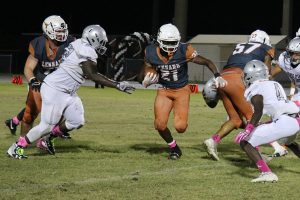 In typical Hunt workhorse fashion, and with the help of a bunch of heavy roadscrapers on the offensive line, senior Hunt piled up the yardage in small chunks and big chunks as Lennard struggled but handled Ridge Community to win 26-19 on a festive Longhorn Homecoming evening. Hunt went over the 1,000-yard rushing mark for the season and registered his sixth game of 100-yards-plus rushing, scoring twice and totaling 239 yards on 31 carries.

Lennard got out of the gate in a hurry last Friday after Hunt reeled off a first quarter 36-yard dash into the red zone. Hunt’s first TD and Jocelyn Diaz, also Ms. Homecoming, booted the point after to make it 7-0. However, the Bolts from Community Ridge made a game of it, as they did all night in front of a large Homecoming crowd and only a handful in the visitors’ bleachers from Davenport. 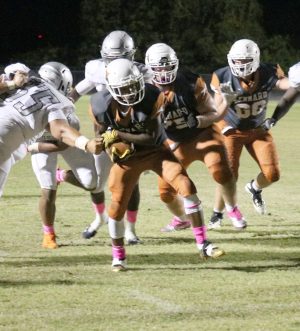 STEVE JACKSON PHOTOS
Armani Simpson, #10, scored a first half TD for the Longhorns.

The Longhorn running attack amassed 349 yards on 48 rushes behind consistent blocking. Lennard’s passing game was virtually non-existent as the only pass attempted by QB Gavin Henley was incomplete. Henley did add a game-icing 15-yard TD run in the fourth quarter to seal the victory. Ricky Jackson Jr. ran 6 times for 42 yards. Armani Simpson scored a first half TD while Davian Papius added 31 yards on 4 rushes.

The Lennard defense bent, but did not break, against the Bolts who closed to 20-19 in the third quarter. The orange and white defense woke up in the fourth quarter, thanks in large part to Kourtland Mitchell, Amarie Jones, Josh Culpepper, Marcus Carn, Joel Figuera, Jhalin Hobbs, Jordan Guerad, Davian Papius and supporting defending crew.

Next up for Lennard is a trip to Haines City for another 8A District 8 contest with another Polk County team. The Haines City Hornets, if they ever had one, have lost their sting. Coach Hoku Pratt’s hapless Hornets are 0-7. Haines City has managed only 33 points this season while demonstrating why they are referred to as a defensive sieve, giving up 292 points in their 7 losses. 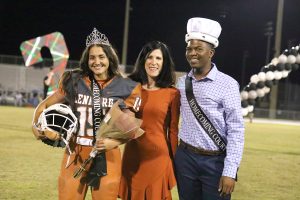 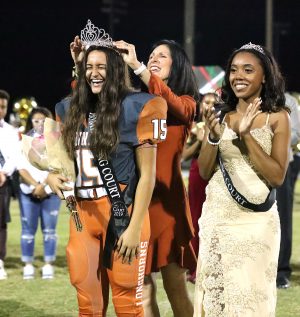 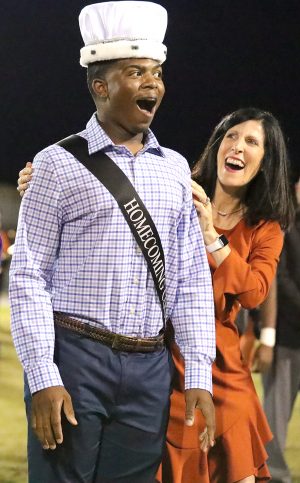