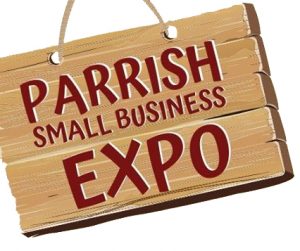 Just as it has in the past, this year’s Parrish Small Business Expo will highlight businesses and vendors from around Manatee County, but with a change in venue and an added Fall Festival, it will provide more activities for families to enjoy. 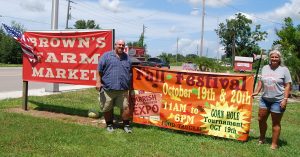 “There’s going to be lots of activities for kids,” said Gretchen Fowler, chairwoman of the organizing committee for the event, which will raise funds for the Anthony Fowler Foundation and Parrish Elite Booster Club.

“About four years ago Ashley (Johns, owner of Parrish Elite) and I were talking about what we can do to raise money for the foundation,” said Fowler, who also is president of the Parrish Civic Association and is always promoting the tight-knit community in East Manatee County. “We decided we should do a vendor fair.

“We wanted something unique to bring people to Parrish and to support our local businesses and youth,” she said. “Also, (we wanted) to bring awareness to what we have to offer in Parrish, because many people don’t realize what we have here.”

Johns, who started Parrish Elite in 2016, said the business expo was to be a community event from the start. “I was on the board of Gretchen’s foundation, and I have a booster club for Parrish Elite, and we have always been active in the community,” she said. “We wanted to create a space to bring the community together to raise money and to showcase the businesses in our community.” 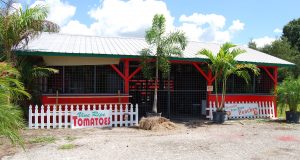 This year’s event will move about a half-mile down U.S. Highway 301 from its previous venue in the field next to the Parrish Methodist Church to Brown’s Farm Market. “When Gretchen asked, I said ‘of course,’” Browns Farm Market owner Anthony Swackhammer said. He explained that he and his wife, Sabrina, purchased the business from the Browns in April and have been working to update what they offer. “We’ve been feeling the community out for what they want,” Swackhammer said. “The community wanted more selection.”

Slowly, they have been adding new items, such as organic vegetables and fruits and whole milk. “Most of our produce is locally grown, or if out of season, it’s sourced from the best farmers I can find,” Swackhammer said, adding that he is working on several other improvements for the future. “We have a lot of ideas that we want to do; one is to have a food truck park.”

The Swackhammers also own Swack Daddy’s BBQ, a food truck located behind the farm market and one of the food vendors that will be serving at the business expo. In addition to Swack Daddy’s BBQ, which will be selling baby back ribs, smoked brisket and bone-in chicken, along with other sandwiches, the expo’s food venue will include Florida Farmer’s Kitchen with a farm to table menu; Gulley’s Mullet, serving crab cakes, fish cakes, and more; the Parrish Cuban Grill, specializing in Cuban cuisine; and two Boy Scout troops collaborating to raise money by selling popcorn and drinks.

Along with the almost 40 businesses scheduled to participate, the festival will feature several activites, including a pumpkin patch for the kids with a pumpkin painting contest; tumbling and cheer demonstrations by students of Parrish Elite; the Budweiser truck and a petting zoo. The Ever After Pony Parties and Petting Zoo, a family-owned business in Ellenton, will have its animals at the expo for all to enjoy.

New this year is the cornhole tournament; Tampa Bay Cornhole, a cornhole beanbags and supplies dealer, will run the double-elimination tournament. Practice and registration are from 11 a.m. to 11:45 a.m. with the tournament starting at noon. Children and adults of all ages are invited to enter.

Parrish resident Pearl McCraw will organize a group of vendors selling arts and crafts. They will offer handcrafted items, such as wreaths and dream catchers, wind chimes, butterflies under glass and chalk artwork 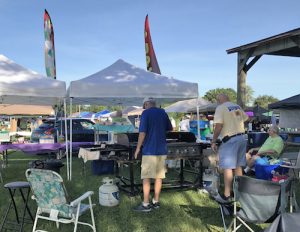 The first Parrish Small Business Expo in 1916 had about 40 vendors, and the next year it grew to about 60 vendors.

At that event she would have longhorn cattle on display, a performance stage, wool spinners, and other demonstrations of early Parrish settler crafts, along with the arts and crafts vendors. “I like Parrish because it’s what Manatee County used to be like when I was growing up in Bradenton,” McCraw said. “It’s still a small town where neighbors help neighbors, although there’s a lot of growth. I like to brag about Parrish,” she said. “It’s a lovely place.”

Several of the vendors McGraw signed up for the business expo are from 941 Artisan Lofts at Caruso Road and State Road 70, a retail outlet for artisans and crafters, such as Illuminations Glass Rocks, from Manatee and Sarasota counties. Along with showing off their products and providing information, many of the vendors will have giveaways.

Chris and Sylvia Hegedus, owners of Trusted Pool and Spa, plan on having a free raffle and giveaway prizes, including a Bosch power drill set. “We wanted to give away something useful,” said Sylvia Hegedus, who has lived in Parrish for 10 years.

She and her husband, Chris, have participated in the Parrish Business Expo all three years.“The first year we participated was great,” she said. “We met a lot of other businesses and vendors. It was like a meet and greet, and we are still doing business with them.”

Trusted Pools and Spas has been in business since 2001 and builds new pools, remodels pools, provides weekly cleaning and maintenance services and performs equipment repairs. This year, Trusted Pools and Spas is the event sponsor; contributing sponsors are Ever After Pony Parties and Petting Zoo LLC, Stephanie Wilson with Florida Home Solution by Fine Properties and Budweiser.

“We met Gretchen (Fowler) at the first business expo, and she’s wonderful,” Hegedus said. “We joined the Parrish Civic Association and have participated in the Parrish Christmas Tree Lighting and the Chile Cookoff events, and we have supported the foundation.We’re all about giving back to the community, she said. “Our customers have been so good to us.” 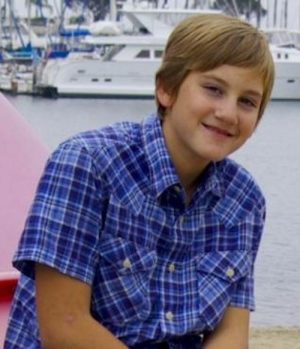 Gretchen and Freddie Fowler started a foundation after their son, Anthony Fowler, died in a tragic traffic accident when he was 11.

Johns of Parrish Elite said she remembered the first business expo and why they have continued to expand it. “The first year went better than we expected; we had about 30 to 40 venders. The second year it just exploded with more than 60 vendors,” she said.

With that growth, Fowler and Johns knew they had to offer more. “The first year was just vendors, but we realized we had to have some activities for the kids while their parents shopped,” Johns said. “So the second year we had a kids’ activity area. This year we’re really going all out for kids’ activities,” she added. “It’s turned from being just a vendor’s fair to more of a community festival where there’s a lot going on.”

Johns knows what it takes to keep children entertained: she has four daughters in the Parrish Elite tumbling and cheer program, and her son plays T-ball.She also has around 100 students from 3 years old to 18 at her gym at 1951 14th Ave. E. in Palmetto.

Johns has been in competitive cheer programs since she was 13 years old and started several programs for clubs and recreational departments. She was an all-star coach in Jacksonville when she decided to come back to Manatee County to open her own gym.

Along with the tumbling and cheering lessons, Johns said she teachers her students to be active in the community. “The girls do several community service projects and events a year,” she said. That was one reason Johns wanted to help out with the Anthony Fowler Foundation fundraising.

Fowler and her husband, Freddie, founded the foundation after the loss of their son, Anthony, in a traffic accident. They felt they had received so much support from family, friends and the community that they wanted to do something to pay it forward.

The foundation provides financial aid and help in finding resources. It also provides information to other families who have lost a child in similar tragic circumstances.

For more information or to reserve a booth at the Parrish Business Expo, contact Gretchen Fowler through the Facebook page at www.facebook.com/parrishSBexpo/.

To learn more about the Anthony Fowler Foundation, visit the website at www.affinc.org.

More information about Parrish Elite can be found on the Internet at www.parrishelite.com or by calling 941-807-2970.

And to see what kind of pools Trusted Pools and Spa can build, check out its website at www.trustedpool.com.