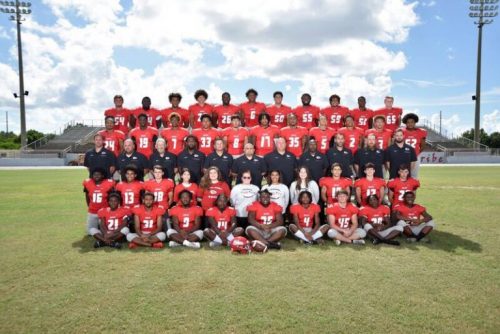 A tough schedule just keeps getting tougher for the inexperienced Indians of Coach Frank LaRosa of East Bay. Last week, the Indians put up a valiant fight but could not find a way to stop the Raiders of Plant City, falling 42-6. The non-conference loss leaves East Bay at 1-4. Plant City is 2-3 overall and 0-1 in its 7A District 7 loop. 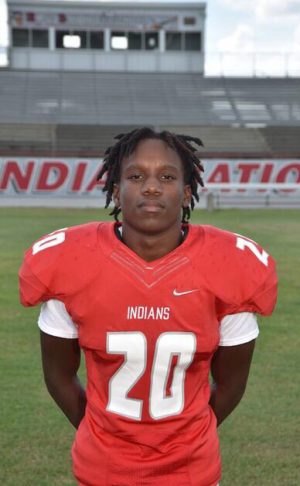 East Bay now has the dubious task of facing the unbeaten 4-0 Tampa Bay Tech Titans on the road in Tampa in a 7A District 8 conference game, the first for both teams. Tampa Bay, mentored by longtime, successful head coach Jayson Roberts, has scored 128 points in its 4 games while giving up only 25. On the other hand, the Indians have been touched up for 176 points in their 4 games and have put only 64 on the scoreboard in splitting its first two games at home and losing all 3 road games.

Last Friday, the Indians trekked to eastern Hillsborough County. But it was a rough night as the hometown Raiders scored once in each quarter of the first half. Then PC exploded for 21 third quarter points to ice the victory and go 2-3 overall. Plant City tacked on another 7 points in the fourth quarter as East Bay made it into the scoring column with 6 points on a 4-yard run by sophomore Armone Bostick, who continues to exhibit very good and longtime potential as an Indian running back.

East Bay played Plant City on fairly even terms in the first half, which was very tough and physical. Plant City maintained a close 7-0 for most of the first half. Then an errant East Bay pass was intercepted, and the Raiders picked up another TD late in the second quarter.

The Indians QB, Jahkese Cruz, did hit on some big chunks for pass plays. One went to Malachi Drayton for 30 yards and another to Ligam Webb for an 11-yard gain. Cruz also withstood a vicious Plant City rush to toss a nice screen pass to Kam Washington for an 11-yard pickup. Coach LaRosa cited seniors Johnny Halaufia-Martinez (7 tackles) and Keyaun Kinney (5 tackles) for their work on defense.

East Bay held highly-touted Plant City receiver Mario Williams to one catch for 20 yards but could not deal with PC’s one-two punch on offense and one-two punch on defense. When they had the ball, Plant City depended on running back Zamir Knighten. The senior rushed for 118 yards of PC’s total of 281 yards on the ground. Plant City QB Makenzie Kennedy also threw for a pair of TDs. On defense, the Raiders were led by the 12 tackles each from seniors Tanner Gibbs and Emmanuel Baez, who also helped Plant City recover 3 East Bay fumbles.

East Bay appears to be outmanned and undersized compared to its opponents. But the Indians players always show a lot of fight under LaRosa, and many of them go both ways due to a lack of depth. They will need that ferocity and stamina this Friday night against the Titans of TBT.

A couple of seniors who have contributed in big ways throughout the season to the Indians are #14 Knelin Jones and #17 Jahkese Cruz. Kenlin is a workhorse from his running back slot on offense and turns around at times and mans the secondary when opponents have the ball. Cruz, also a senior, carries most of the passing responsibilities on offense. On defense, LaRosa has a pair of reliable juniors: #45 Trevor Freel at middle linebacker and #52 Gregory Graham who also plays some fullback as well as inside linebacker.