A full-length feature documentary will spotlight Catriona and Randy Humphrey and their four children as they deal with the struggles and joys of raising their youngest daughter and sister, Fiona, who suffers from a rare disease, Sanfilippo Syndrome. 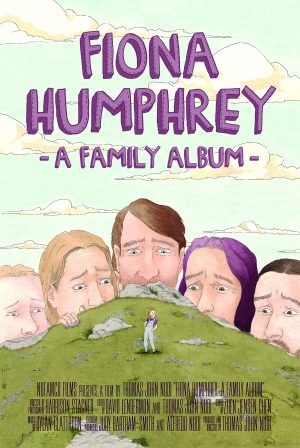 Sanfilippo Syndrome is a genetic disorder that prevents the breakdown and recycling of cellular waste, creating a toxic buildup of heparin sulfate. According to the Cure Sanfilippo Foundation website, this buildup of heparin sulfate, especially in the brain, leads to “speech problems, developmental delays, challenging behaviors, extreme hyperactivity and poor sleep.” The ultimate prognosis for Sanfilippo Syndrome is usually death of the victim of the disorder in mid-to-late teens.

“We are trying to raise a little awareness for Sanfilippo because no one knows about it,” said Randy Humphrey. “There’s millions and millions of dollars going to cancer (research) every year because everybody knows cancer, and they know there’s some sort of cure for certain types.

The idea to make the documentary came up when Humphrey met Nudi at the house of a mutual friend, Judy Bartram-Smith, who is an executive producer of the film. Nudi mentioned he was a filmmaker and had just finished his last feature narrative, Monty Comes Back in 2016.

“Randy had implied they needed some type of media information piece like maybe for YouTube,” he said. Nudi started filming around May 2017 and just finished the post-production the first week of September. 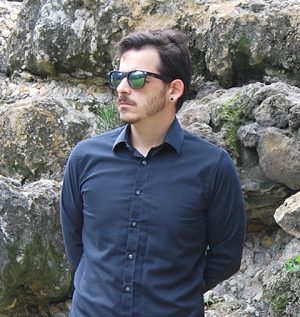 “I connected with the family despite never being in a situation like theirs before,” said Nudi, who earned a master’s degree in film production at Chapman University’s Dodge College Of Film & Media Arts in Orange County, Calif.

“They are a pretty together family, considering what they have to deal with,” he said. “They have a more positive life despite all the negativity surrounding them.”

This was the first documentary for Nudi, and he said it was a learning process for him. At first he approached it as a short, seven-minute film.“It took colleague David Lendermon’s working with me in editing the film to realize it was a feature.

Nudi is a graduate of Bayshore High School and received his undergraduate degree in creative writing from Florida State University in Tallahassee. His feature film, Monty Comes Back, premiered at the Sarasota Film Festival and won the Audience Award for Florida Feature and the Emerging Filmmaker Award at the Et Cultura festival in St. Petersburg.

Nudi has been published in SLAB, Blue River, The Virginia Normal and other literary publications. He is a founding editor of Blacktop Passages.

Fiona Humphrey, A Family Album will premiere at the Skyline Indie Film Fest in Winchester, Virginia, on Sept. 12, and has been accepted to be shown at the Rendezvous Film Festival Sept. 26 to Sept. 29 at Amelia Island, Florida.

To learn more about the documentary Fiona Humphrey, A Family Album and Thomas John Nudi, visit the website, www.NuFamCo.com or www.imdb.com/title/tt9689674/?ref_=ttpl_pl_tt.