“This fabulous educational and clinical facility will stand for decades to come as a testament to our commitment to the community in the same way we have proudly served our Erie, Pa., community for nearly a century,” remarked Gannon University President Keith Taylor, Ph.D., at a dedication and blessing ceremony of a new 80,000-square-foot building expansion on the Ruskin campus. About 200 people attended the Aug. 23 event. 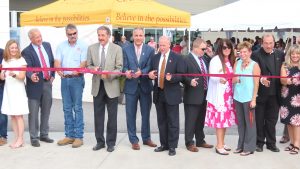 The ribbon-cutting honor was shared by many who played a role in making the Gannon expansion a reality.

Gannon began its foray into Florida in 2014 when it leased 12,000-square-feet of office space in a building that was formerly a Minto Communities new home showroom for Sun City Center. Since then it has acquired the remaining 5,000 square feet in that building, fully renovated the entire 17,000-square-foot facility, developed a new parking lot and built the new three-story building that S.R. 674 commuters have watched being constructed with interest. The new building represents an additional $20 million investment for the growth of program offerings and student enrollment in the Ruskin campus.

Gannon’s student roll has grown from the 28 students enrolled in its occupational therapy doctorate program in 2015 to about 250 currently in seven programs that are supported by a growing team of 30 faculty and staff. The campus is being designed to accommodate 500 students.

“This building is symbolic of our permanence in the Ruskin area and community,” said Steven Mauro, Ph.D., Gannon’s vice president of academic administration. The expansion adds more space for classrooms, laboratories and faculty offices that integrate new amenities, including a fitness center and a common student-gathering area. In addition to Gannon’s initial occupational therapy doctorate program on the Gannon Ruskin campus, a doctorate in physical therapy, an online post-professional, occupational therapy doctorate, master’s in athletic training and master’s in sport and exercise science are offered. the newest programs are a master’s in physician assistant science that started in August with 30 students and a developing program for a master’s in speech-language pathology. 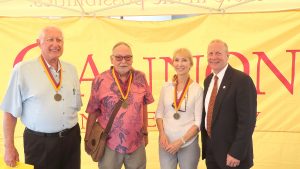 “Today is a monumental step in the development of Gannon University’s effort to advance the quality of healthcare delivery across the region and nation,” said President Taylor. He said the new building provides outstanding learning and support environments that will be used to develop Gannon students into future healthcare professionals, to support faculty and student research, and to provide service to the community.

Sarah Ewing, dean of the Morosky College of Health Professions and Sciences, expressed gratitude for the ongoing support of surrounding communities around the Ruskin campus. “The new building will provide innovative learning environments for our students to learn and apply their learning in ways that allow them to serve the community,” she said. 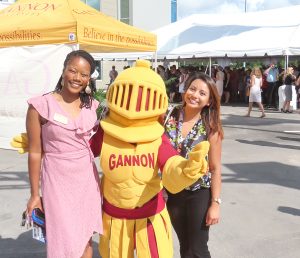 Gannon University is a Catholic, diocesan university that traditionally offers a comprehensive, values-centered learning experience, emphasizing faith, leadership and inclusiveness to prepare its students to become knowledgeable, innovative and socially responsible professionals within their careers and communities. Its two campuses (Erie, Pennsylvania, and Ruskin, Florida,) offer online and traditional associate, bachelor’s, master’s and doctoral programs to a current combined enrollment of more than 4,000. 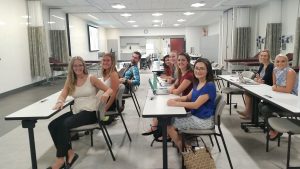