‘Put down the pen’

By STEPHEN FLANAGAN JACKSON
Until nicotine warnings finally created a passé effect for cigarette smoking some 30 years ago, sneaking a smoke in high school was seen as a rite of passage for most 20th-century teenagers. Smoking cigarettes was once perceived as cool: remember James Dean, Marlon Brando, Lauren Bacall and all those sexy cigarette scenes from the movies. You won’t see any of those seemingly innocent scenes anymore on modern broadcast television. 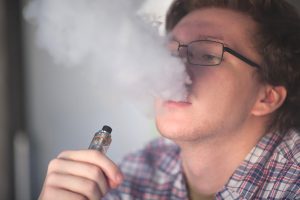 Cigarettes and the nicotine they contain are out, at least for most of mainstream America. E-cigarettes, or electronic cigarettes, and vaping are now in. And since appearing on the U.S. scene some 12 years ago, and, ironically, being touted as a means to cut down or to stop smoking, e-cigarettes are presently considered the number one high-risk substance used by teenagers, as well as by the general public. Befuddled U.S. health officials are scrambling to keep e-cigarettes and vaping away from teenagers. Teen vaping has morphed into an epidemic, afflicting approximately 3.6 million underage users. Now, it’s not only the inhaling of vaporized nicotine but also of other e-liquids or solutions, containing palatable candy or fruit flavors or, possibly, illegal THC oil, that has insidiously worked its way into the culture and grown into a $46.6 billion business.
To combat this current vaping epidemic, Hillsborough schools and law enforcement officials have combined to produce a warning video message that is being shown daily to high school students. Hillsborough County Sheriff Chad Chronister and Hillsborough County Public Schools Superintendent Jeff Eakins have joined forces to warn students about the legal and health dangers of vaping.
The video, which includes high school students, is being shown on the morning show at all Hillsborough County middle and high schools during the 2019-2020 school year. The eye-opening message is meant to warn students of the long-term effects not only of getting caught vaping at school but of vaping with an illegal substance.
In 2018, roughly 25% of Florida high school students reported using electronic vaping devices, a 58% increase compared to 2017. During the 2017-2018 school year, Hillsborough County Schools had 390 incidents involving tobacco, an increase from 178 incidents during 2016-2017. 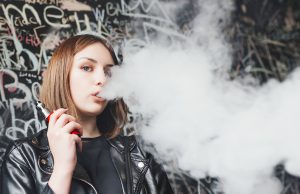 Cigarettes, electronic cigarettes, vape pens or other forms of tobacco are not allowed on school campuses. Any student found in possession, using, distributing or selling any products with tobacco will face discipline to include a civil citation for a first offense and going before a judge to coordinate community service hours, in addition to in-school suspension and parents being called.
If the vape pen or e-cigarette has an illegal substance, such as THC oil in it, the student could be charged with felony drug possession. “A felony has long-term effects on your future,” said Chronister. “Everything from getting a job to going to college will be impacted. Today, we are pleading with students to please put down the pen.”
Eakins reiterated that message, saying, “We want to get this information out to our students, so they can make the right choice not to vape. If they make the wrong choice, students need to understand there are consequences that can live with them forever.”
School administrators host student assemblies during the first week of each school year to go over policies and procedures. The principals will spend part of that time this year talking about vaping and how it can affect a student’s future.
The PSA titled “Put Down the Pen” can be viewed and downloaded from the Hillsborough County Sheriff’s Office YouTube account.
An e-cigarette is a long tube that usually resembles a cigarette, a cigar or a pipe or, in some cases, a pen, thus the “vape pen.” Most are reusable, with replaceable and refillable cartridges, but some are disposable. Students often vape in the bathroom or some other out-of-the-way locale between classes, or they can vape when they are off campus. One-in-five high schoolers reported vaping, according to 2018 federal reports. Forty percent of vapor-users between 18 and 24 had not been smokers of “regular” cigarettes before using the vape. According to the Associated Press, the vaping vehicle, usually a handheld device, heats a liquid solution that usually contains nicotine into an inhalable vapor. Federal law prohibits sales to those under 18, though many under that age say they get them from older students or online.