The Hillsborough County Sheriff’s Office went way out Aug. 6 for kids in the Wimauma Boys & Girls Club summer program at the HCSO Back-to-School Backpack Splash; the event furnished each child with a colorful backpack filled with school supplies.
Representing Sheriff Chad Chronister, HCSO Major Bob Ura, District 4 commander, emceed and thanked the following community partners for making the giveaway possible: Ed Bricker and Cassandra Krause, of the Vista Palms Homeowners Association; the Boys & Girls Club of Tampa Bay; Balm residents Joe and Vicky Sumner and the 6ixthelement Barbershop of Brandon, which provided 27 haircuts.
Mirroring the sentiments of Wimauma Boys & Girls Club Director Ronnie Peacock, who said the event “…means everything to the families involved,” Community Resource Deputy Jeff Merry said,
“I definitely appreciate all the residents of Sun City Center who helped these kids in need have all the supplies they need to start school. Otherwise, they would have started day one without even a pencil.” 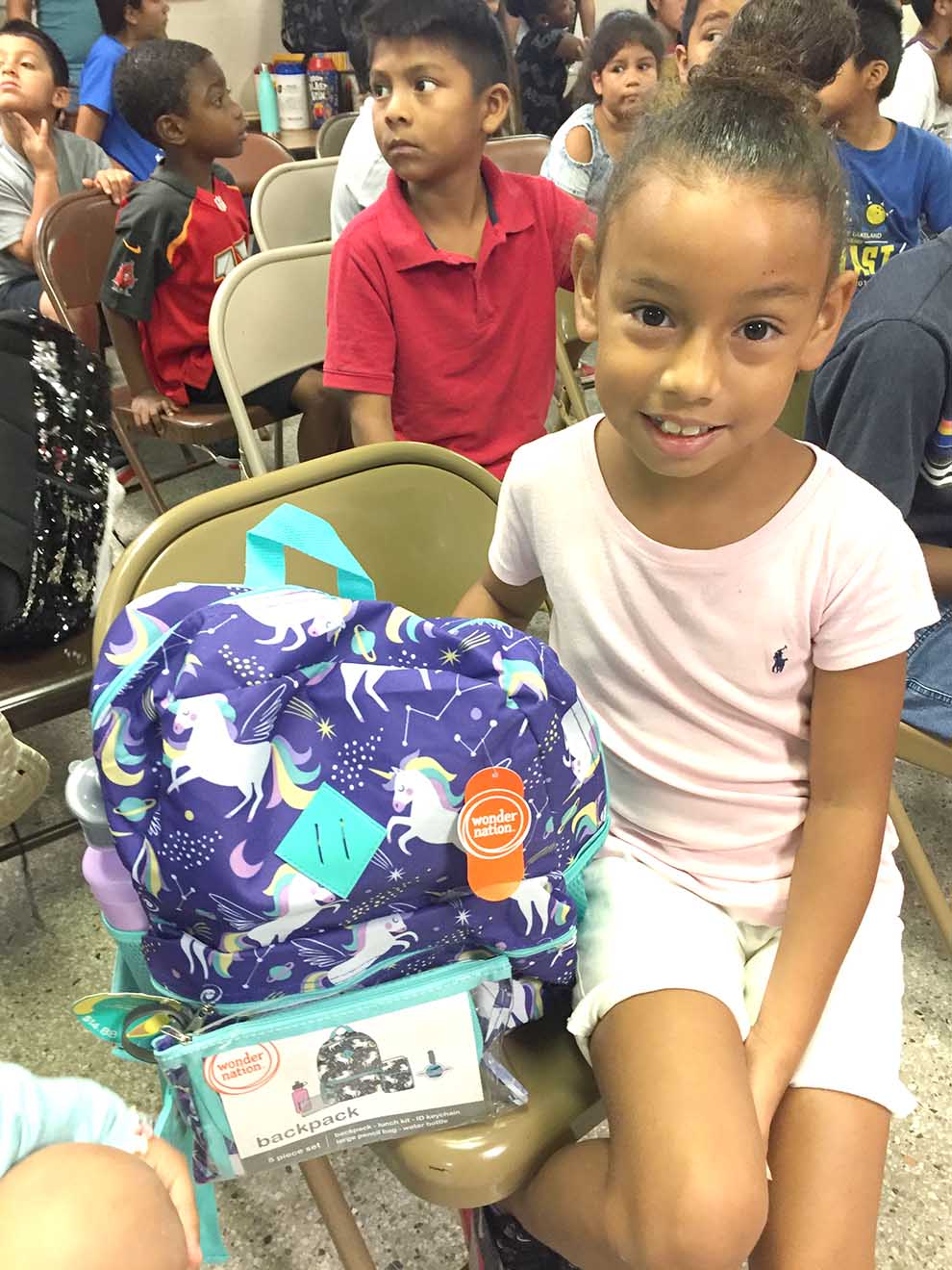 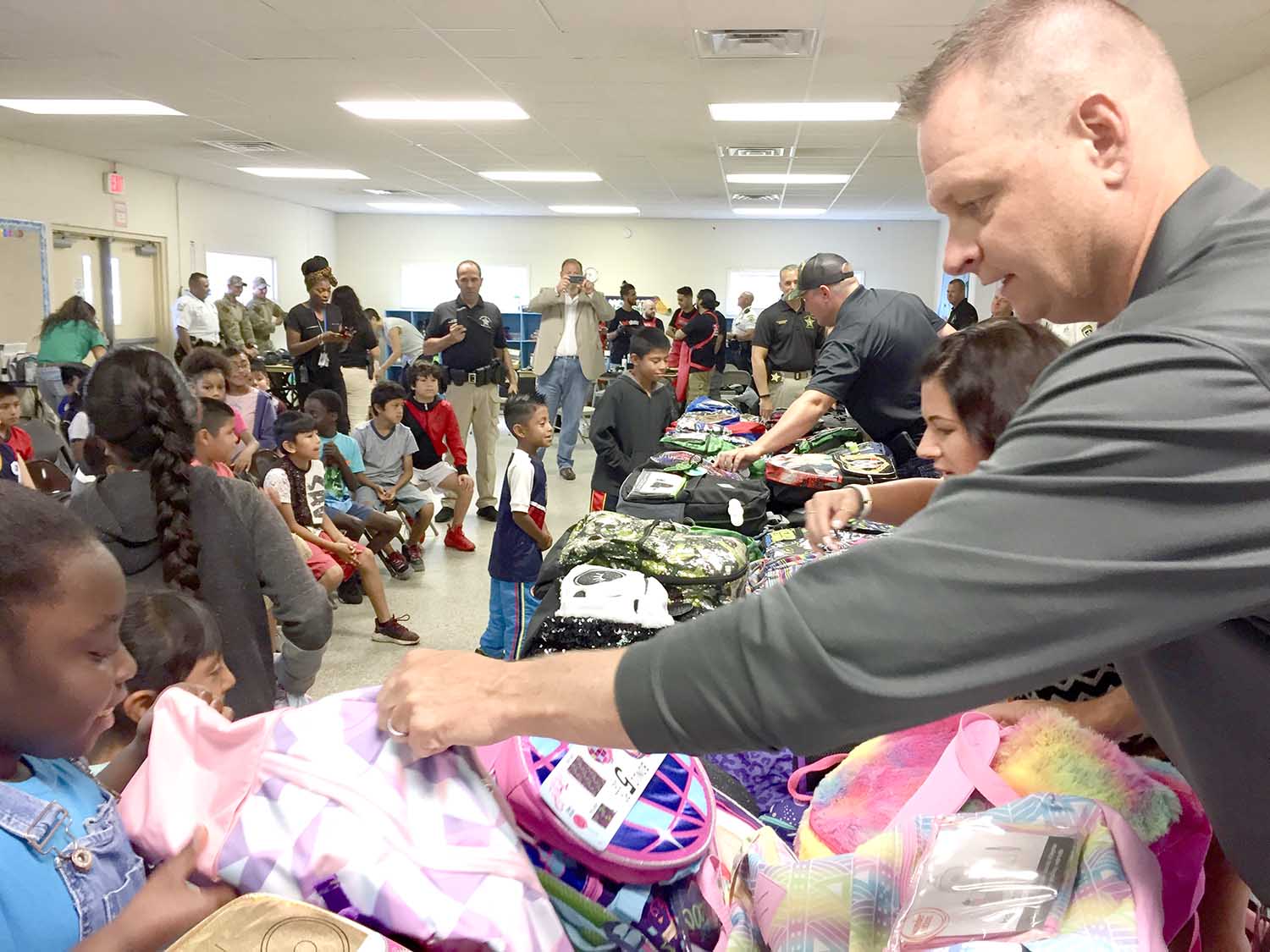 Maj. Robert Ura, HCSO District 4 commander, helps a child get the backpack she wants from a table of more than 60, purchased by Joe and Nikki Sumner of Balm. 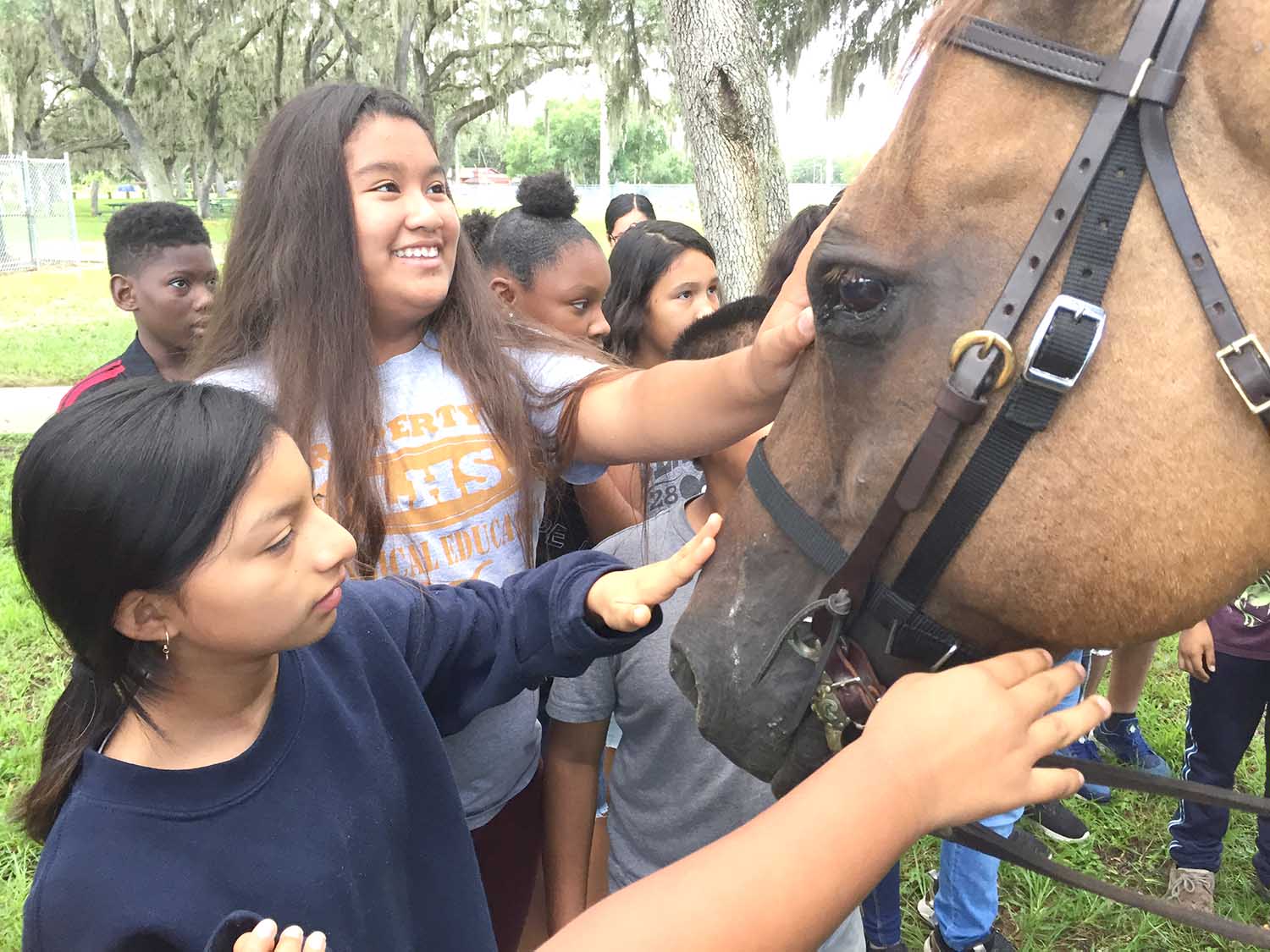 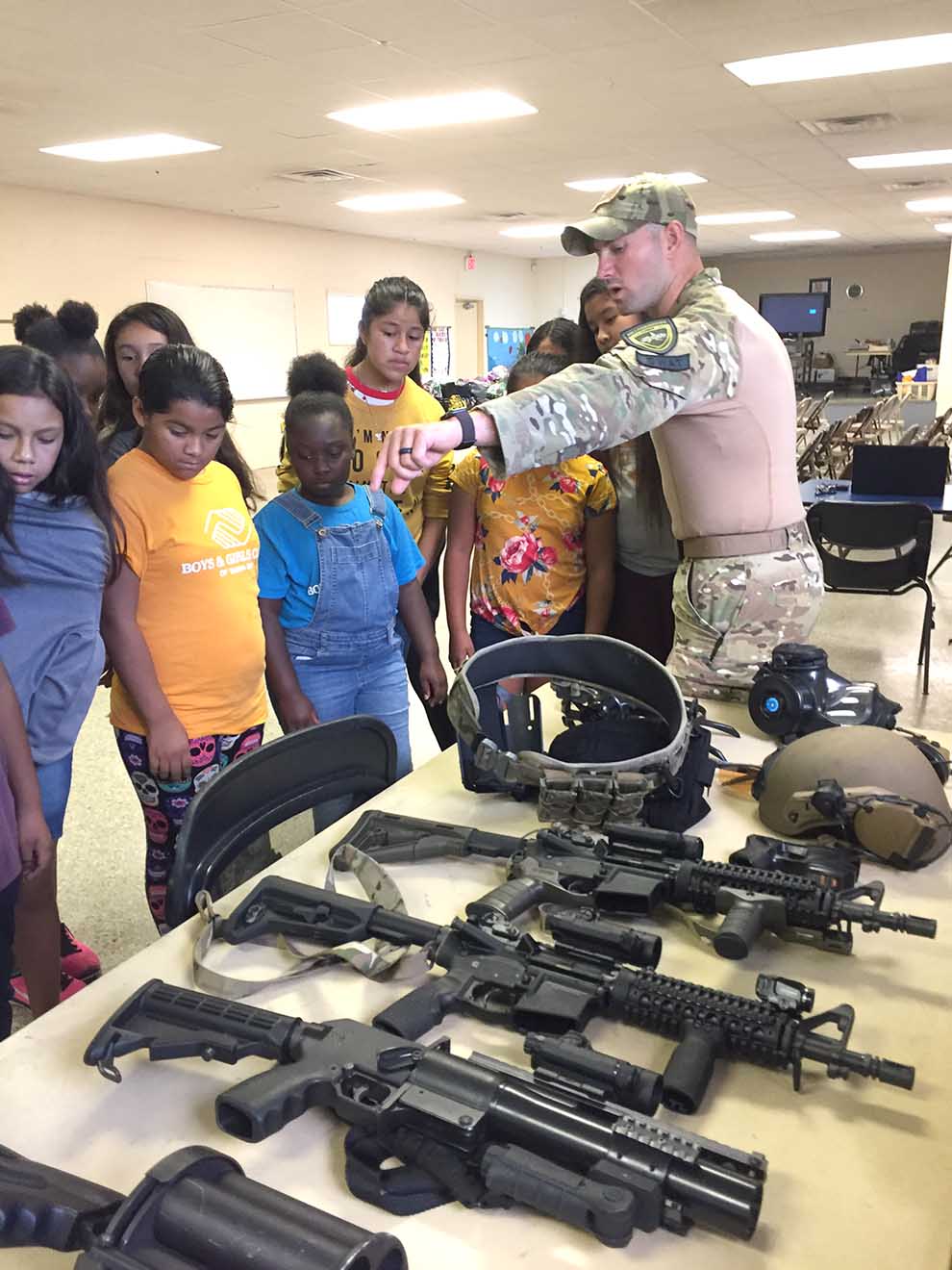 HCSO SWAT team member Trey Larsen talks about what his unit does and the kinds of calls it handles with a group of Boys & Girls Club summer program attendees in Wimauma during this year’s Back-to-School Backpack Splash Aug. 6. 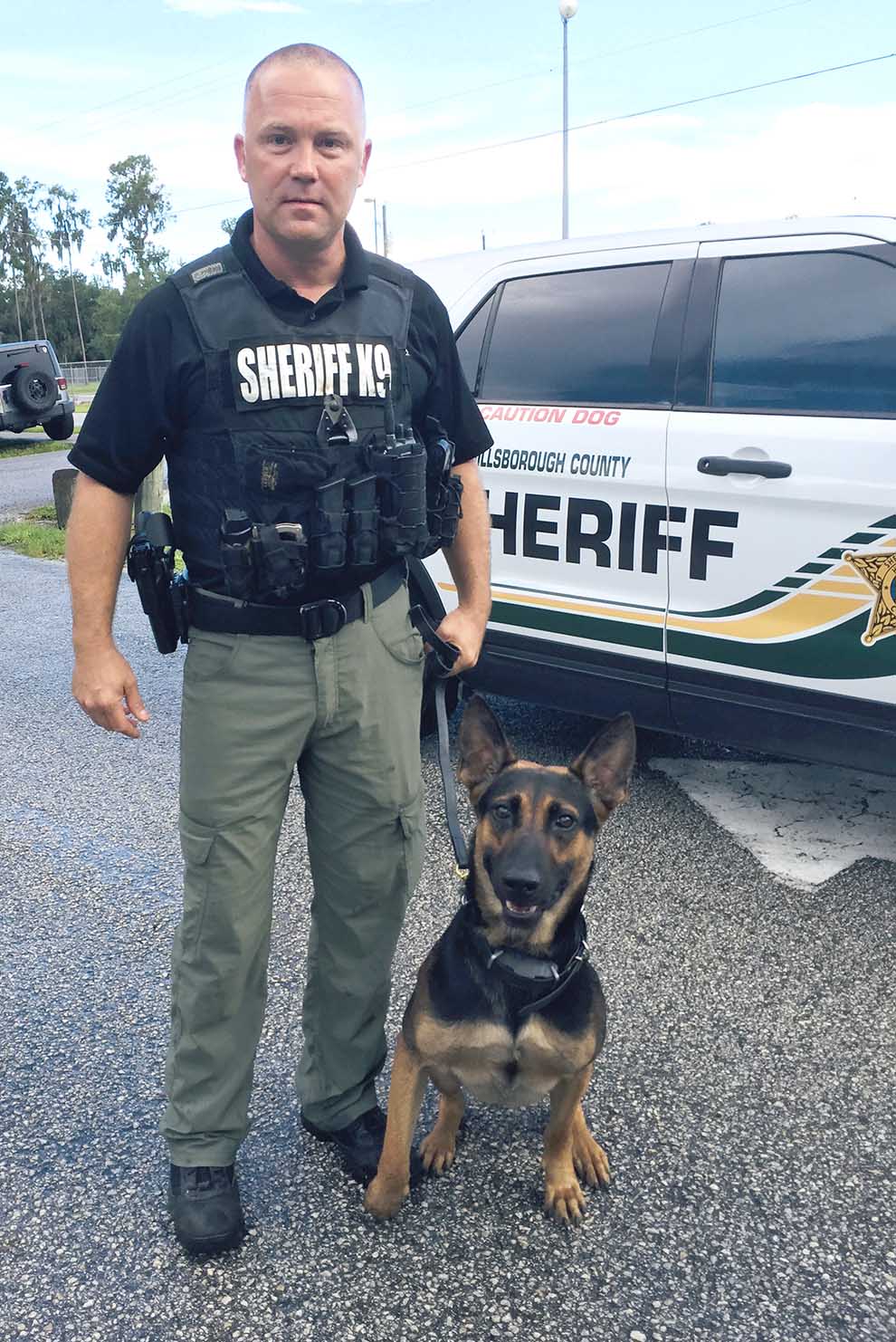 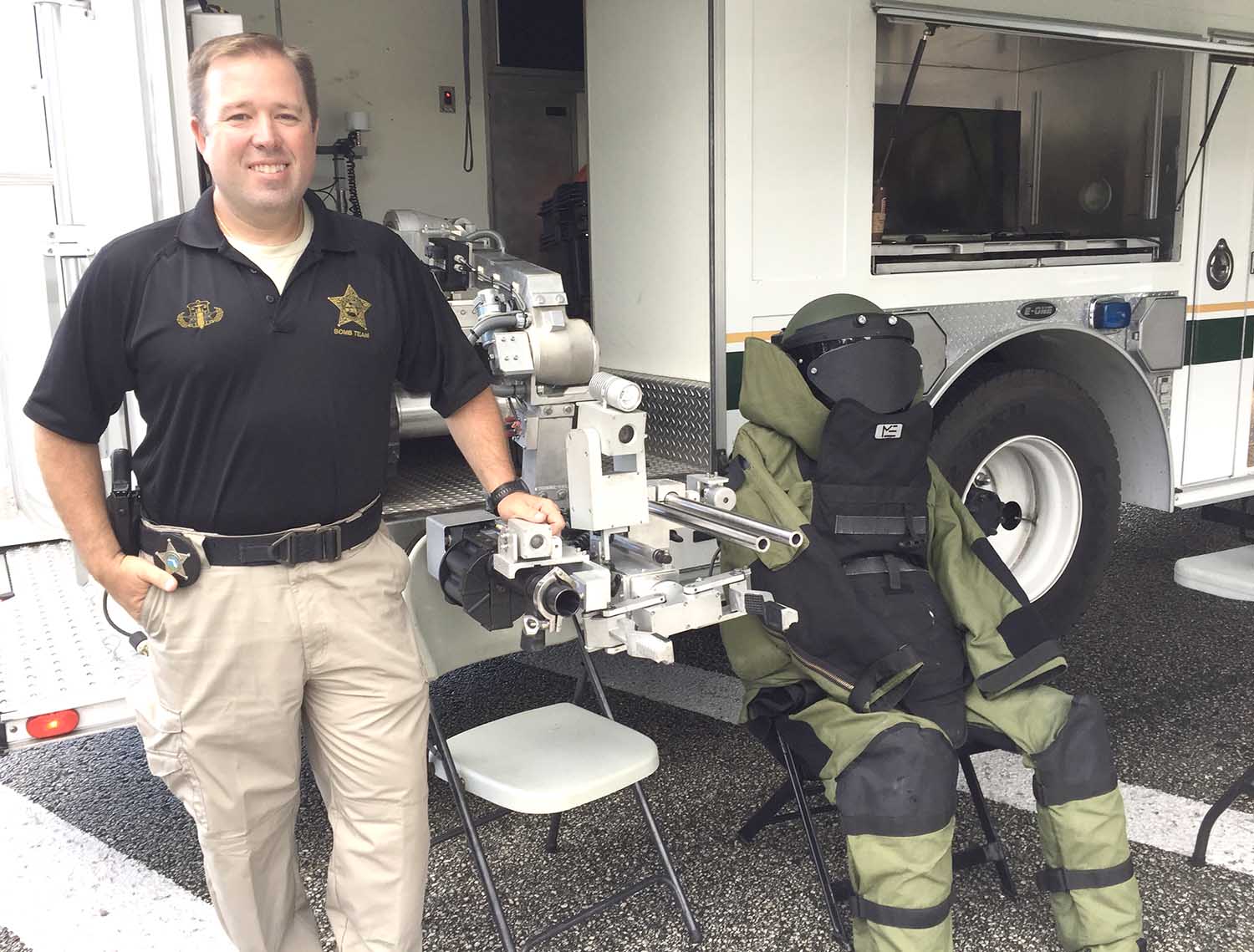 Micheal Wright, of the HCSO Bomb Squad, brought along one of five robots used during bomb scares to show the kids at the Wimauma Boys & Girls Club Aug. 6. 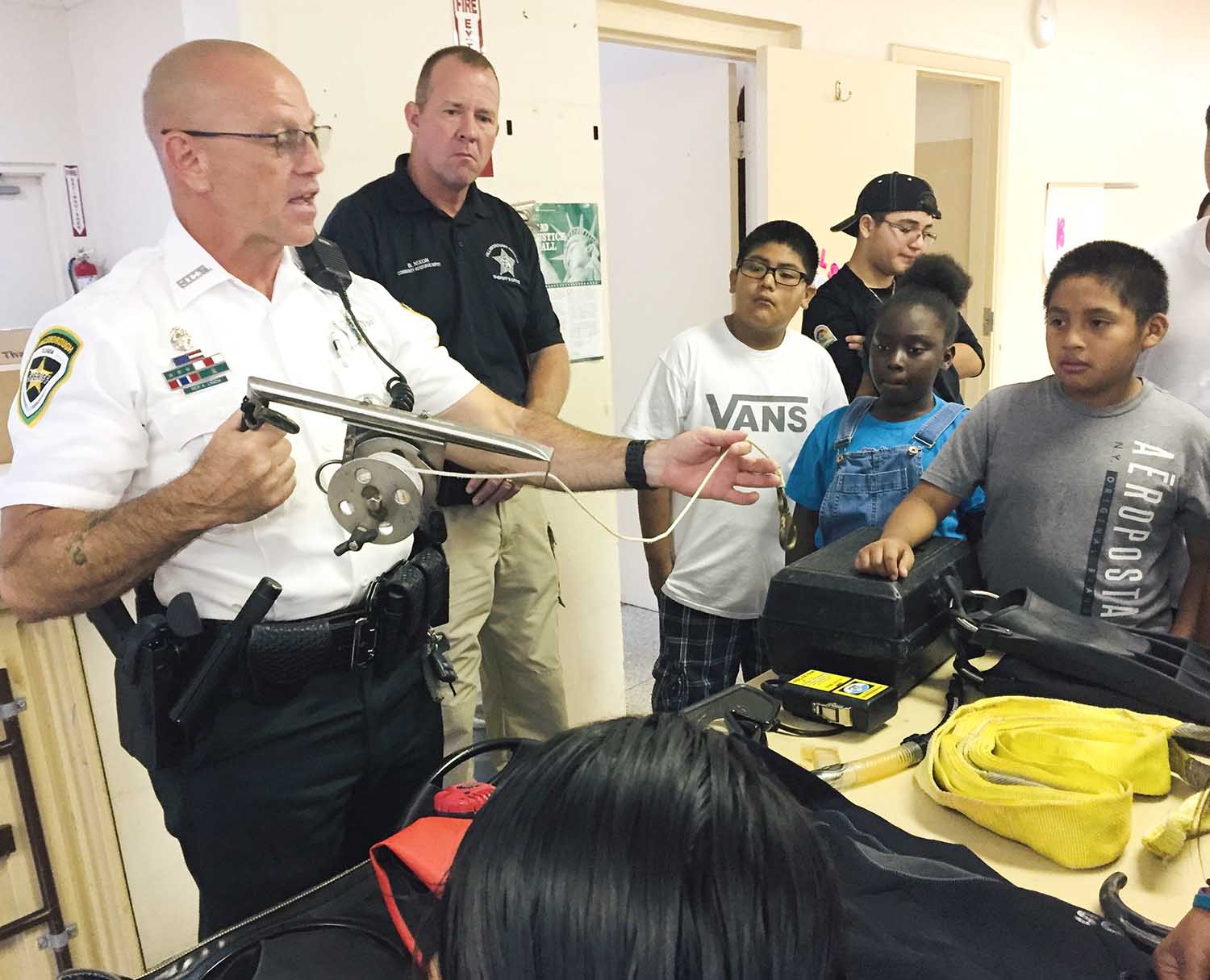 Andrew Lynch, a deputy from the HCSO Underwater Recovery Team, demonstrates one of the tools his unit uses. Standing beside him is Gibsonton Community Resource Deputy Billy Nixon. 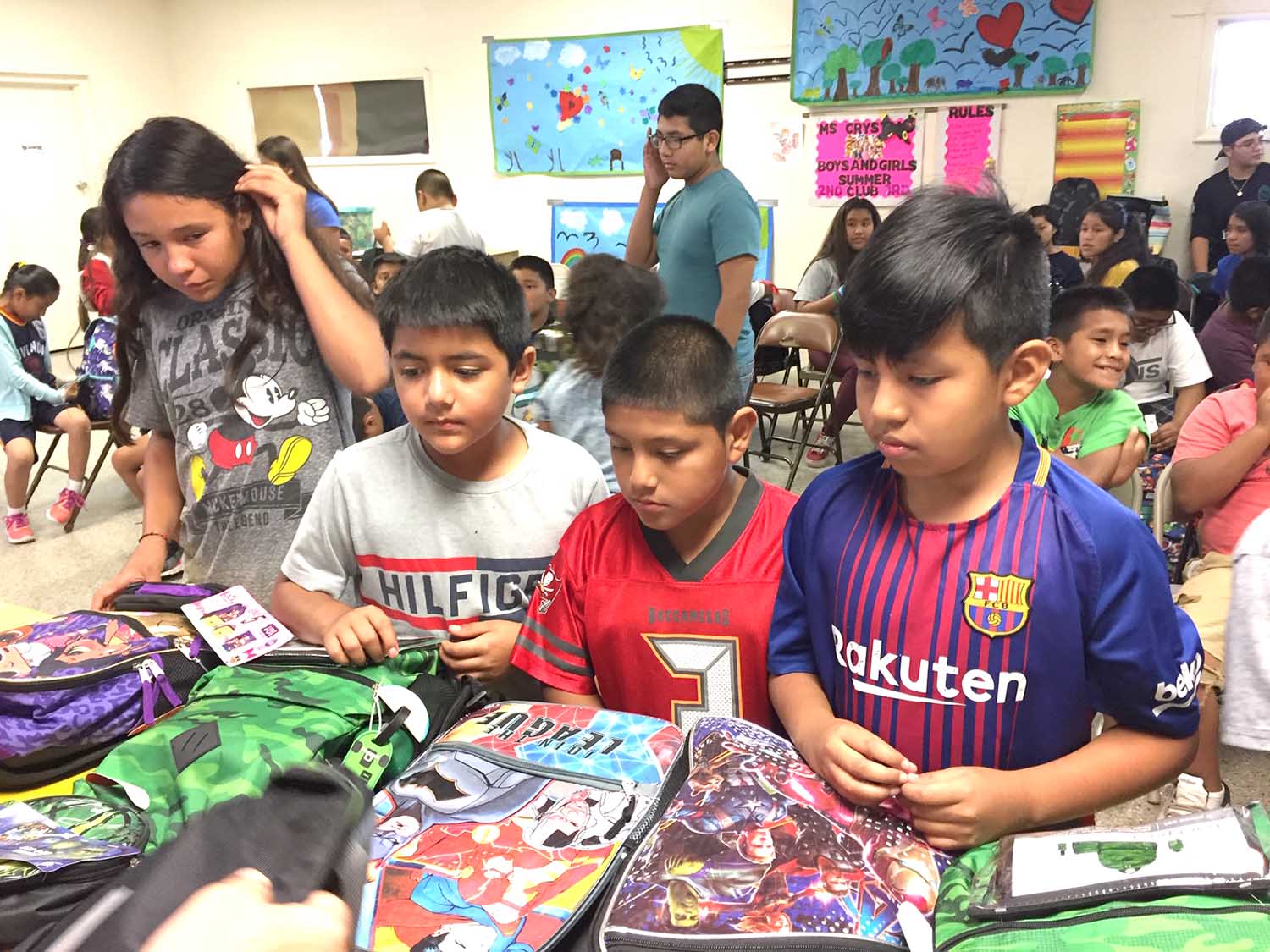 Choosing the right backpack was difficult for some of the 60 children who took part in the HCSO Back-to-School Backpack Splash Aug. 6 at the Wimauma Boys & Girls Club. From left are Victoria Rivera, Jeremiah Tamargo, Eduardo Gonzalez and Osvaldo Lopez. LOIS KINDLE PHOTOS 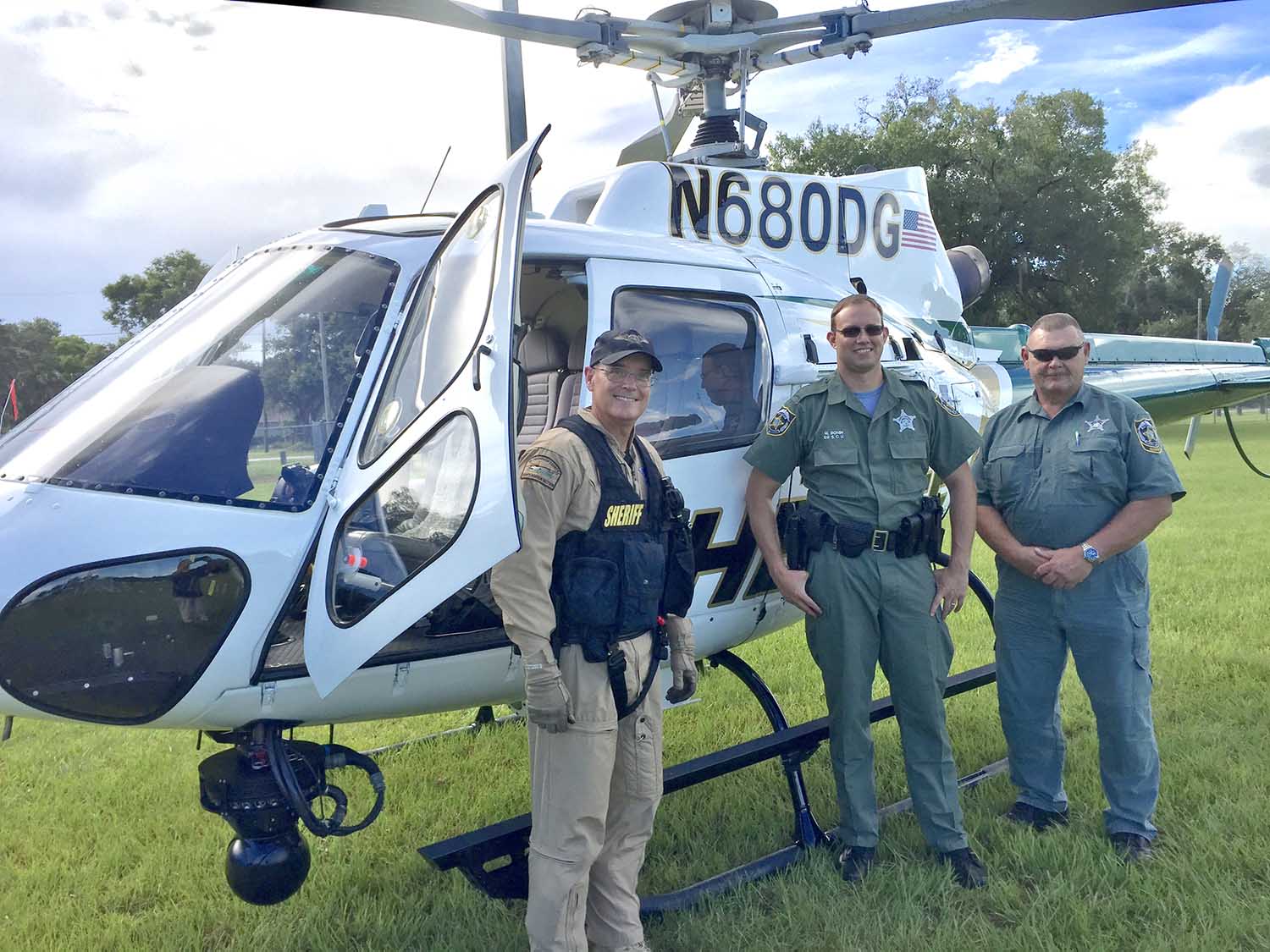 Pilots Jeff Gray and Matthew Bodin, left, and flight officer Carl Rupp, of the HCSO Aviation Unit, stand beside a helicopter they brought for the kids to check out at the Wimauma Boys & Girls Club Aug. 6. 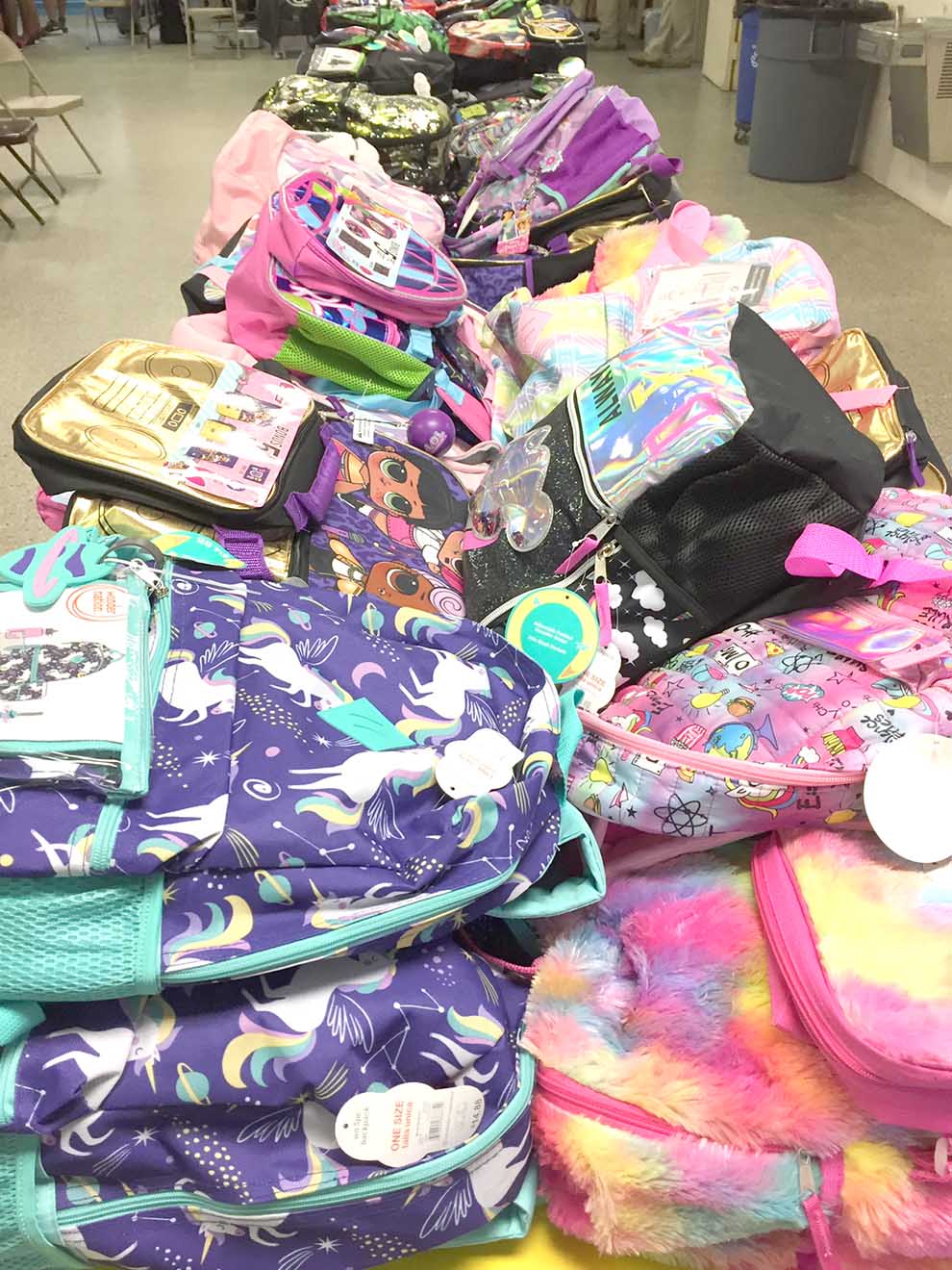 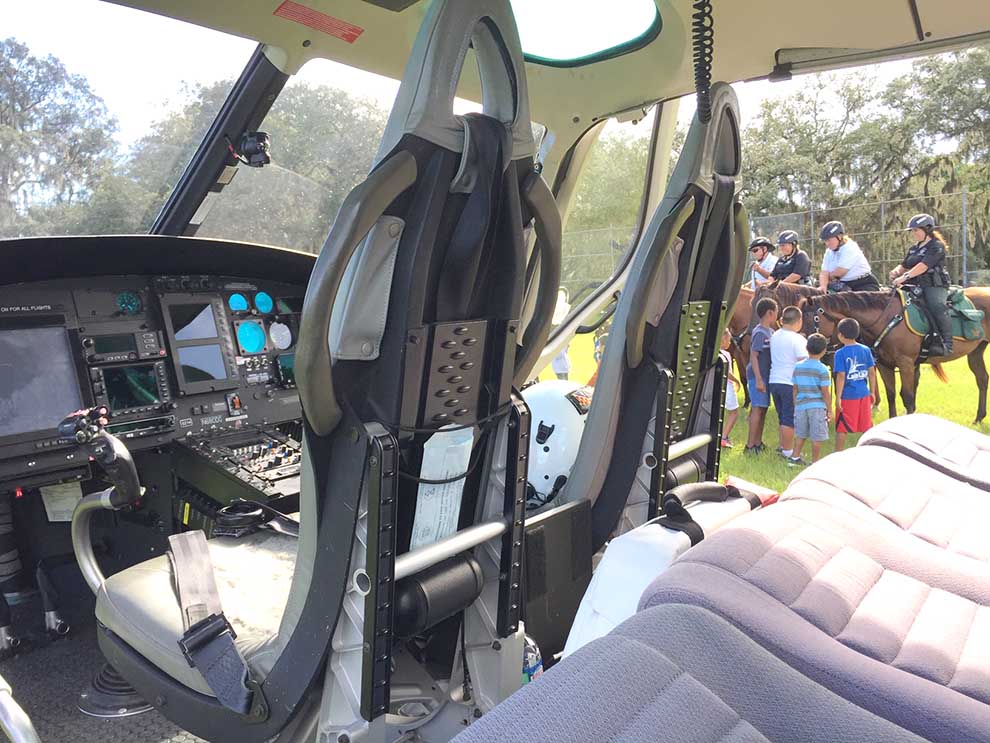 This is an up-close look at the interior of an HCSO helicopter. In the background, children visit with members of the HCSO Mounted Enforcement Team. 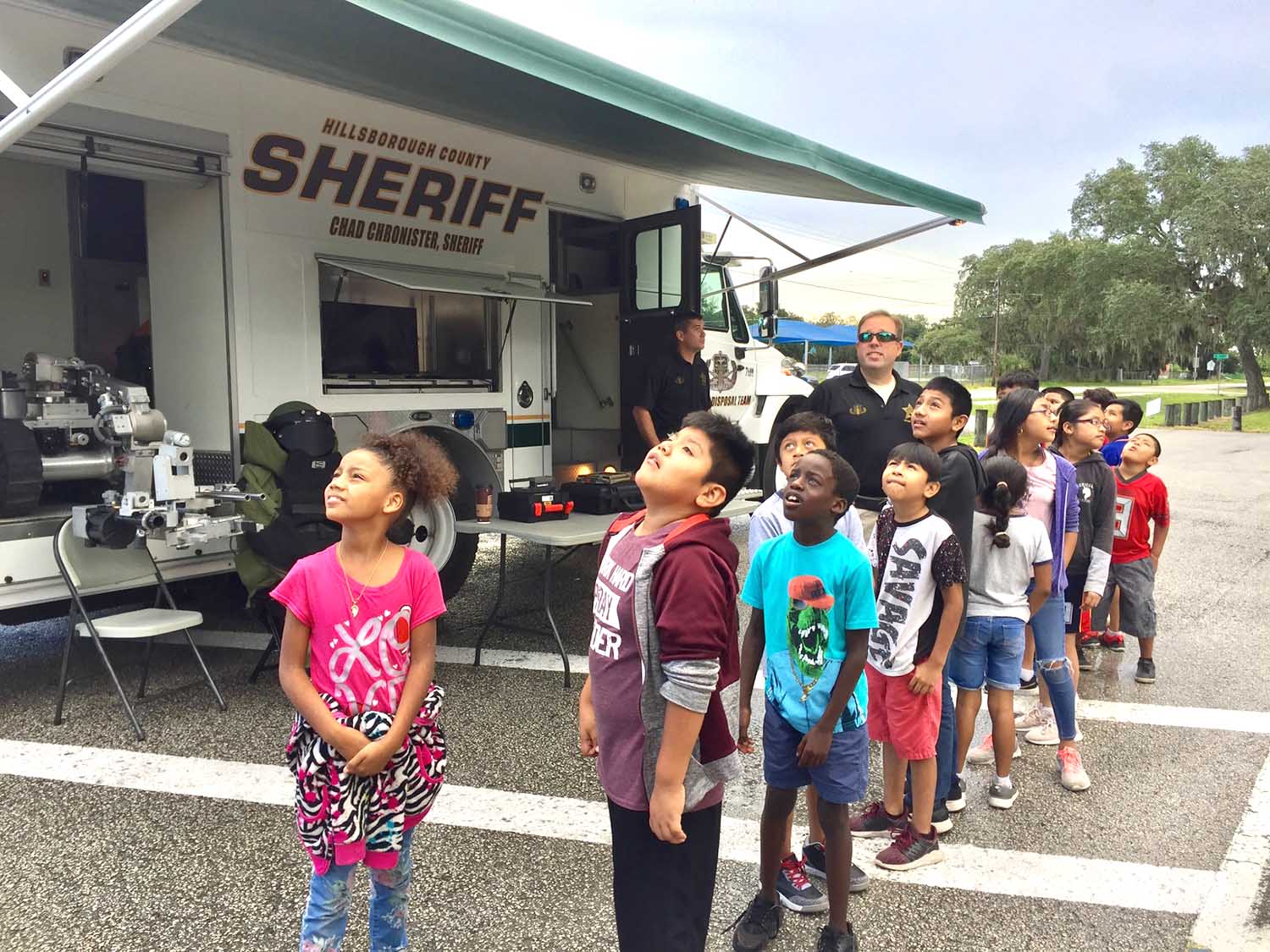 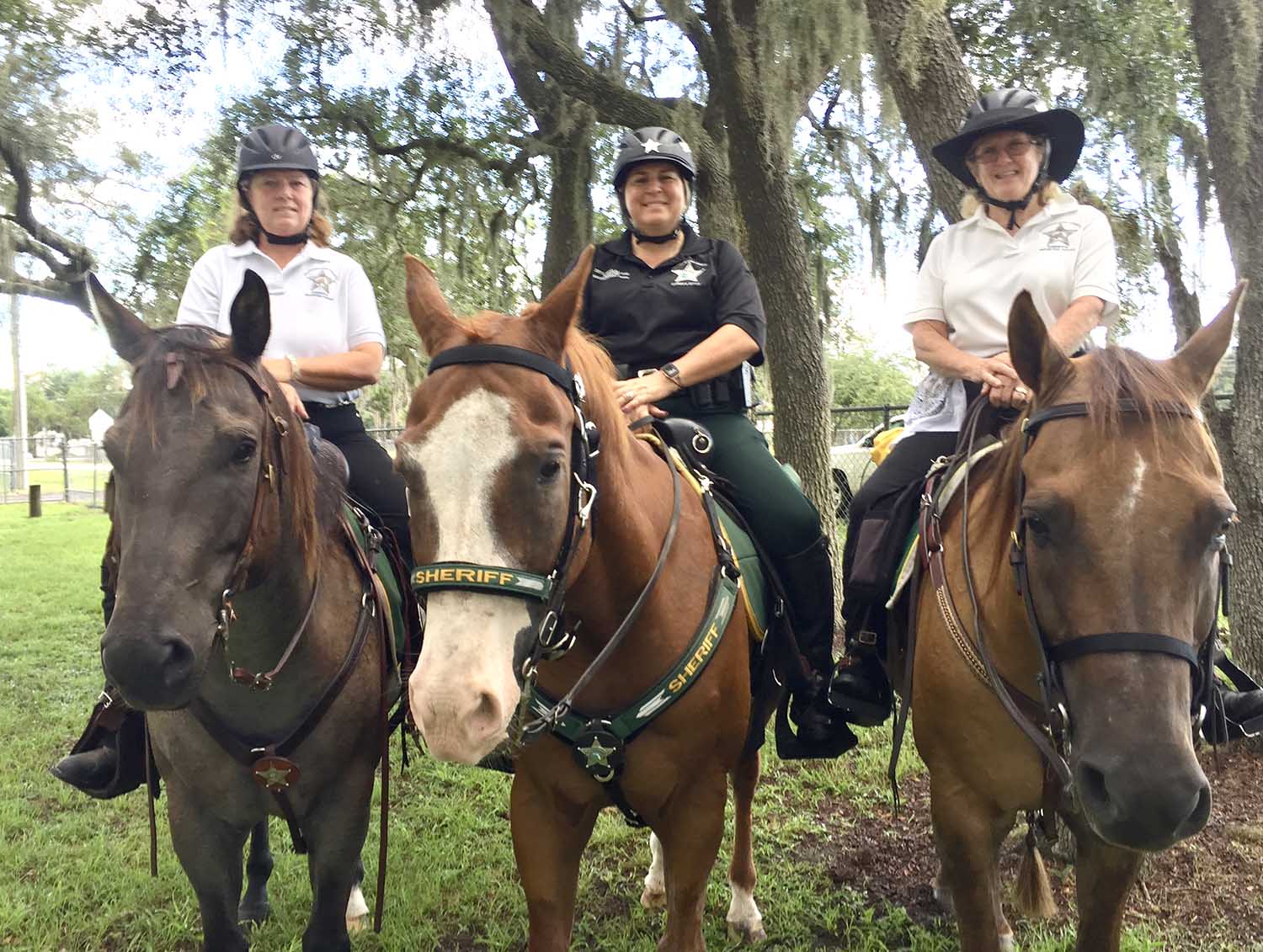 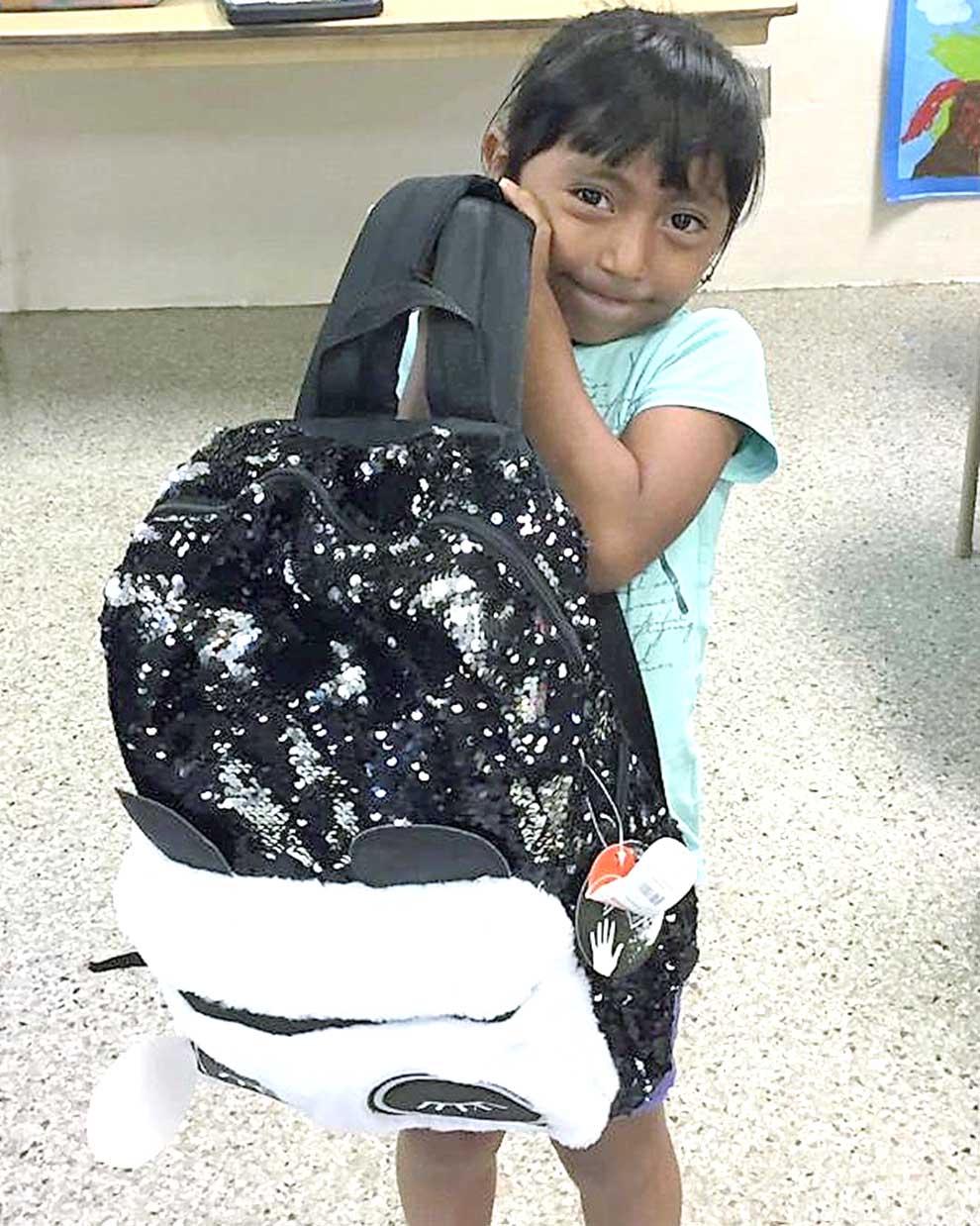 ‘Put down the pen’