By STEPHEN FLANAGAN JACKSON
A two-and-a-half month investigation has led to the July 30 arrest of an alleged pimp for human trafficking in the South Shore area. 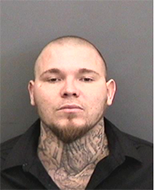 According to Hillsborough County Sheriff Chad Chronister, Steven Tylor Cook, 29, of Tampa, was arrested and charged with Coerce for Commercial Sex Act by Human Trafficking and Deriving Support from Proceeds of Prostitution. Police reports indicate Cook is “a certified member of the Latin Kings gang.”

“Human trafficking is modern slavery,” said the sheriff. “It is something that I, as your sheriff, and we, as a community, cannot stand for. I am proud that our detectives did not stop at the arrest made back in May. They knew there was more to the crimes, and they worked until they uncovered what was really happening. Because of that, the victims are now safe and future human trafficking at the hands of this suspect has been stopped.”
HCSO deputies started their investigation after stopping Cook for driving with a suspended driver’s license in the parking lot of the Comfort Inn, which is on the borderline between Ruskin and Sun City Center, just off S.R. 674 in the Cypress Village area. The police report says deputies snatched Cook out of the vehicle and discovered a loaded .40 caliber pistol in the center console. Cook had refused verbal orders from the police to place his hands on the steering wheel and made a move towards the center console.
This initial arrest was May 17, 2019, after undercover cops had started investigations at several motels in Hillsborough County. The purpose of the clandestine operation was to finger individuals who were actively involved with human trafficking and were advertising on the internet on so-called adult escort websites. Cook was caught as he was dropping two women off at the motel. The women were arrested for prostitution. The women, subsequently, aided detectives as they began to monitor other motels in the area concerning human trafficking.
“Because of them (the women), we were able to talk to some prostitutes and clearly get to the bottom of the investigation and learn that they were being trafficked for sex against their will,” said Chronister.
Police said Cook knew the women were being dropped off at the motel for prostitution and even sent them messages to make sure the money they received was not counterfeit. At that time, Cook was arrested for possession of 10 or more counterfeit bills, transporting for prostitution, driving with license suspended, and felony possession of a firearm.
The HCSO detectives continued their investigation into the prostitution ring. Police believe Cook was the person responsible for utilizing coercion to manipulate the victims to perform commercial sexual activity. The HCSO is requesting any other individuals who believe they may be one of Cook’s victims to call the police at 813-247-8200.
According to the sheriff’s office, warning signs and possible indications of human trafficking victims are
Constantly accompanied by a controlling person or boss, along with not speaking on their own behalf.
Lack of control over personal schedule, money, identification or travel documents.
Transported to and from work, living and working in the same place.
Debt owed to employer or crew leader and unable to leave job.
Bruises, depression, fear or overly submissive.
Clothing or accessories overly sexualized or not age appropriate.
If you think you have come in contact with a possible victim of human trafficking, you are urged to contact the National Human Trafficking Hotline at 1-888-373-7888 or call 911.

A 31-year old Hillsborough County man was arrested Aug. 4, just hours after making a threatening phone call to the Walmart in Gibsonton.
Sheriff Chad Chronister reported the arrest of Wayne Lee Padgett, whose mother worked at the Walmart where he called in the threat. The anonymous male voice called the Walmart at 9205 Gibsonton Drive about 1:17 p.m. Sunday afternoon and told an employee he would be at the store in five minutes and “shoot up your store.”
“This type of behavior seeks to instill fear in people, and it will not be tolerated,” said Chronister. “These criminals that seek to make us afraid to go shopping, to the movies, concerts, work and school are nothing but terrorists,” commented the sheriff. “ We will pursue justice to the fullest extent of the law.” 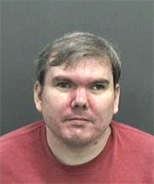 The threat occurred the day after the Aug. 3 mass shooting by a gunman at the Walmart in El Paso, Texas, where 20 were murdered and dozens injured. Early Sunday morning, another active shooter killed at least nine people in a bar and restaurant district in Dayton, Ohio.

The Gibsonton Walmart managers immediately evacuated about 1,000 shoppers after the call. According to the sheriff’s office, five patrol deputies arrived at Walmart within two minutes while customers were still moving to the parking lot. Deputies saw no indication of harm and searched inside “out of an abundance of caution” to be sure no weapons or people were hidden. Once the threat was determined to be false, the Walmart was permitted to re-open at 3:30 p.m. “I could not be prouder of our deputies and their response,” said Chronister. “They arrived within moments and immediately gained control of this chaotic scene.”
The alleged caller, Padgett of Valrico, was located soon thereafter and arrested. Padgett admitted to blocking his number, calling Walmart, and later deleting his call history. He was charged with a felony for making a false report of using a firearm in a violent manner. He is unemployed and has no previous record. The sheriff said no firearms were found in Padgett’s residence, adding that he admitted to “being intrigued over the last couple of shootings the past couple of days.”