Get to know local history at the Palmetto Historical Park

Second article in a series on the Palmetto Historical Park

After the restoration of the historical post office building, renamed the Heritage Station, was completed, the commission acquired a kindergarten building. Built in 1936, it was moved to the historical park, 510 10th Ave. W., and restored as a one-room schoolhouse. 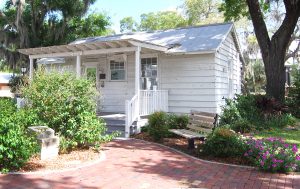 Before being moved to the Palmetto Historical Park, the Cypress House Military Museum was once one of 13 vacation rental cabins, built in the 1930s on the north end of Longboat Key.

Wanting to create a village-like setting that reflected Palmetto in the early 1900s, the commision then moved a small single-family home, which had been built around 1900, and one of several cypress cottages from the mid-1930s, originally located on Longboat Key, to the park. To round out the village, a replica chapel was built. Anchoring the park are the 1914 Carnegie Library at one end and the Manatee County Agricultural Museum on the other.

That single-family home was a typical small bungalow, located across Sixth Street West from the park. Five families, who had lived in the home throughout the years, advised and helped in refurbishing the building. Now called the Cottage Museum, it opened to the public in November 1998.

According to an article written by Park Supervisor Amanda Polson and Park Curator Tori Chasey, those volunteers were so dedicated that they were willing to pay dues to be members of the company. “The fire-rescue squad they had here (established in 1952) was pretty impressive for the 50s and 60s,” Chasey said. “It was pretty advanced for it’s time, and not only was this unit Manatee County’s first rescue squad, but it was the only one of its kind between Tampa and Miami.

“They had equipment like an Aqualung, which was an early scuba-type apparatus, and they had the precursor to the Jaws-of-Life,” she said. “So they had interesting high-tech gear for the time.” 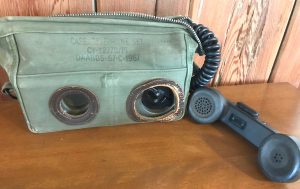 A field telephone from World War II is on display in the Cypress House Military Museum at Palmetto Historical Park.
PHOTO PROVIDED

An article in a local newspaper described the Palmetto Fire Rescue Squad’s using both pieces of equipment in February 1963. They had been called to respond to a small automobile that was being swept off the approach road to the Skyway Bridge and into the water by high winds.

To raise money for equipment, members of this all-volunteer fire department would hold community events, such as fish fries, barbeques, and even a stage production called “Cornzapoppin,” where local community leaders performed in what was advertised as “A Gran’ Ole Opry with Local Talent,” according to records at the Carnegie Library.

The Cottage Museum also showcases displays of dolls from the collections of Josephine Harrison and others, antique radios from Belmont Whittle’s collection and Bill and Ada Ormond’s collection of sewing machines.

The Cypress House Military Museum is housed in what was one of 13 vacation cottages, which were going to be demolished for redevelopment of the north end of Longboat Key. One of the cottages was offered to the Palmetto Historical Commission and was moved to the park.

“What we were told was that people would rent them out to stay on the beach in the 1930s, and during World War II, they let officers and their families come and stay in them for R&R,” said Polson. “So when this one made its way to us, we made it a military museum.” Opened to the public on July 3, 2004, the museum contains a growing collection of military artifacts, such as uniforms from local veterans, field equipment, and military literature. 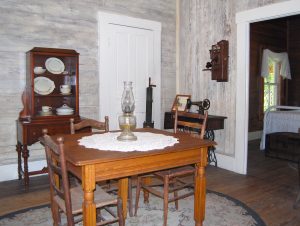 The Cottage Museum, built around 1900, was restored with period furnishings with the help of five families who lived in the home at one time.

In the Carnegie Library collection, the Palmetto Historical Park maintains an archive of tape-recorded interviews with local WWII veterans. “We also have them all on a computer and on CDs,” Chasey said. “So we have them on three different media now — tape, CD and then a digital one.”

The Palmetto Historical Park is offering interactive, curator-led tours at 2 p.m. Tuesdays and Wednesdays during August. These tours are custom-tailored to the interests of the visitors. Hands-on activities are available for children, and history buffs will be given more in-depth stories about Palmetto’s past. The tours begin upstairs in the Carnegie Library, where visitors can play with a vintage toy exhibit. After the tour, visitors can stop into the Manatee County Agricultural Museum for a self-guided tour and interactive Junior Ag Spots for the children.

At 10 a.m., Sept. 7, the historical park will host World War II Buffalo Soldier Steve Lewis, who will give a presentation on his experiences. More details about the event will be posted on the park website, www.palmettohistoricalpark.com.

The Carnegie Library is open from 10 a.m. to noon and 1 p.m. to 4 p.m., Tuesday through Friday and the first and third Saturday of the month, with staffing provided by the Manatee County Clerk of the Circuit Court.

From September through May, the park staff conducts school programs during the week from 10 a.m. to 1 p.m. Visitors are advised to call ahead to check for staff availability. 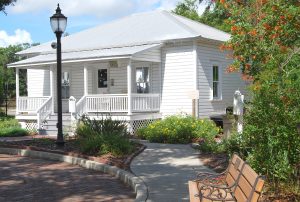 This single-family home, built around 1900, was located on Sixth Street West, across the street from the Palmetto Historical Park and was moved to the park in 1998 to become the Cottage Museum.
CARL MARIO NUDI PHOTOS 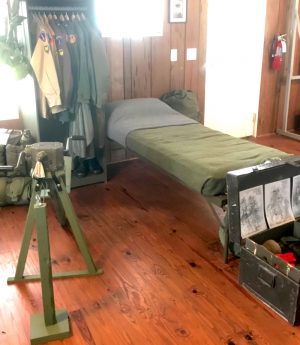 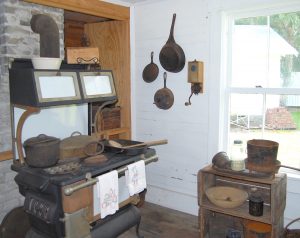 The Cottage Museum has a wood-burning stove, typical for the time when the home was built. 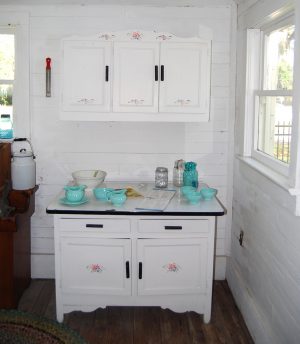 The kitchen of the Cottage Museum is furnished with period cabinets and kitchenware. 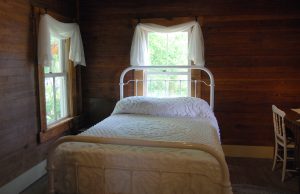 The iron-rail bed in the Cottage Museum is typical for a home built in the early 1900s. 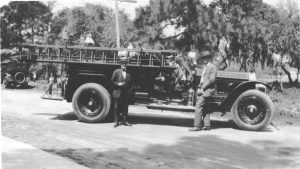 This LeFrance pumper truck, brand new at the time, had to be returned during the Great Depression when the Palmetto Fire Department could not make the payments on its $15,000 loan.
PHOTO PROVIDED 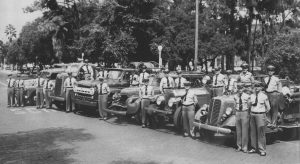 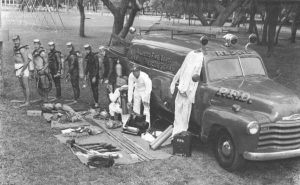 Members of the all-volunteer Palmetto Fire Department Search and Rescue Squad show off their life-saving equipment in a photo from the 1950s.
PHOTO PROVIDED