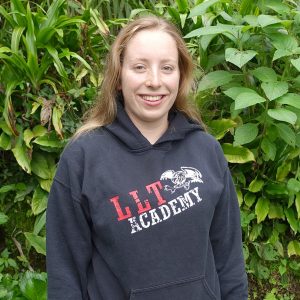 A Riverview high school student extended her world beyond Big Bend Road and the Alafia River for a few weeks in July.

Savannah Crone, 17, embarked on a unique two-week course on a summer expedition to Panama and Costa Rica with Outward Bound Costa Rica. Among the highlights of this informative, educational trip to Central America, Crone participated in the conservation efforts of endangered sea turtles, learned to scuba dive, and experienced wakeboarding on Costa Rica’s famous beaches.

Crone jumped right in, so to speak, as she began the course on a scuba diving trip to the remote island of Solarte, Panama, in the Bocas del Toro Archipelago on the Caribbean coast. She earned her scuba certification and enjoyed a once-in-a-lifetime night dive through bioluminescent waters.

Crone then took to the surface of the ocean. She began a sea kayaking expedition in the same Bocas del Toro islands by learning the basics of maneuvering and bailing in the kayak, prior to venturing out to paddle through the beautiful islands. Crone was part of a group of American students who volunteered for service projects in remote communities, put their wakeboarding skills to the test, and visited Sloth Island where they spotted the camouflaged, lazy sloths, perched in a canopy. 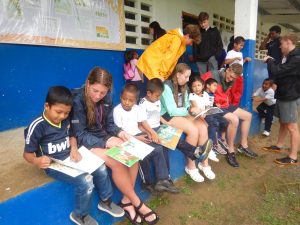 Crone then volunteered on a multi-day service project in the San San Pond Sak wetlands, located on the Caribbean coast of Panama. She and other volunteers worked with local biologists to protect the endangered leatherback sea turtle population by building habitats; cataloging nests; measuring, weighing and releasing hatchlings; and performing night patrols to protect mama turtles as they lay their eggs. Crone immersed herself in Caribbean culture and worked alongside her coursemates, cooking with local ingredients, sleeping under thatched roofs, and learning firsthand about the way of life in these small island communities. Asked about the most meaningful part of her experience with Outward Bound, Crone readily identified “the relationships with my coursemates and instructors.”

According to Crone, “ I never thought that I would know all of these people like I do now. They are true friends because we went through thick and thin over my two-week adventures.” 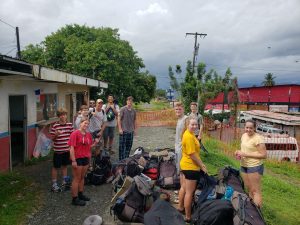 Jim Rowe, executive director for Outward Bound Costa Rica, explained that programs like the one Crone participated in allow for personal and leadership development through challenges, group effort, and cross-cultural understanding. Founded in 1994, Outward Bound Costa Rica inspires a lifetime of growth and a commitment to serve through adventure-based learning. Activities include backpacking, kayaking, surfing, rappelling, and scuba diving, as well as cultural experiences, such as homestays with local families and community service projects focusing on people, construction, animals, marine biology, and environmental issues. For more info, go to outwardboundcostarica.org.

Back to School – Back to Nature

The Trouble with Harry