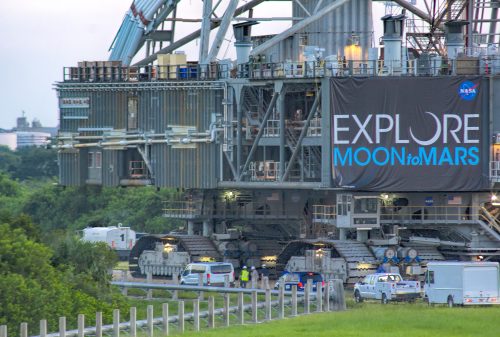 In 1961, President John F. Kennedy challenged the United States to land a man on the moon and return him safely before the end of the decade. In late March of 1969, Apollo 10 made its way to Launch Pad 39B, one of the two launch pads that were built to host the massive Saturn V moon rocket. Apollo 10 would take U.S. astronauts in orbit around the moon as a dress rehearsal for Apollo 11, when men would first set foot on the lunar surface, changing the course of humanity forever. These very same launch pads were also used during the 30-year Space Shuttle Program.

Fifty years later, on a clear and humid late June Florida morning, the crawler-transporter inched its way toward Launch Pad39B at NASA’s Kennedy Space Center, with the new Mobile Launcher precisely placed on top. This rollout is one of the first steps in our return to the Moon and beyond. The mobile launcher will spend the summer at 39B as engineers and technicians test all of its systems and connections to ensure that everything is ready for the next time it arrives with a massive rocket. In 2020 the Space Launch System rocket will fly the Artemis 1 mission around the moon.

By the time we arrived at our first location to view and photograph this historic move, dawn was just beginning to break as the launch tower had already made the turn toward 39B. We watched it slowly move as the sun came up and began to illuminate the massive structure.

We then boarded the bus to continue our tour, passing only a few feet from the crawler and tower along the road that hugs the crawlerway. The crawlerway is about as wide as a typical interstate highway and is covered with Tennessee River rock with a grassy median. This particular rock was chosen because it does not produce sparks when the shoes of the crawler tracks pulverize the rock as it passes.

Standing less than 100 feet away from the mobile launcher as it passed by was nothing short of spectacular. According to Darrell Foster, the EGS ground systems manager, the mobile launcher, without the rocket, weighed in at 6.5 million pounds. He also mentioned that the crews can position the launcher within an inch in any direction. It is amazing that a machine so large can be moved with such accuracy and precision.

With the 50th anniversary of the Moon landing this month, it was exciting and fitting to see progress toward our long-overdue return to the Moon. 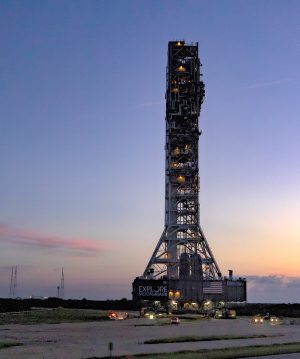 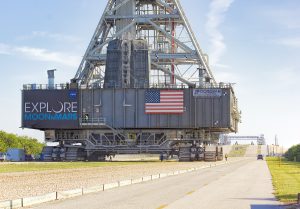 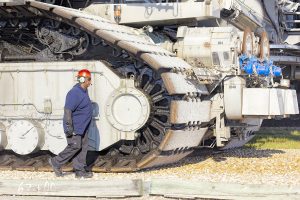 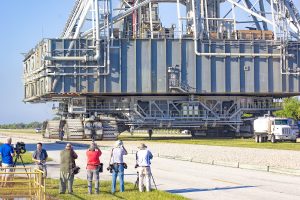 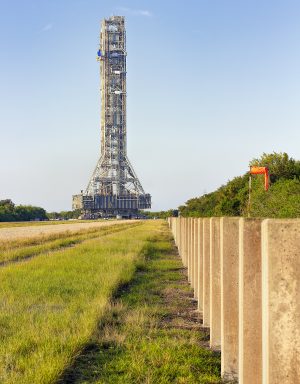 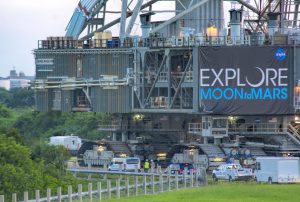 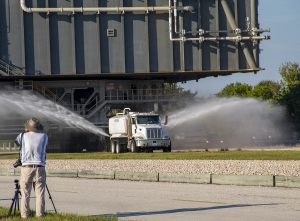 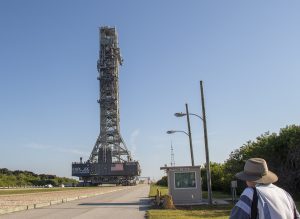 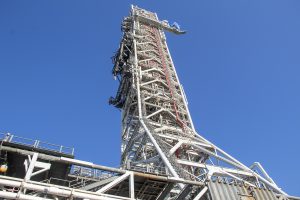