One of America’s finest will be honored from 10 a.m. to 1 p.m. July 27 at the Firehouse Cultural Center in Ruskin. The Homes for Our Troops event will be a community kickoff for the building of a specially adapted home in Wimauma for former Army SPC Michael Monthervil, who was severely injured while serving in Afghanistan. 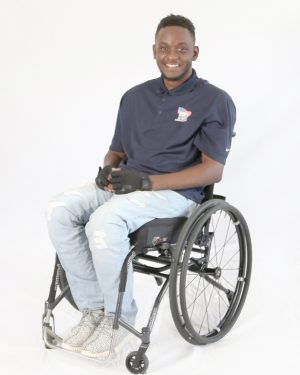 Former Army SPC Michael Monthervil, 26, is the recipient of a specially adapted home to be built in Wimauma that’s funded by Homes for Our Troops. A special community kickoff will take place from 10 a.m. to 1 p.m. July 27 at the Firehouse Cultural Center in Ruskin The public is invited.

“We’re honored to host this kickoff and touched to have been chosen as its venue,” said Beth Stein, events coordinator for the Firehouse Cultural Center. “We’re inviting the entire community to come meet Michael, have lunch and help him celebrate.”

The free event will feature a flag ceremony, presentations by key community members and Homes for Our Troops supporters, and lunch at noon by Texas Roadhouse for those who register online at www.hfotusa.org or by calling the Firehouse Cultural Center at 813-645-7651.

Monthervil, 26, was 20 years old when he enlisted in the Army. Six months after he finished basic training at Ft. Drum, NY, he was deployed to Afghanistan and was three days away from coming back home when a freak accident occurred during a training exercise.

On July 28, 2014, Monthervil fell on his neck and suffered a spinal cord injury. He was medically evacuated to Germany, operated on the same day, and then sent immediately to Walter Reed Army Medical Center in Washington, D.C., where he stayed for 19 days. He was transferred to the James A. Haley VA Hospital in Tampa, where he continues to receive rehabilitation therapy.

Despite his injury, Monthervil maintains a positive attitude about life and pours himself into rehabilitation. He plays with the Tampa Generals Wheelchair Rugby Club and credits the sport with aiding his recovery.

“At first I was angry, but now my life is great,” Monthervil said. “I’m very happy and so thrilled to be getting my first home, one that’s specially adapted for me. It will definitely be a life changer.”

Monthervil’s current apartment in Tampa isn’t wheelchair accessible, which makes completing everyday tasks on his own difficult, and, sometimes, impossible. It has narrow hallways and spaces to turn around in, and much is out of reach for him, he said. Even getting into and out of the shower is a two-hour challenge he wouldn’t be able to face without the assistance of his girlfriend and caregiver Ashley Nickles. His workout equipment is in the living room.

Monthervil found out about Homes for Our Troops through his VA liaison, filled out an application and was called the next day, he said.

“Having my independence back means everything, he said. “It motivates me and helps me see good things for the future. I’m just so grateful to Homes for Our Troops and the donors who make this possible.”

Monthervil dreams of going back to school, having a family and walking someday.

Homes for Our Troops

Homes for Our Troops is a nationwide 501(c)3 nonprofit organization whose mission is to build and donate specially adapted custom homes for severely injured, post-9/11 veterans. Based in Taunton, Mass., it was founded in 2004 by a general contractor who offered to build a specially adapted custom home for an Army National Guard soldier who had been severely injured in Iraq. According to the Homes for Our Troops website, the soldier agreed to accept the gift on the condition that other injured veterans would be made the same offer.

Homes For Our Troops is publicly funded. About two thirds of its operational budget comes from individual donors, various foundations and community fundraisers. The remaining third comes from corporate partners.

Members of all branches of the military qualify. Inquiries can be made online at www.hfotusa.org/inquiry/. Sixteen new veterans are accepted annually.

The Firehouse Cultural Center is at 101 First Ave. NE, Ruskin.