Home OpinionColumns You can be an associate member
Columns

You can be an associate member 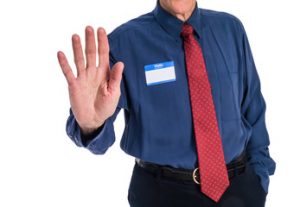 Working Americans expect to retire at age 66, up from 63 in 2002 according to a 2018 Gallup poll. But most retirees don’t stay on the job nearly that long. A plan to work longer isn’t the same as being able to remain on the job into your mid or late 60s. The average retirement age has been 61 since 2011, Gallup claims. Before that, the average retirement age in the U.S. from 2004 to 2010 was around 60.

So what do people do after they retire? I’m asking because I would like to live vicariously through the lives and adventures of my friends and neighbors who have made the big step. I’ve asked a lot of folks what they plan to do with the next chapter in their lives, and the responses were varied.

Some retirees want to travel or spend more time with friends and family. Many want to move, or some will remodel their current homes. Some take up a new hobby or learn how to play an instrument. A few people said quite honestly that they want to do nothing. And that’s okay. You worked hard all your life. Enjoy this free time.

But some people go in a totally different direction. After retiring, they open a new business, teach, get a part-time job or even volunteer (like at a chamber, maybe).

But here’s what I’ve heard around town. I don’t know from whom, so I cannot give attribution. But this person in the know says that retirees usually do nothing for two to three years, and then they want to get back out there. That’s how all our great nonprofits survive in Sun City Center with those reenergized retirees.

You already know the chamber is always looking for volunteers. I know, I’ve told you hundreds of times. However, here’s something I don’t think you know. We have a membership level called the Associate Membership. This membership level was designed for retirees who no longer work nor own a business, but they miss the contact and camaraderie with other business people in the area.

For a mere fifty bucks per year, you can join chamber members at our monthly coffees, lunches and business after hours. The next Business After Hours is at the Salty Shamrock in Apollo Beach. It’s going to be a big one. Come on. Think about it. Chamber members are a fun and interesting group, if we do say so ourselves. Only fifty bucks. I know you’re thinking: How can the chamber do this? We can and we are. Think about joining us. Seriously, you can only watch so many episodes of Law & Order.

Just drop by the chamber and talk with Kristy or me, and we’ll get you all set up. We’re looking forward to meeting you!

Lynne Conlan is Executive Director of the Sun City Center Area Chamber of Commerce. Call her at 813-634-5111, or email lynne@sccchamber.com.