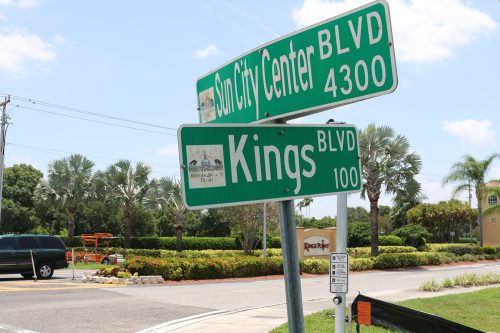 Kings Point, a gated, active adult community is located alongside Sun City Center, a 55+ community of residences and business on the north and south sides of S.R. 674. The two communities are at a crossroads for defining fees for some crossover activities and clubs. STEPHEN FLANAGAN JACKSON PHOTO

No feud here over annual $125 proposal

A problem or a misunderstanding between erstwhile good neighbors in South Shore has not yet reached the point of a feud a la the Hatfields and the McCoys, and the two major HOAs (Home Owners’ Association) factions are looking to resolve their problem in a civil, neighborly manner.

The mild controversy focuses on a proposed fee of $125 a year that the residents in one neighborhood or homeowners association, specifically Kings Point, must pay effective 2020 to use some of the facilities and clubs in the neighborhood or in Sun City Center Community Association on the north side of Sun City Center Blvd. The matter has spilled out into the public realm and has been much bandied about lately by residents of each of these communities.

Through their leadership, residents of both Kings Point (KP) and the Sun City Center CA are working toward an amicable solution. A spokesperson for each released a statement regarding the minor flap. The president of the SCC CA is Sam Sudman. He said: “For many years a perceptible ‘we/they relationship’ has existed between Sun City Center and Kings Point. Scc Community Association (SCCCA) residents have stated that they resented that they pay dues to use CA facilities, but Kings Point (KP) residents come over and use them free.” 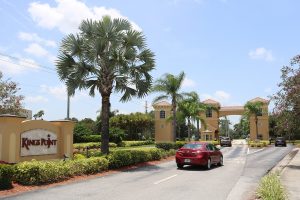 According to Sudman, there is no reason not to live in harmony. “After all, these are our retirement years, and why should they be stressful because of practices that have reasonable solutions?” Sudman pointed out that other subdivisions in the area, including Aston Gardens, Sun Towers and Freedom Plaza residents, pay dues or a fee to use the CA facilities, a practice that was implemented years ago. The CA board took this proposal as an initiative to charge an annual non- resident fee model to simplify the process, according to the sccca president, Sudman.

On June 12, 2019, the community association board of directors voted to charge an annual $125 fee to Kings Point residents for access to CA clubs effective Jan. 1, 2020. No exceptions to this fee were approved by the CA. The KP resident, not the club or organization, would pay the $125 directly to the SCCCA.

The proposed fee is only for KP residents wishing to participate in SCC CA clubs. The fee would apply whether the KP resident belongs to 1 or 10 or more CA clubs. Each CA club, at the club’s discretion, is open to KP residents, subject to space availability. The pools and the fitness center will not be open to KP residents. A separate arrangement exists for the CA library.

Sudman added that it would be an unrealistic undertaking to track and assess this on an individual person, club or per diem basis so the decision to assess this without regard to club or organization affiliation was made. The fee would not apply for attendance at public events, such as the Entertainment Series.

“It is worth noting, that while some individual CA residents and individual clubs take exception to this action, others support it,” said Sudman. He quickly added “The issue of someone’s using CA facilities without charge while CA members have to pay to support their participation is and has been a divisive factor between the two communities for many years.” 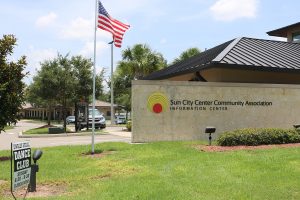 Sudman said the SCCCA does not have specific numbers but does have an indication of the magnitude from the 2012 survey conducted by University of Tampa and Dr. Matulich.

Sudman said that of the 11,002 surveys mailed to SCCCA members, 4,715 (42.89 percent) valid surveys were returned. Of those, 71.65 percent expressed a preference for charging a fee. “While we do not, nor would we likely ever have 100 percent of CA members vote on any issue, as past experience has demonstrated,” said Sudman, “we can safely extrapolate from the above known results. We conclude that CA members overwhelmingly support a reasonable use fee. This is why the SCCCA board made this business decision, a decision it is empowered to do per the bylaws.

“It is our joint hope that the two communities will move closer together. Who knows, some day we both may agree to full reciprocal access, without fees,” pointed out Sudman. He added, “one step at a time.”

Responding in a positive manner from the south side of Sun City Center Blvd. was D. Ryan Setzer, president of the Federation of Kings Point. “The Federation of Kings Point, Inc. Board of Directors hasn’t yet decided where, as a board, we stand on this suggestion or the program structure or pricing as proposed by the CA of Sun City Center,” said Setzer. He said the Federation of KP feels the idea has some validity and that it makes an effort to address and attempts to resolve an ongoing debate that many citizens on both sides of the street have regarding ways to offset the cost of visitors using amenities and clubs, but making no financial contribution toward the larger cost and long-term expense of upkeep and replacement.

Setzer added, “So, while we do feel the concept has merit and could provide a needed equity to the situation, the Federation has stated its support for the concept, but it has not expressly endorsed this (official) version as has been stated. The SCCCA has done an excellent job assimilating information and data on the SCC side of the street,” according to Setzer, “but Kings Point has not had an opportunity to do adequate research on the topic to commit to a course of action at this time. “Therefore, while we (the Federation) are positive on the concept, we still have research and data to collect and analyze to determine its feasibility and effect on property value and marketing efforts for our community,” said Setzer.

In Kings Point, the Rules and Regulation Association essentially develops and initiates the rules for our recreation facilities. The Kings Point West Recreational Facilities Rules Association, Inc. (KPWRFRA) was formed for the purpose of giving unit owners, through their association presidents, an avenue to assist in the establishment of reasonable, proper and necessary rules and regulations on use pertaining to Kings Point recreational facilities. That includes rooms and property used by clubs. Setzer expects that the KP promotion committee will be starting immediately to dig into the details and look at the logistics of this type of offset. They will be examining the pros and cons as it relates to the citizens, clubs, and events of KP and any SCC members currently using our facilities or participating in our clubs. Setzer is quick to point out that, “Of course, we will keep everyone in our community in the loop. I encourage everyone not to rely on social media for information. As you know, it often isn’t based on fact.”

Maintaining a civil and friendly tone, Setzer said, “We do appreciate that Sam Sudman and the members of the CA board let us know their thoughts and intentions. We thank them for starting this conversation and including us in it. We look forward to continuing this discussion and working together with the CA and all clubs in both the CA and KP to develop a program that can accomplish the necessary and productive outcome and be acceptable to all the members of both communities.”