Home News Hamming it up
News

SCC Radio Club hams it up at field days

The airwaves over Sun City Center were unusually busy over the weekend, but the invisible electronic spectrum handled all the traffic with ease. 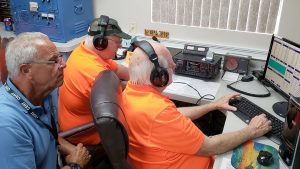 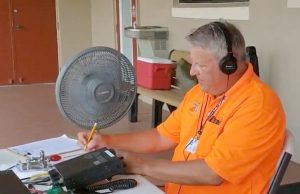 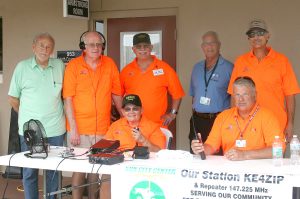 Much of the activity originated from the SCC Amateur Radio Club annual Field Day on Saturday and Sunday. SCC hams connected with over 450 other similar ham stations in 40 states and Canada by using Morse code, digital modes or voice. According to SCC ham Bill Barron, the most-distant station contacted was the Maui Amateur Radio Club in Hawaii, some 4,625 miles away.

Barron also added that the local ham club, established in 1983 and located in the Florida Room at the SCC Community Association, boasts 71 members and has a well-equipped operating station, which is capable of communicating with other stations around the US and the world. Hams communicate using voice, radio-teletype, and modern digital-chat modes, as well as traditional Morse code, although learning CW is no longer a requirement to obtain a radio license and callsign. The club regularly conducts license classes and examinations for those interested in obtaining their callsigns. The club can be contacted via their website at sccarc.info or 813-642-2071.