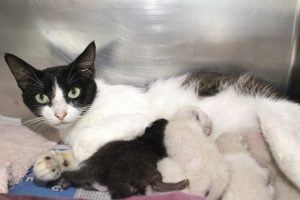 The Hillsborough County Pet Resources Department is asking people to hold off rescuing kittens they think might be abandoned. Instead, monitor them for a while, unless they are injured or are in a place where they are likely to get hurt. It may be that their mother is just off getting food. Kittens that are taken too soon not only require almost hourly attention but may not make it if taken from their mothers.
Photos from Pet Resources.

With Florida now in the throes of “kitten season,” the Hillsborough County Pet Resources Department is urging people to watch out for the babies, but don’t be a “kitnapper.”

“We are trying to provide people with information about what to do if they see kittens without their mom,” said Pet Resources Project Coordinator Lauryn Postiglione. “A lot of times, people feel like they have to go and rescue them when it may be that mom is just off eating for a short while. They often forget that the mom cat needs to go get food and water for an hour or so and then come back,” she said.

“The best thing to do is keep an eye on them. If they are injured or sick or in a bad spot where they could easily get hurt, that is when you should take some action. Don’t automatically assume their mom has left them,” Postiglione said.

From spring through summer, it is “kitten season” and that is when this happens most often. Some of the tiny babies brought in are far from being ready to fend for themselves. That means one of two things: the animal shelter can find a volunteer to care for them every two hours around the clock, or it may mean they have to be euthanized because the county does not have the staff to care for kittens round the clock. 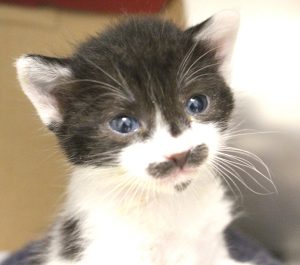 “It happens, especially with kitten season; people will see kittens and pick them up and bring them to us,” Postiglione said. “Sometimes, they are only a few days old. They do better with mom. We want to inform people to keep an eye out. Keep an eye on them, check up on them every 15 to 20 minutes, but don’t just take them.”

Depending on the age, weight and health of the kitten or kittens, the county’s veterinarians will determine the steps to take once they arrive. When a kitten rescue group steps forward, the kittens, called “two-hour kittens,” will go with them to get round-the-clock care.“They will feed them, help them go to the bathroom and clean them. Unfortunately, sometimes, we don’t have anyone to take them, and in those cases, they have to be euthanized.” 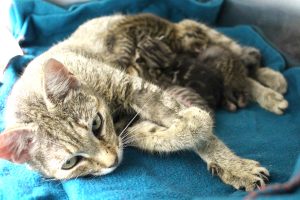 The Pet Resource Center will also try to persuade whoever brings the two-hour kittens in to take them back home and care for them until they get old enough to put up for adoption. “We will provide them with milk and KMR (kitten milk replacement), then they are the ones having to bottle feed or syringe feed them,” Postiglione said.

“The benefits of leaving the kittens with mom are many,” she said. “That way, they are getting the care they need from mom and will be healthier as a result.”

If it is possible to trap the mom and the babies, they can be spayed or neutered, get their ears notched and get released back into the community without the worry of their having more kittens.

This issue really ramps up at the start of spring. Postiglione said. “We are going to see a lot more. We encourage spay and neuter and TNVR, which is Trap, Neuter, Vaccinate and Release. “We work with the Humane Society to do that. They get a notched ear and a rabies vaccination before being released.”

Field Day for hams to strut their stuff