About 100 people interested in helping the Critter Adoption and Rescue Effort build a larger, more modernized, no-kill animal shelter helped kick off of its Build It! capital campaign to raise $3 million. The event took place at May 31 at the Sun City Center Area Chamber of Commerce.

The original building housing the shelter was built in the early 1960s, is in continual need of repair and is too small to meet C.A.R.E.’s growing needs to serve the community. 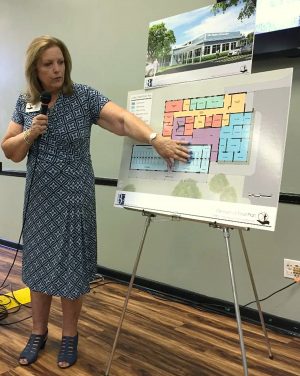 Penny Smith, C.A.R.E.’s current board president, reveals the proposed floor plan for a modernized shelter the organization plans to build as soon as it can raise $3 million. LOIS KINDLE PHOTOS 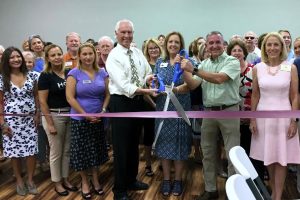 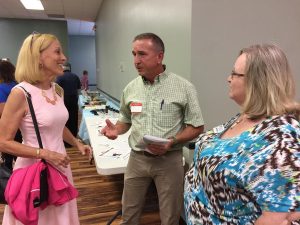 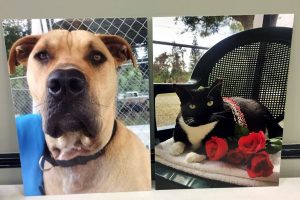 C.A.R.E. exists to help homeless animals like Marmaduke, left, and Angelina. The new shelter C.A.R.E. wants to build will enable it to provide temporary shelter and rehabilitation for more stray and abandoned animals than it can now. LOIS KINDLE PHOTO 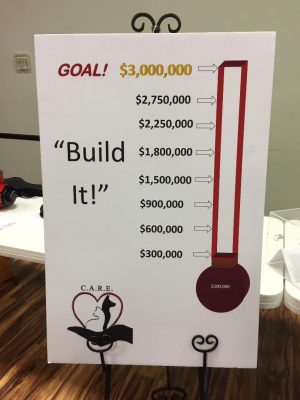 C.A.R.E. needs the community’s support to fill in this thermometer representing the amount of donations being collected as the campaign proceeds to its goal of $3 million. LOIS KINDLE PHOTO 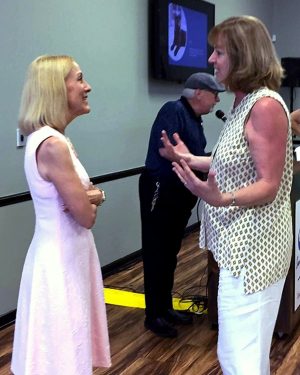 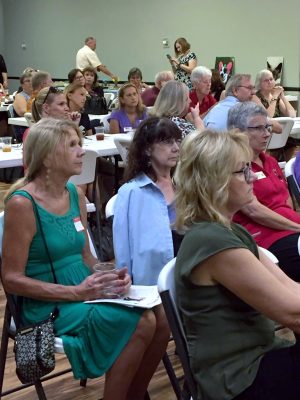 Build It! attendees hear the details of C.A.R.E.’s need for a new no-kill shelter to replace the original building housing the shelter that was built in the early ‘60s and is in continual need of repair. LOIS KINDLE PHOTO 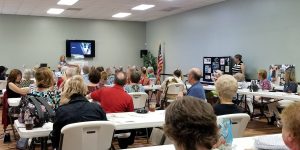 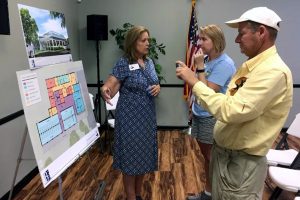