One of the oldest clubs in Hillsborough County, established in 1954

People who join the Riverview Garden Club of Florida, one of the oldest social clubs in Hillsborough County, tend to stick around for years. Not only do they troop around gardens together throughout the region, learning about everything from what to plant and how to plant it and where, but they also mix some social fun in there, as well.

Meetings, which run from 10 to 10:45 a.m., are held at the Riverview Community Center at 11020 Park Drive on the second Wednesday of each month. They start with club business but always break for a white elephant sale and a silent auction. “During the break there is a flurry of activity as there are plants that members bring in as part of a silent auction, so members can go to the back of the room and write their name on the bid sheet for a plant,” said publicist Jenny Roberts. “There is also a table of white elephant items, which you can bid on. These are donated by members. One man’s trash is another man’s treasure!”

Members listen to a guest speaker from 11 a.m. to noon, which is followed by a potluck lunch. “It’s a great time to socialize and get to know our fellow garden club members a little better and also run over to and check and see if you’re winning the bid for that plant that you have your eye on!” added Roberts. 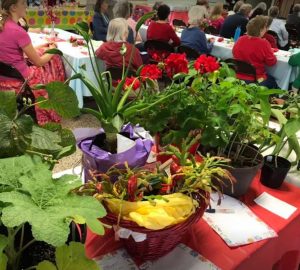 The club has about 150 members, making it one of the largest garden clubs in the region. There are couples who come together and plenty of single members. They run the gamut in age from 30s to 50s and up. Many people are retired, but some are still working and can arrange their schedules to be at the meetings.

Most members are homeowners and some are luckier than others in that they don’t live under the restrictions of a homeowner’s association, so they have more freedom on how they can garden. “For example,” Roberts said, “I have had no grass in my yard for about 20 years now. We have some members who are very interested in native plants. I think most of us consider what we want to be putting in our yards when a plant dies or just isn’t thriving,” she said.

The gardeners tend to be thoughtful about what they plant and how the plants will impact their families, their neighborhood and the wildlife. Some members do focus more on raising vegetables and food, while others concentrate on planting for birds, butterflies and bees. 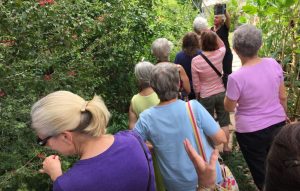 Roberts personally got involved with the garden club after driving a guest speaker to the club. She said she had such a great time, she decided to join that same day.

The Riverview Garden Club was founded in 1954 and is one of the oldest clubs in Hillsborough County. The club also has monthly field trips that are arranged by a small committee, and people sign up for those they are interested in participating in. 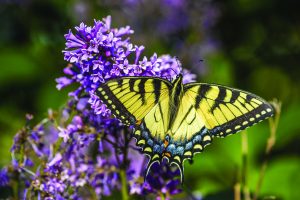 Some past field trips included going to Mount Dora, visiting Willow LaMonte’s herbal delight garden in Valrico, and taking tours of the University of Tampa, Weeki Wachee Springs, the Florida Aquarium and the Ringling Museum and Gardens in Sarasota.

The group typically heads to lunch together, as well.The cost is minimal and often the group gets discounts, depending on where it is going. “It’s nice to see different ways that people group plants and how they choose to ‘decorate’ their yards,” Roberts said. “So, we have plenty of activities to choose from.” Annual dues are just $10.