Home Go To The Forge Irish Pub opens
Go To

In the former location of The Mill restaurant

Irish transplant Patrick Crowne and his wife, Mariely Crowne, opened the doors to the public in March and recently celebrated with an official ribbon cutting. 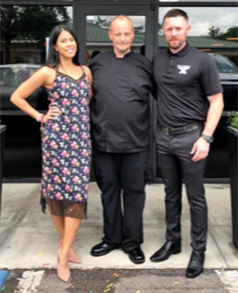 The couple opened The Forge at 109 W. Bloomingdale Ave., the former home of The Mill restaurant, which has relocated to South Tampa. With the building he inherited a rustic industrial piece of wall art, created by St. Petersburg artist Istevan Torok, that perfectly suits the atmosphere Crowne was going for. “That cool wall is perfect with my industrial theme,” he said. “My uncle was a farrier and shoed horses in Ireland; his workshop was called The Forge, so that’s where I got the name. It reminded me of my uncle’s workshop. We just went after it, and I wanted it to be a unique Irish pub, rustic, different, really good food, good music, just a cozy relaxed atmosphere,” Crowne said. And that perfectly describes the Crownes’ new place, The Forge. 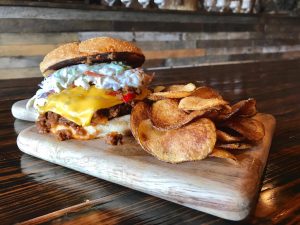 The classic Sloppy Joe with homemade cole slaw and chips.

“Our food is just a lot of dishes me and my wife discovered between New York and here that we’ve seen work. We have seen dishes that people always go toward. I tried to put a twist on them to make them more delicious.”

The pub, which seats 150, has live music on Friday and Saturday nights. Thursday and Sunday nights will be added as business picks up. Monday nights are karaoke nights, and the best will be placed in “The Forge Idol.” The best of each week will receive a golden ticket for the finals, which will take place on Monday, June 24. First prize will be $500.

The Crownes have a special treat planned for July when Scottish chef Graham Campbell, who has appeared on the Netflix series The Final Table, will stop in to help the kitchen staff take it to a new level. Tickets will be sold to the public, who can come in and taste Campbell’s fare. He will come out and talk to people about his various dishes.

Crowne said Campbell is the first chef in Scotland to receive a Michelin gold star for his restaurant. “He is going to train my staff and give advice on how to take it to the next level. “My guys are super excited,” Crowne said. “We will close that day at 5 p.m. and will sell tickets at $50 per head for a meal of dishes created by the chef that night. 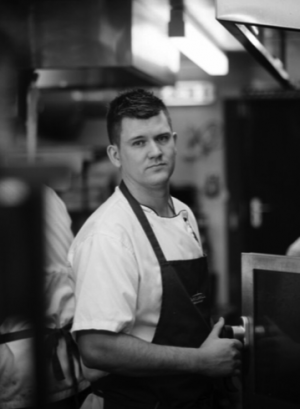 Scottish chef Graham Campbell, who appears on the Netflix series The Final Table will be coming to The Forge later this summer to cook. Tickets will be sold for his special feast. 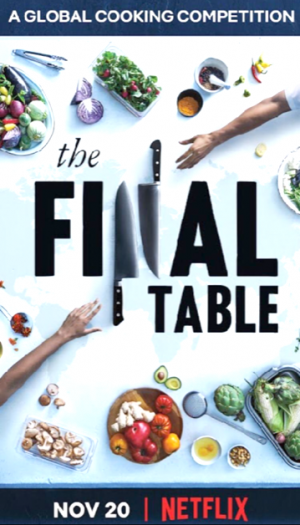 “My staff is trained to ask if people liked everything, and if not, how we can make it better,” Crowne said. “It is a tough industry and there are so many people out there that want to bash you before you even get started, especially when it is your baby.” Mistakes will be made, but Crowne said he has solid plans for success. “It’s my first place all by myself, but I could not have done it without my wife. She has taken the bull by the horns, so to speak. She’s the one that found this location.”

As for the bands, it’s hard to find an all Irish, all the time lineup, so it will be a combination of music, Crowne said. “It’s all trial and error on who is not loud enough and who is too loud,” he said. “But it’s all about having fun and allowing people to enjoy their meals without the music’s being too intrusive.”

May Day Market to support C.A.R.E.

Christmas outings around the Bay