An estimated 850 residents honored the fallen May 27 during a solemn Memorial Day ceremony at the Kings Point Veteran’s Theater.

The event also included music by the Trinity Baptist Church Choir, a somber roll call of Sun City Center veterans who died during the past year and Living Flag Tribute.

The event concluded with the placing of a large wreath at the flagpole outside by members of Boy Scout Troop 661. 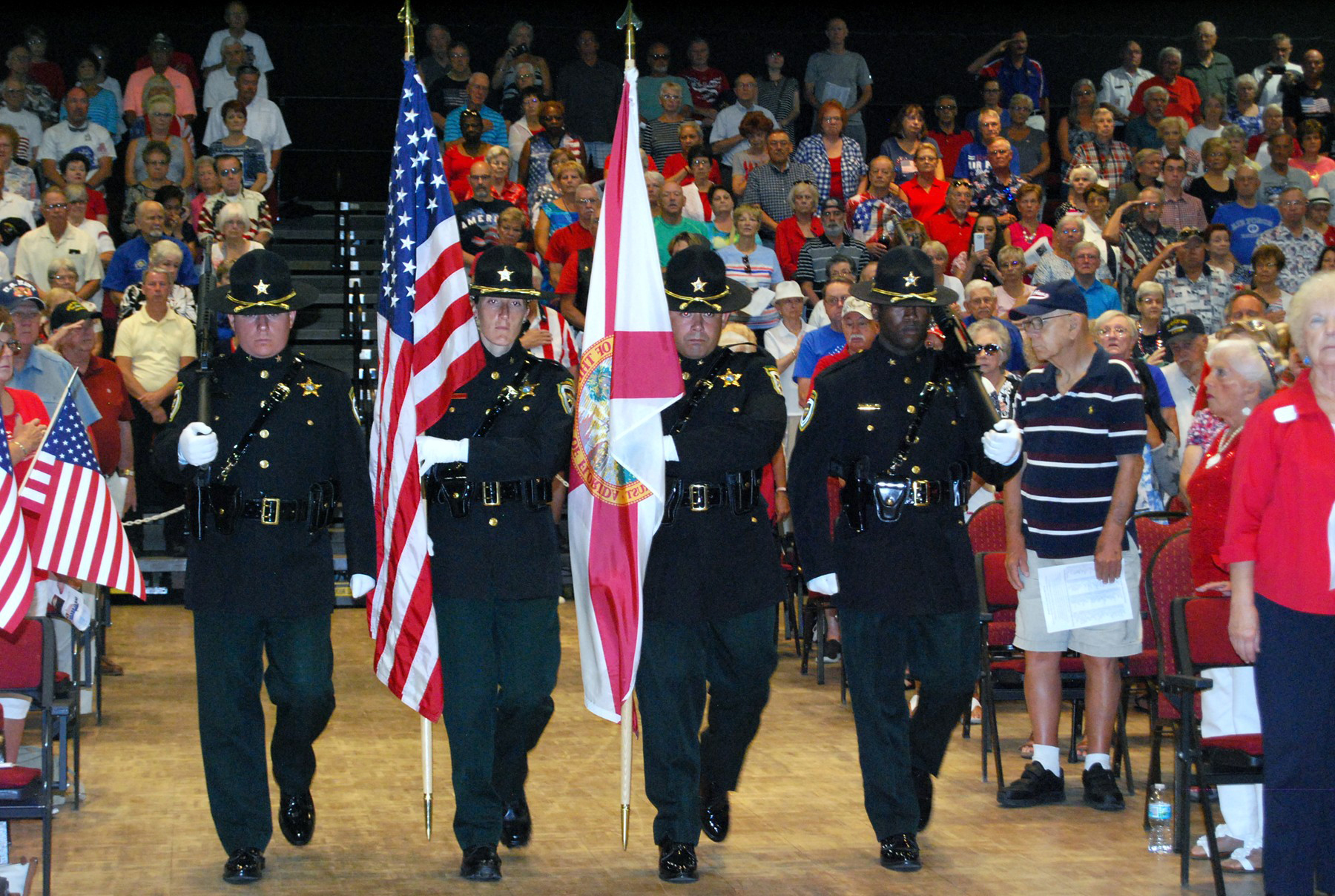 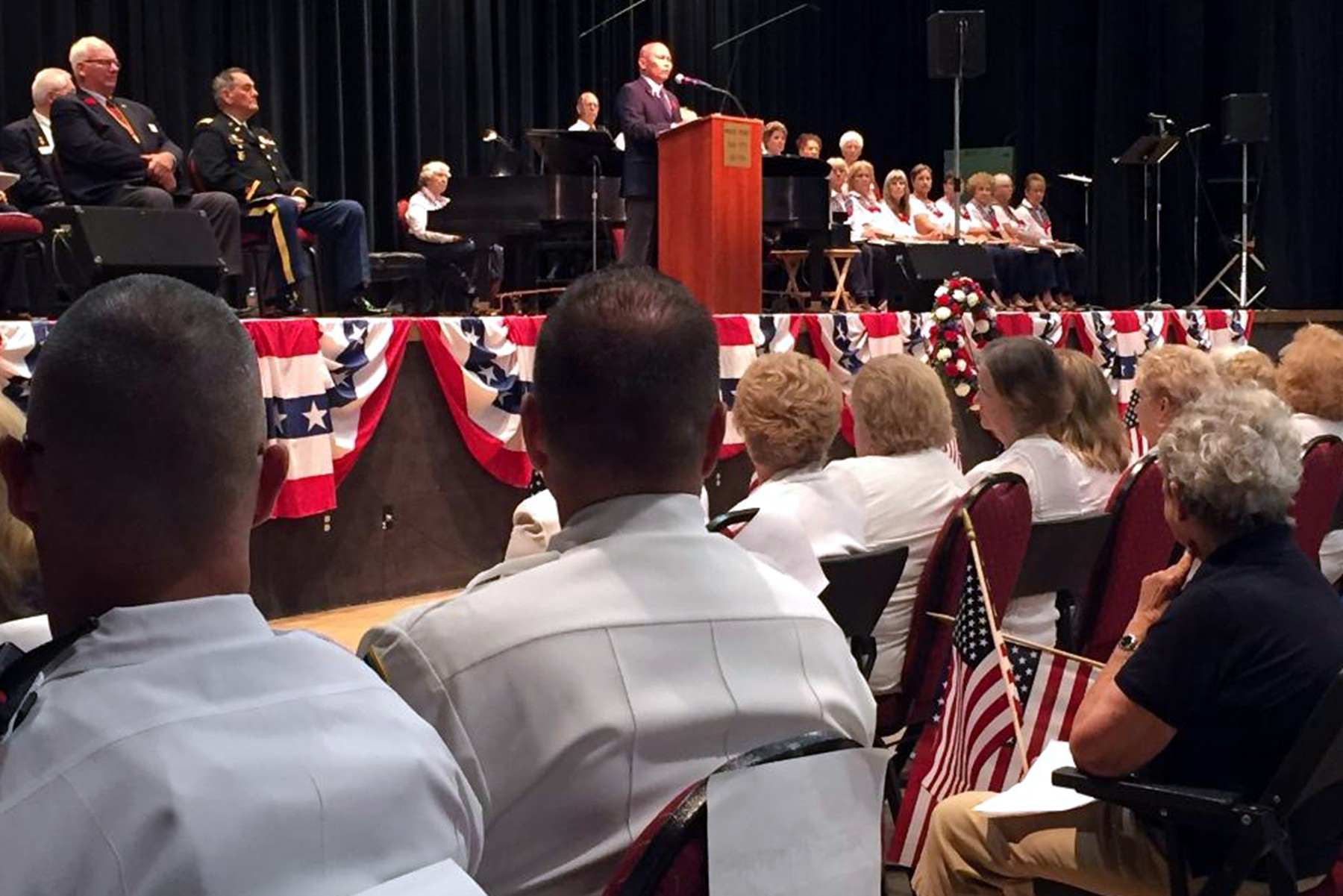 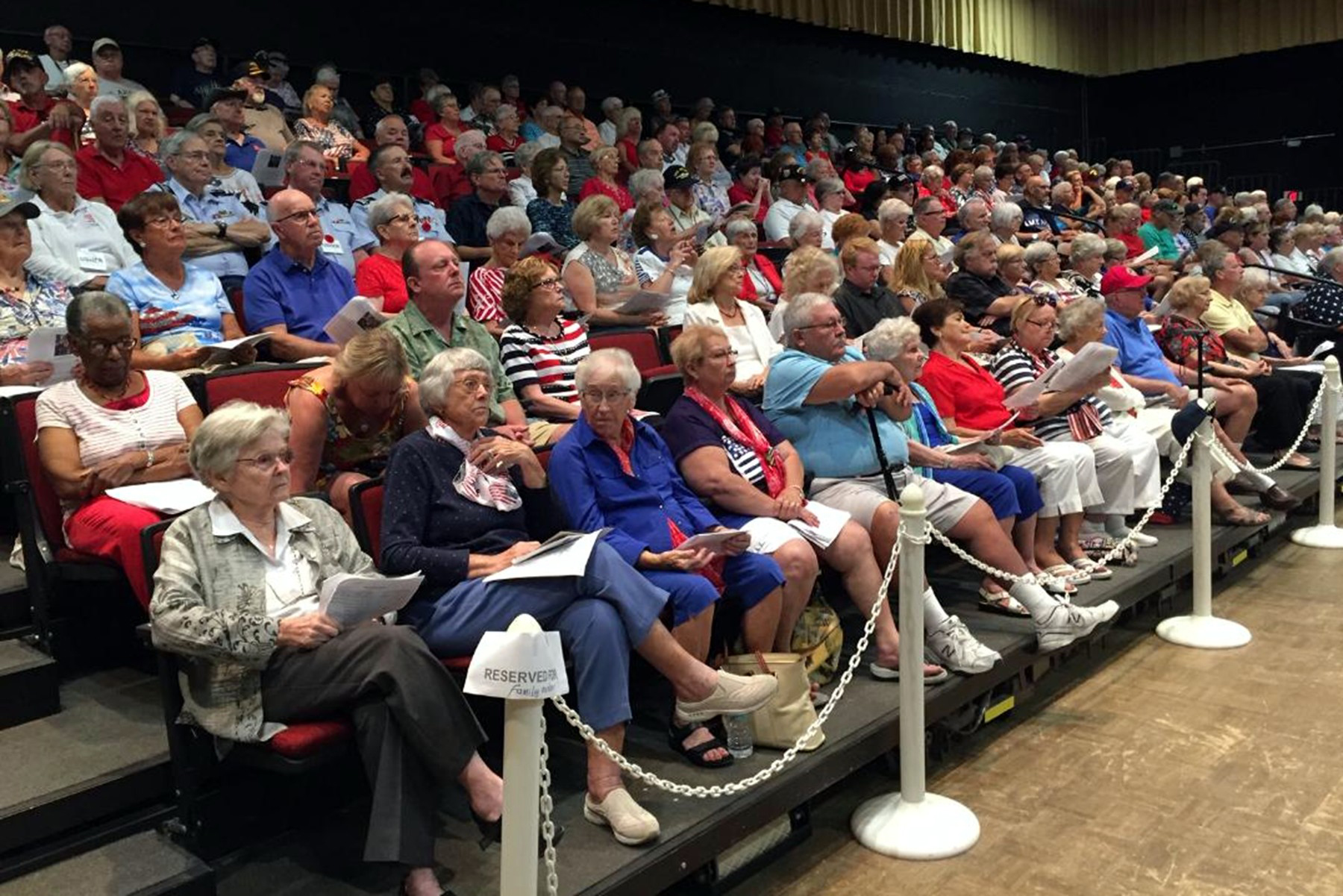 There was standing room only at the Kings Point Veterans Theater, May 27, as the Sun City Center community honored the fallen. 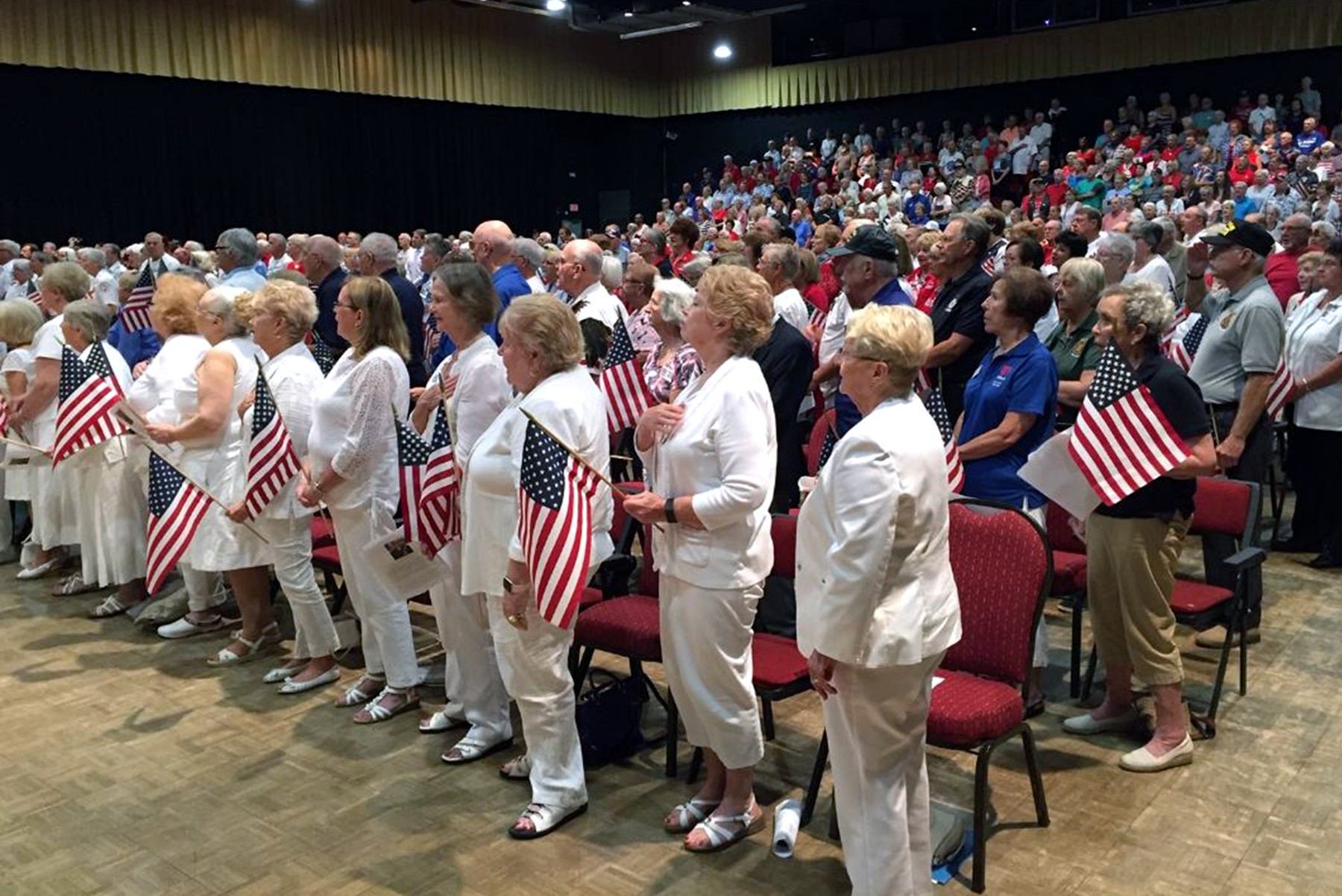 The audience stands and participates in the annual recitation of The Pledge of Allegiance. 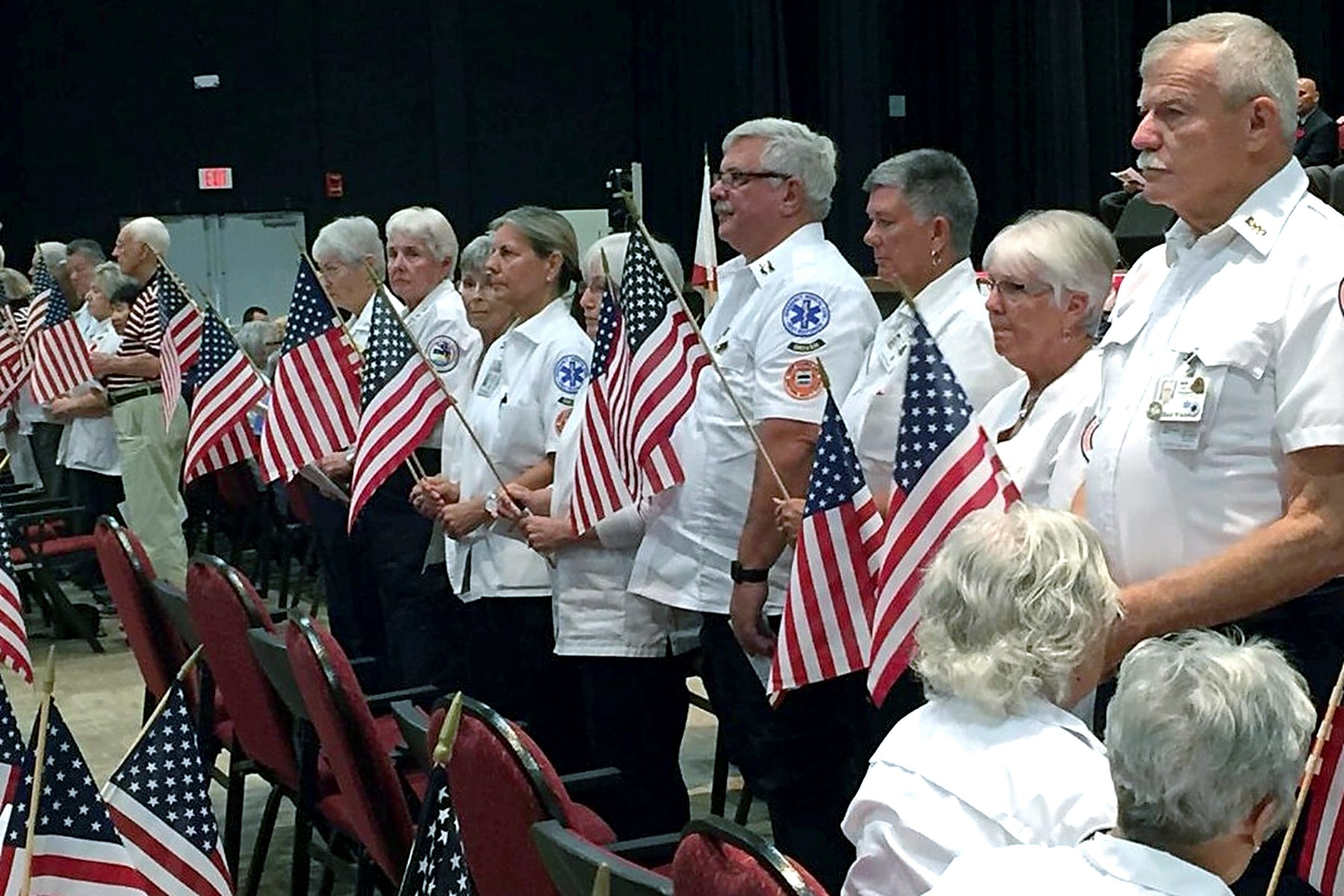 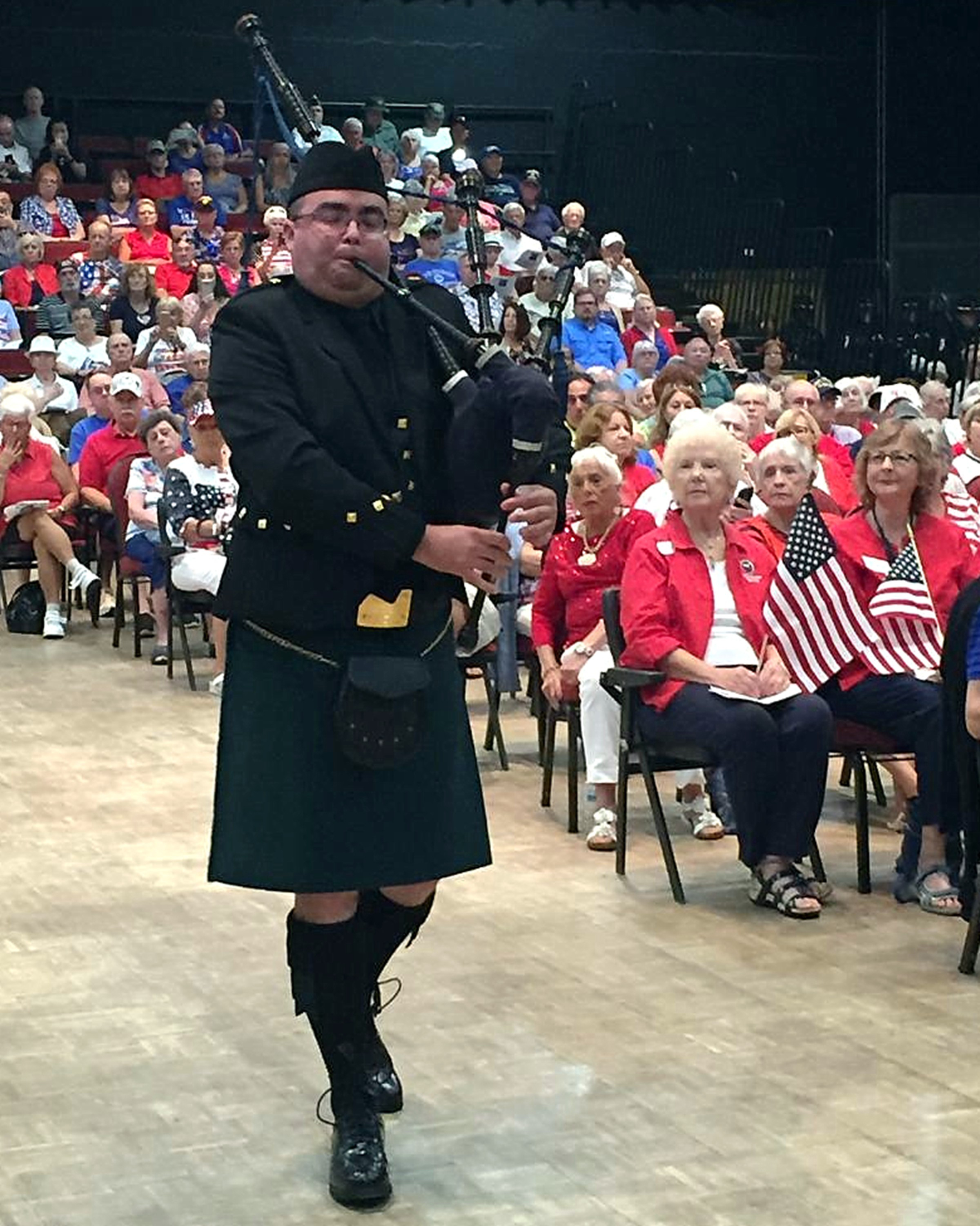 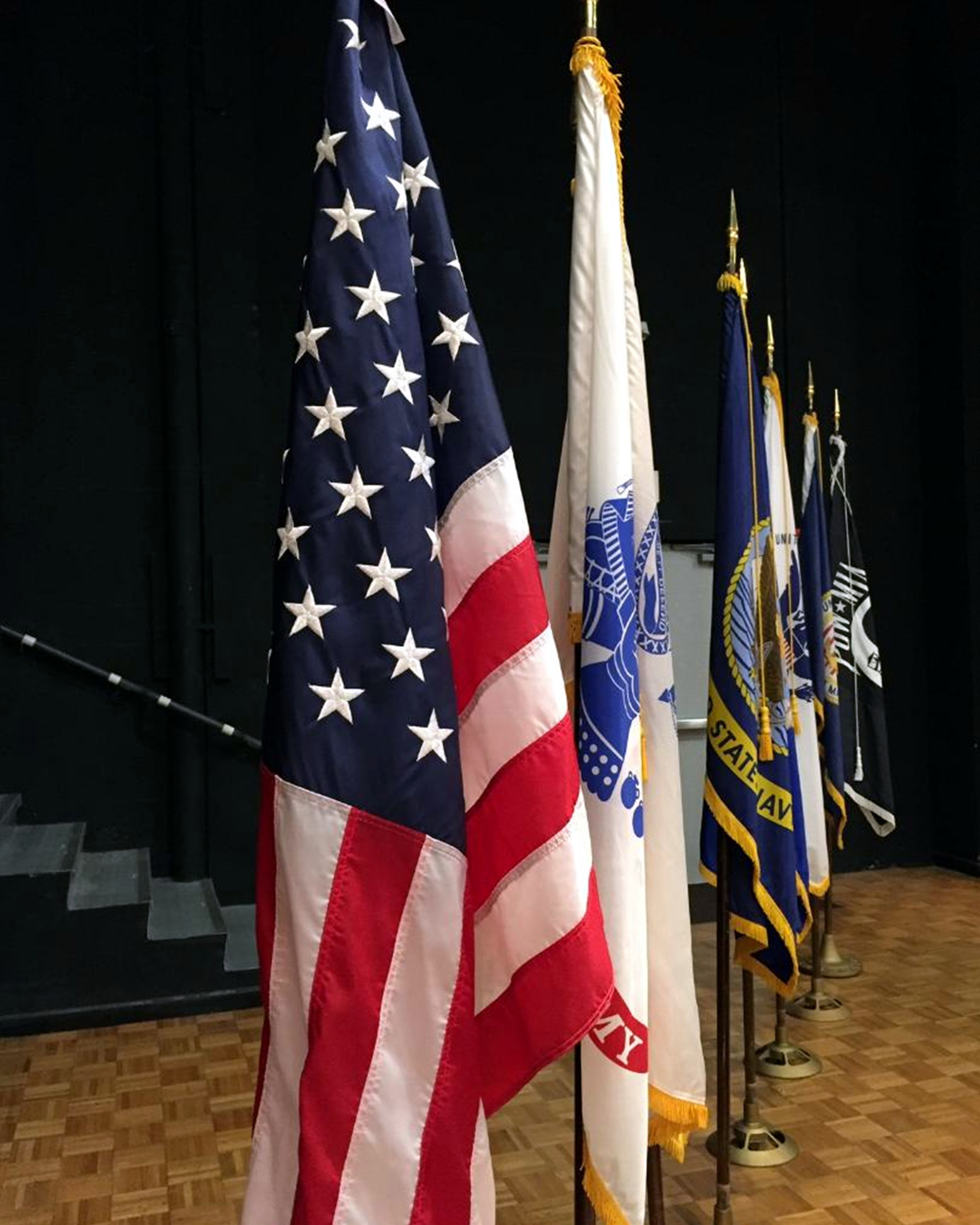 The American Flag stands with those of each of the United States military branches. 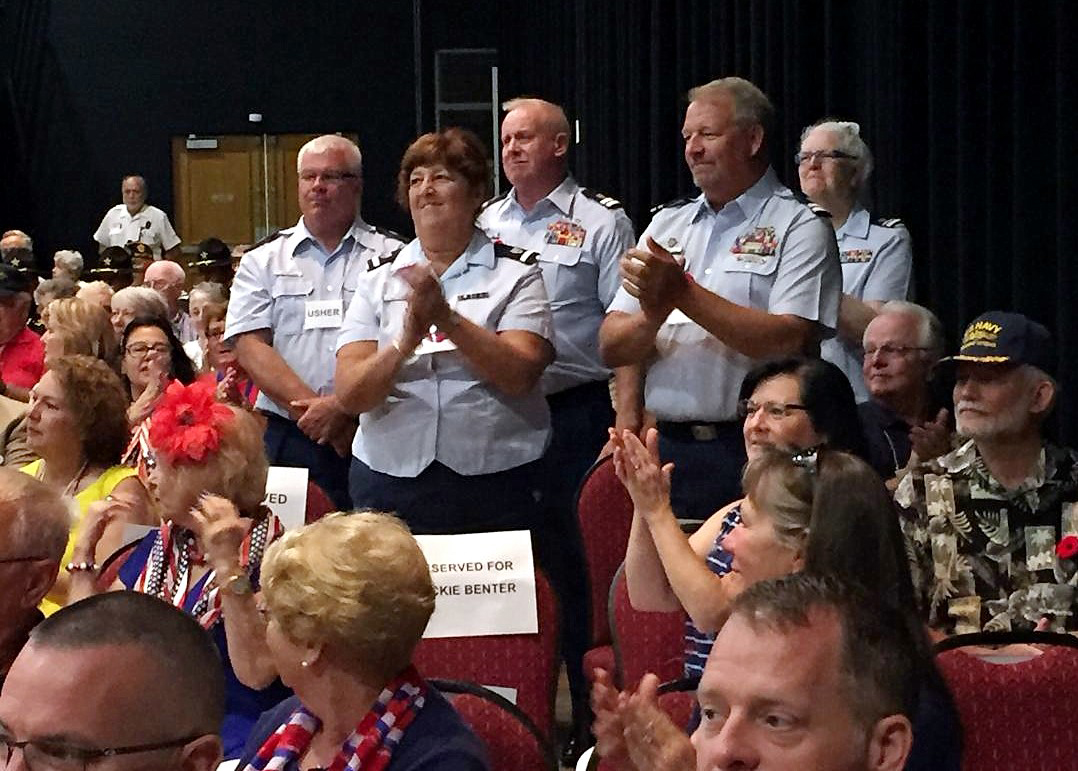 Former Coast Guard members stand to be recognized as their branch of the military is recognized. 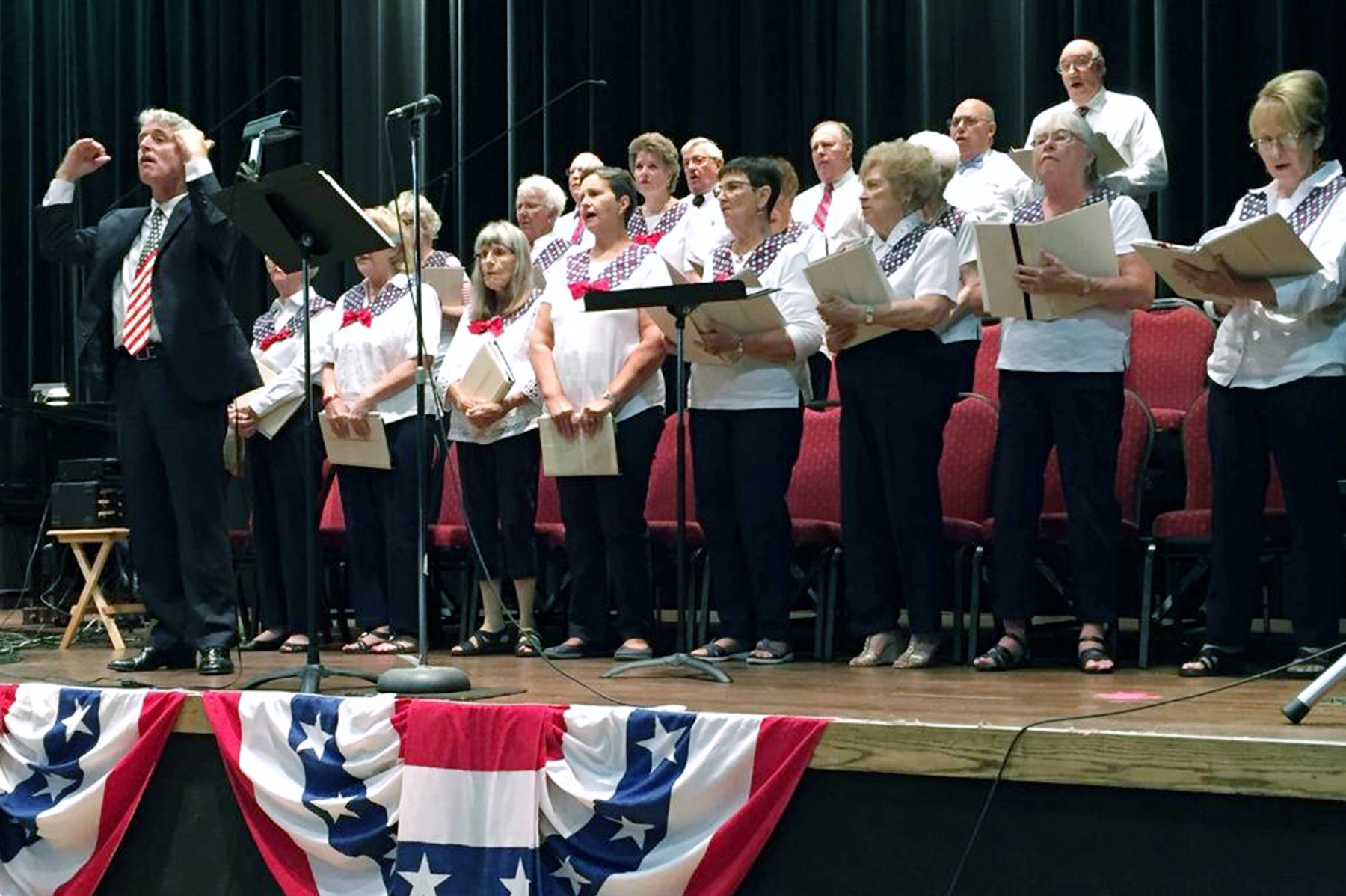 The Rev. James Feist directs the audience and the Trinity Baptist Church Choir during a musical interlude and salute to the Armed Forces. 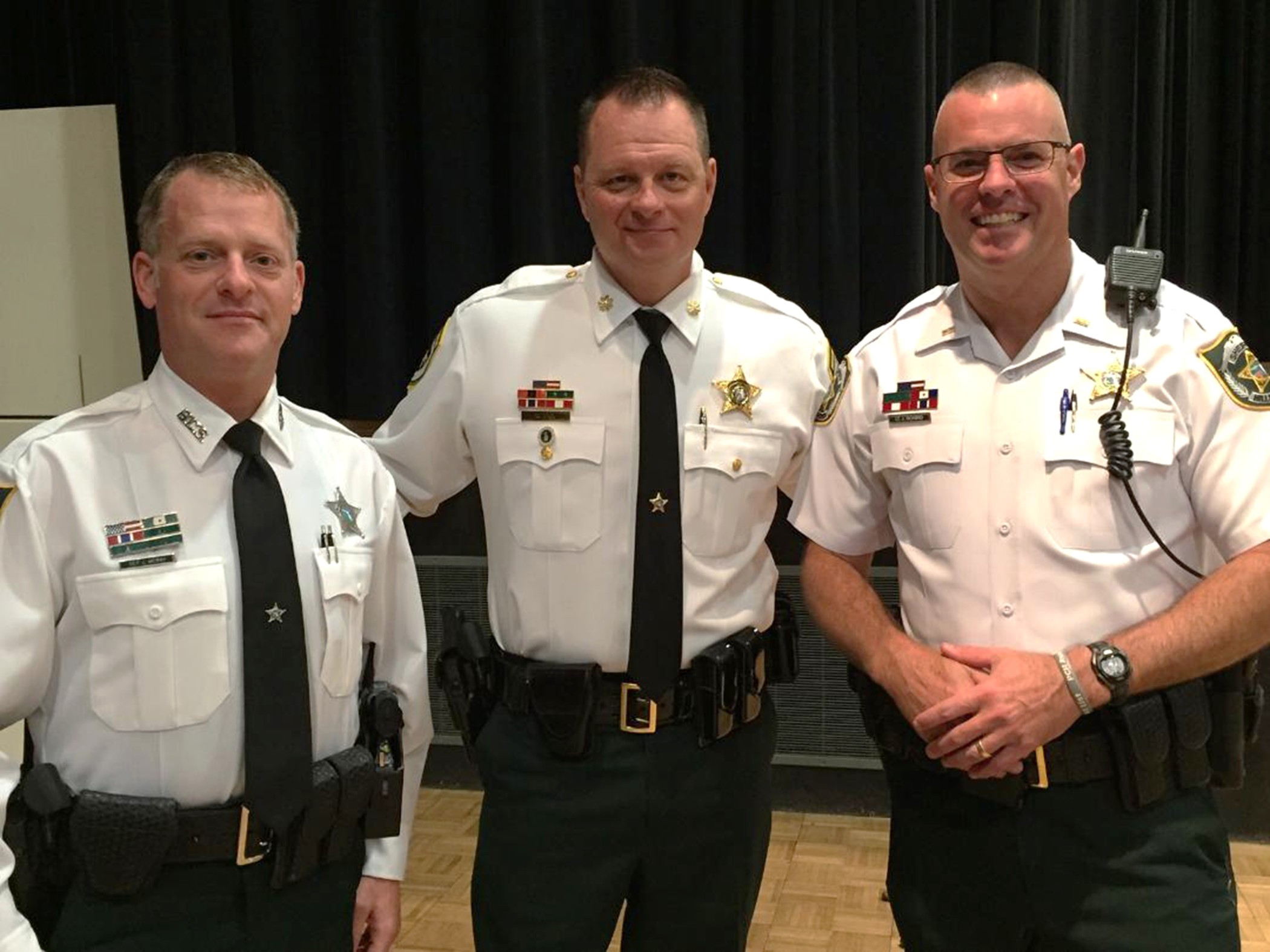 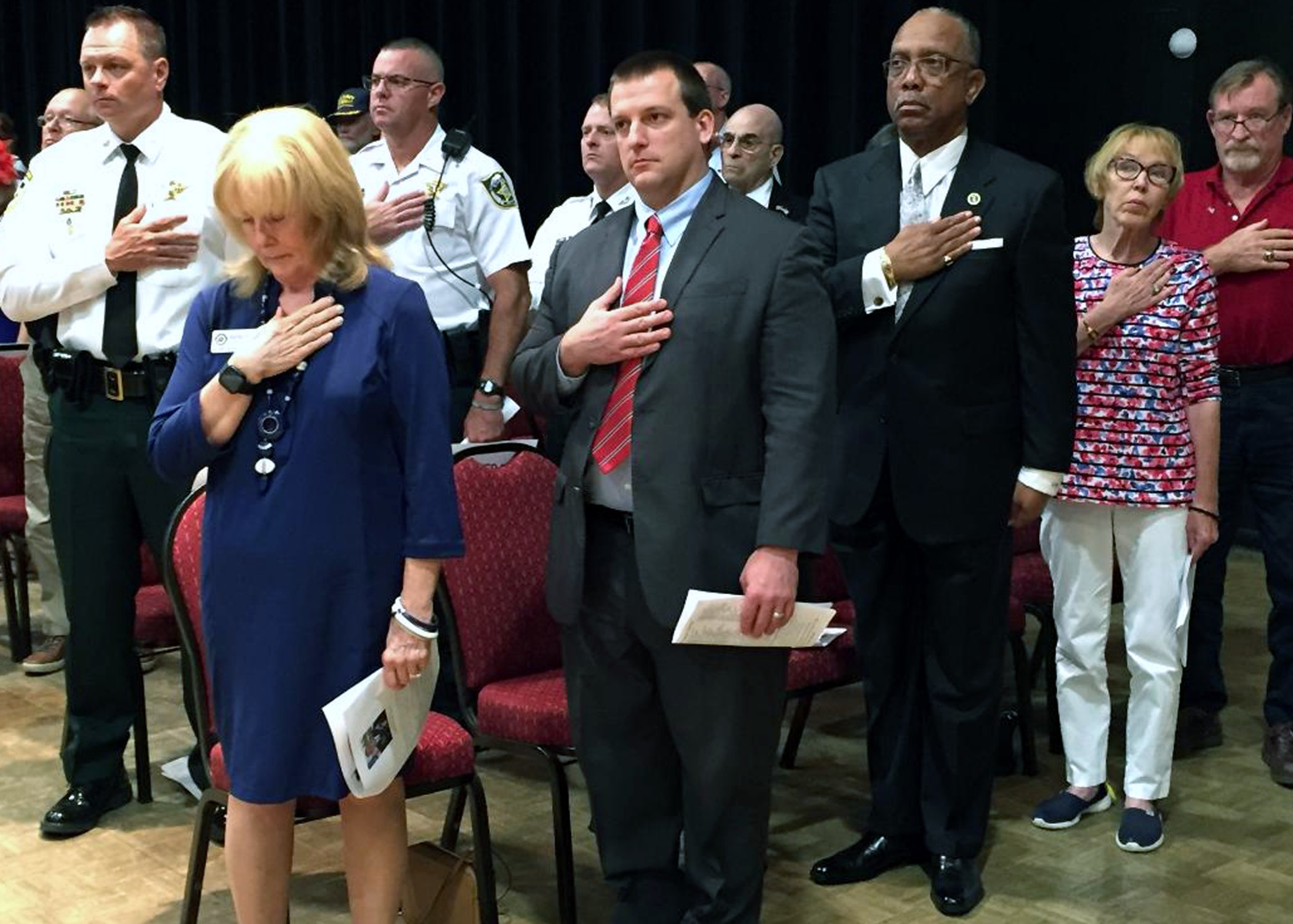 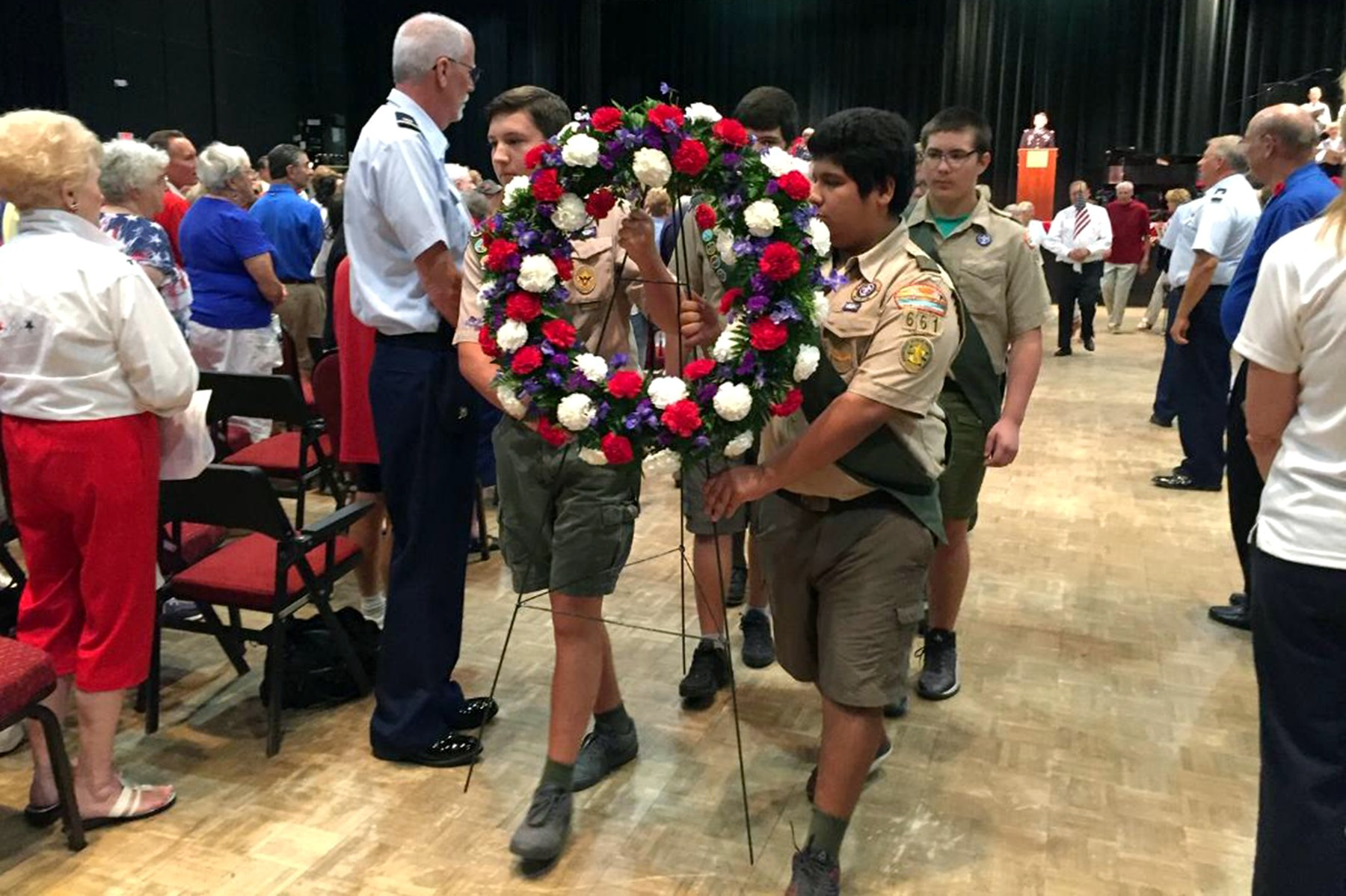 Boy Scouts from Troop 661 remove the wreath to take and place it at the outdoor flagpole to close the Memorial Day ceremony. LOIS KINDLE PHOTOS
0 comment
0
Facebook
previous post