Palmetto High School graduate one of 161 to be awarded U.S. Presidential Scholar 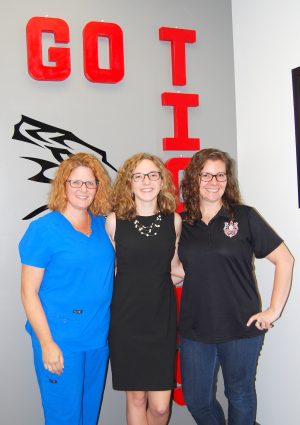 Being named a 2019 U.S. Presidential Scholar on May 7 brought Palmetto High School graduate Lilyanne Pepe, 17, one step closer to her dream. “I’m going to continue my education,” said Lily, who graduated with her senior classmates on May 15. “I plan to work for a major space exploration company, like NASA or SpaceX, and, eventually, become an astronaut.”

“I’ve known Lily since she was in the 6th grade at Johnson Middle School,” said Jennifer Bell, Pepe’s school councilor at Palmetto High. “Her future is what- ever she wants.”

Jenifer Pepe, Lily’s mother, said she is “very, very proud of her — extremely proud.” And her daughter’s pursuit of a career in astronomy and engineering is no surprise. “From the time she could talk, she talked about the stars,” Pepe said about her daughter. “In grade school she would teach the class during astronomy classes.” 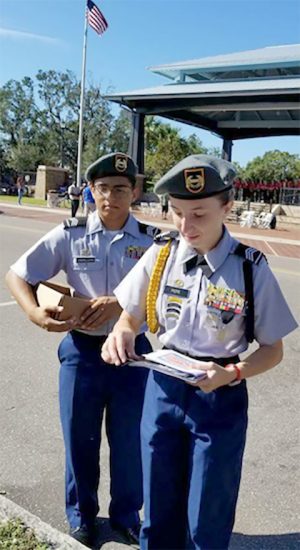 JROTC cadets Lilyanne Pepe, right, and Enrique Caballero hand out cards during the 2017 Veteran’s Parade in Palmetto for the Thanks Across the Generations program, a thank you card program for veterans that Lily created during her sophomore year at Palmetto High School.
PHOTO PROVIDED

Lily’s grandfather, Martin Pepe, reinforced her love for the stars before she was 4 years old. “Her grandfather would take her to Star Fest in Rochester (NY), and she would look through all the telescopes,” said Pepe, who lives in Parrish with her husband Robert and their three children: Lily; Carlye, 15, who is a freshman at Palmetto High; and Hailey, 10, who attends Williams Elementary School.

“I remember going to RIT (Rochester Institute of Technology, where Martin Pepe was a professor) with him for classes and events,” Lily said. “Everything filled that passion.”

She explained that she always took math and science classes from elementary school through high school, and as a young girl loved to watch the space shuttle launches on television. “I would launch model rockets with my grandfather,” Lily recalled. “It all lit the spark when I was a little kid, and I just kept running with it.”

During her high school years, Lily was enrolled in the Cambridge Advanced International Certificate of Education (AICE) Diploma program, which is, according to the organization’s website, “an international curriculum and examination system that emphasizes the value of broad and balanced study.”

Lily, who graduated with a 3.88 GPA, said she “took Cambridge AICE classes because they were the most challenging classes I could take in high school. I took them not only because colleges look for them but because I wanted to challenge myself.”

In her freshman year, Lily cofounded the Technology Students Association, a school club that focuses on advancing the members’ interests in science, technology, engineering, and math (STEM). The club has become very popular, with more than 40 members this year. At monthly meetings the members discuss how to enter technology and engineering competitions. They also discuss holding fundraisers for competitions and planned community service projects. 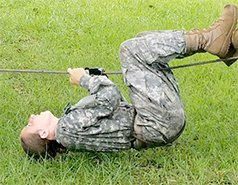 Lily also was heavily involved in JROTC during her four years at Palmetto High. “I did research about where engineering will take me, and a lot of the opportunities were with the military,” she said. “So I signed up my first year in high school to see if it was something that interested me and fell in love with JROTC. “It’s completely different from engineering and technology stuff,” Lily said. By her senior year, Lily had earned the rank of cadet lieutenant colonel and was a battalion commander, the top cadet. With the four-year JROTC scholarship, Lily has committed to an active duty or reserves stint with the Army after graduating from Embry-Riddle Aeronautical University. She said she plans to earn a masters and a doctorate because they are necessary for her attaining her goals

However, when not studying or competing in engineering competitions, Lily enjoys several non-science activities. She has been singing in the Parrish United Methodist Youth Band for the last two years. “I really enjoy singing in church,” Lily said. “You really feel the presence of God when you sing in church, and you realize the members of the congregation are into it just as you are.”

Although much of her reading is non-fiction articles and books on science and technology, Lily said she enjoys reading some fiction. “Right now I’m reading the Harry Potter series,” she said. “I couldn’t get into them during middle school.”

Palmetto High School Assistant Principal Rebecca Austerman nominated Lily for the Presidential Scholar award. “She called me down to her office and asked me to fill out the application,” Lily said. “Then I was nominated by the district and then the state to become a national candidate. For the national nomination Lily had to fill out another lengthy application, which then went before a review board.

The United States Department of Education press release announcing the awards highlighted the significance of being one of only 161 students to be given the award. “Of the 3.6 million students expected to graduate from high school this year, more than 5,200 candidates qualified for the 2019 awards, determined by outstanding performance on the College Board SAT and ACT exams or through nominations made by Chief State School Officers, other partner recognition organizations and the National YoungArts Foundation’s nationwide YoungArts™ competition,” the press release read. 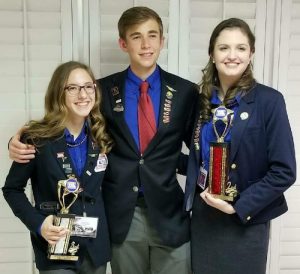 “I got an email on May 7, then a formal letter in the mail (announcing the award). I was at home getting ready to go to the senior picnic and get my cap and gown for graduation,” she said. “It took a minute to sink in and realize what had happened; then I was really, really excited.”

“I walked in the door,” her mother said, “and she sprinted across the room saying, ‘You want to go to Washington, D.C.?’” Lily will be in the nation’s capital from June 23 to June 25 to receive a Presidential Scholar Medallion and meet President Donald Trump.

The U.S. Presidential Scholars Program was created in 1964 and more than 7,500 top-performing students have been honored over the years. According to the press release, “The program was expanded in 1979 to recognize students who demonstrate exceptional talent in the visual, literary and performing arts. In 2015, the program was again extended to recognize students who demonstrate ability and accomplishment in career and technical education fields.” Lily was honored for her performance in the career and technical education fields.

Even with all the attention she has been getting, Lily has maintained a positive attitude about it all. “They have big expectations for me,” she said, speaking of her family and school instructors, “but it’s because of what I have shown them, and it also makes me challenge myself more.”

For more information about the U.S. Presidential Scholar Award, visit the website www2.ed.gov/programs/psp/index.html.