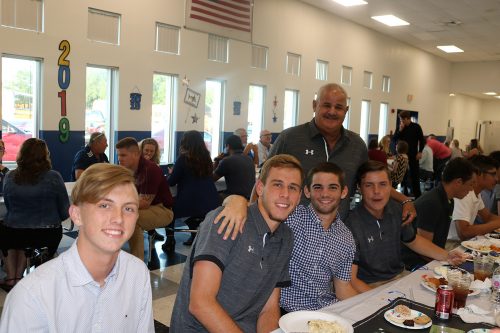 The Riverview High School varsity and junior varsity baseball teams enjoyed their annual chow-down and fellowship at the school cafeteria last week. Parents and supporters gathered to honor the players and to provide a veritable banquet of food, a buffet and all-you-can-eat style including desserts, for the young men after their successful 2019 season on the diamond. 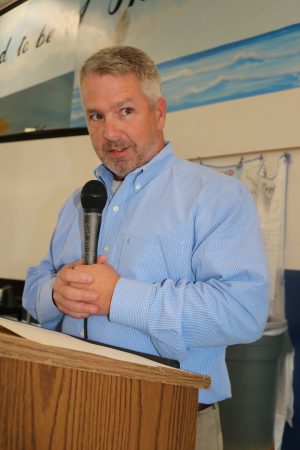 Coach Ronnie Rodriguez’ varsity posted a 16-8 overall record, going 5-3 in 8A District 6 standings. The Sharks won 5 of their last 7 games, but dropped the season finale 5-0 in the district tournament to Bloomingdale. Coach Brian Rose and the JVs were also honored for their good season and hard work.

Varsity highlights mentioned at the banquet included Junior Mac Jorgensen offensive MVP for scoring a school record 31 runs, batting .400, with 26 hits and 18 RBI. Jorgensen also was the defensive MVP with a fielding percentage of .938 on only 4 errors in 64 chances. The Golden Arm award went to senior Kyle Knees for his 1.05 ERA, 28 saves, 4 wins in relief, and 28 strikeouts in 27 innings.

Senior Brendan Herrick, infielder and pitcher, was named overall team MVP with a 5-2 record on the mound, including 57 Ks in 43 innings, 1 shutout, 1 complete game and a 2.04 ERA. At the plate Herrick compiled a .389 average with 26 RBI on 21 hits and
2 home runs. 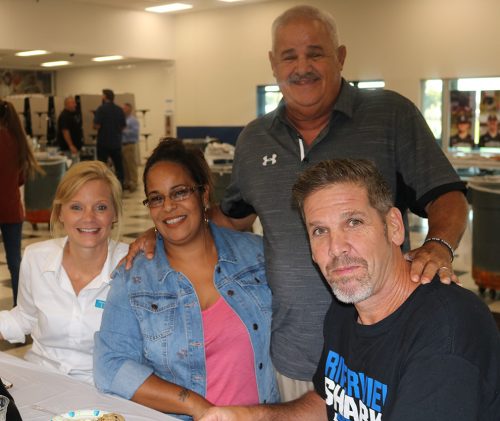