A method never used before in Hillsborough County 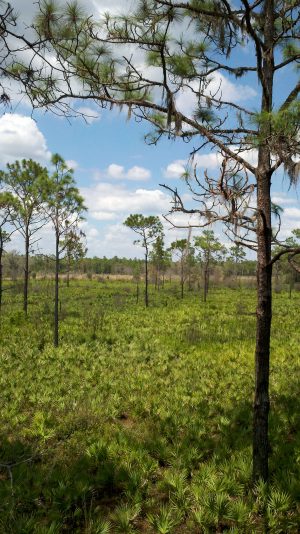 An engineering method called hydro carving is being used in Wimauma’s Balm Boyette Scrub Nature Preserve to transform a previously intercepted stream once again in to an active meandering tributary of the Alafia River.
The Southwest Florida Water Management District is working on the Hillsborough County park land to restore what phosphate mining destroyed back in the 1960s, reconnecting the once-active stream through the county’s largest remaining swath of natural scrub habitat. The preserve is located at 15102 C.R. 672 in Wimauma.
Water that is now just falling into the deep, old mining pits will again reconnect with Stallion Hammock and eventually, to the Alafia River and Tampa Bay, said Ken Bradshaw, field operations manager for Hillsborough County Conservation Parks.
The $2 million project, which includes re-establishing wetland vegetation on the scrub’s fringes, is expected to be complete by August.
“This was an unnamed stream that fed into Stallion Hammock before the mining operations removed it from the map,” Bradshaw said. “The water management district is recreating it using hydro carving. It is a method that hasn’t been used much in Florida and never in Hillsborough County.”
Bradshaw called the technique innovative. Water is pumped, under high pressure, into the sand, creating curves and pools along the way, like a natural stream would look.
Stallion Hammock is a large wetland next to the very dry, desert-like scrub habitat. It has several small tributaries that lead to Bell Creek and eventually the Alafia River. 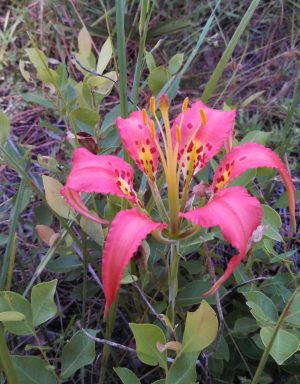 “This first started at least 10 years ago. It’s been a very long time coming,” Bradshaw said. The state contacted the county for what was originally to be mitigation for the Florida Department of Transportation, he said.
As it ended up, the Southwest Florida Water Management District, referred to as “Swiftmud,” received a grant from the Florida Department of Environmental Protection to do the restoration work at Balm Boyette.
The stream will lie on just a portion of the more than 5,000 acres purchased by the county and the state, Bradshaw said.
While porous limestone in the scrub is a good water recharge area for rain, the stream helps feed the river above ground.
Swiftmud Project Manager Janie Hagberg called the use of hydro carving a low-tech method of mimicking Mother Nature. Hagberg said the method of hydro carving was pioneered by engineer John Kiefer, who has done similar restoration work for the phosphate mining industry. He works in Polk County.
“We are going to, through earth work, re-grade the area, creating a wide stream bed so our contractor will pump water through the stream valley and recirculate it, and the channel can find its path,” she said. Kiefer is working as the design engineer for the project. 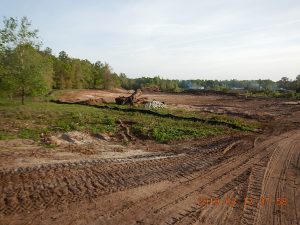 “We obviously have the area closed off while construction is going on, but once it is complete, visitors will encounter the edges, and when it’s finished the public will be able to see all of it,” Bradshaw said.
“It will be a definite benefit to wildlife,” he said. “It makes it a lot more complex — like a natural creek basin — not like a canal.”
Most visitors to Balm Boyette Nature Preserve are mountain biking enthusiasts who use the trails for their favorite sport. The trails are maintained by the Swamp Club.
But there is also the rare and interesting scrub habitat that is home to stumpy vegetation, myriad species of butterflies, birds and lizards, some found nowhere else.
Some of the preserved area is also pine flat woods, which includes large patches of wildflower habitat. 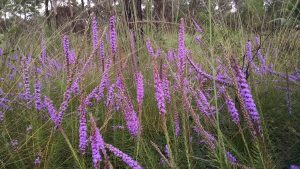 “From my perspective, being able to see where the science of restoration is going in the form of seeing this stream that was completely removed and now is being put back — knowing the back story behind it is a big part of it,” Bradshaw said. “It has enhanced the hydrology of the area and is improving the water quality on the site and all the way to Tampa Bay.”
This is the type of project Swiftmud looks for to restore, because it will re-create natural habitat, Hagberg said.
“We are excited about it being the first of its kind of restoration in our water management district,” she said. “We are eager to see the results and the benefits.”