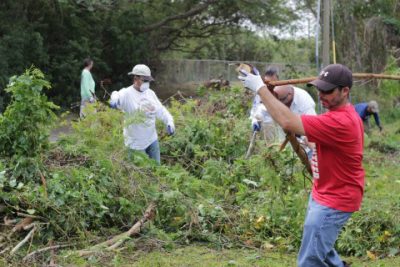 A crew from Hillsborough County’s Conservation and Environmental Lands Management Department worked meticulously to clear six acres at Bell Creek Preserve of invasive plants, then replace them with native flora.
But trouble didn’t stay far away. Before long, the invasive hairy indigo plant began to creep into the area.
The conservation lands’ staff is seeking volunteers to come to the preserve Saturday, March 2, to help remove the plants by hand. Typically, said Project Manager Danielle Ivey, they would spray the indigo, but because they recently planted natives in the area, they need to remove the invasives by hand.
The work is being done during National Invasive Species Awareness Week.
The volunteer hours are 9:30 a.m. to noon at Bell Creek Preserve, 10940 McMullen Road, Riverview. To sign up in advance, call Project Coordinator Chris Kiddy at 813-853-1177.
“We actually started spraying the property last spring to get rid of a little bit of bahia grass, natal grass and cogon grass, the last two of which are invasive species,” Ivey said.
“We were trying to prep the area to restore it. We planted a lot of herbaceous wire grass, longleaf pine and muhly grass.”
About 27 acres of the property at the preserve is made up of pine flatwoods, or what were pine flatwoods. About six of those acres are being restored. 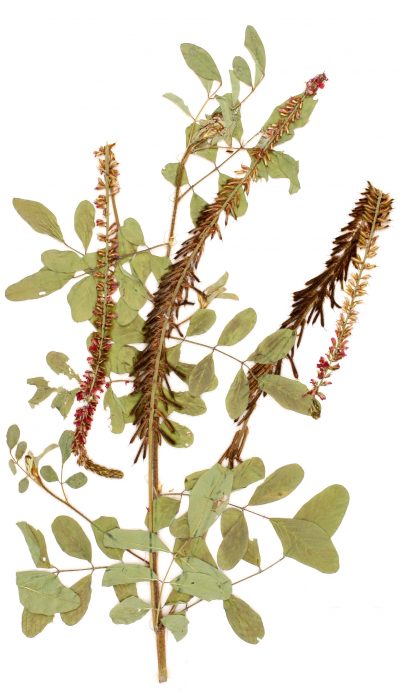 The hairy indigo plants will be replaced with native flora at Bell Creek Preserve in Riverview.

“We actually burned it and we saw not only a good response for the natives that were there, but the bahia came back a little. We sprayed again and planted in August and that is when the hairy indigo began to appear,” Ivey said.
The plant is in the legume family. It was brought to Florida as forage crop for cattle decades ago. It comes from the subtropics of Africa and Asia.
It is a small plant that spreads rapidly and produces a lot of seeds. The hairy indigo can also overtake native species and is using the resources other natives are fighting for, Ivey said.
“We can spray it, but because we just put in newer plants we can’t,” she said. “So, what we will do is pull it up or clip it and put it in a bag, clip seed heads. That is what volunteers can do.”
Space for this volunteer effort is limited, since people must be transported by county workers to the site being restored.
This is just one of many invasives the county fights yearly in its preserved areas. There are also plants like Brazilian peppers, air potato and lygodium. There are two types of lygodium — microphyllum and japonicum. It is a huge problem in the Everglades, Ivey said. “We have it up here in small patches all over the place. As soon as we see small patches, we try to eradicate it quickly, because it proliferates pretty fast. It has lots of spores and sends them out.”
Hillsborough County spends about $200,000 annually for its nonnative removal, said Hillsborough County Environmental Lands Manager Ross Dickerson. It is an ever-present problem.
The volunteer effort this week helps bring awareness to the issue, Ivey said.
“Our invasive species team will also have members heading education tables at Apollo Beach Nature Preserve and Lettuce Lake Conservation Park from about 9 a.m. to 1 p.m. on March 2, to talk to people about invasive species,” Kiddy said.