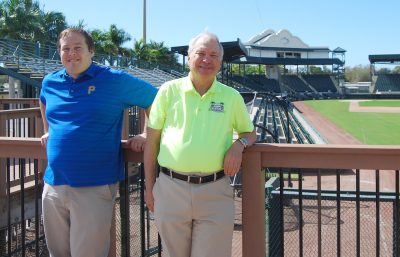 The first home game of the spring training season of the Major League Baseball Pittsburgh Pirates will be on Sunday, Feb. 24, and one super fan is ready to hear the umpire yell, “Play ball.”
“I’m a fan of all the Pittsburgh teams, but the Pirates are No. 1 to me,” said Mike Roteman, president of the Bradenton Pirates Booster Club, “because I’ve been a Pirate fan my entire life.”
And this looks like a great season for the team.
The Pirates will try to compete for a playoff spot in the tough National League Central with a pitching rotation led by James Taillon and Chris Archer, a former Tampa Bay Ray. Meanwhile, center fielder Starling Marte, left fielder Corey Dickerson, another former Ray, and catcher Francisco Cervelli will try to lead the offense.
Roteman is such a big fan of the team that when he was ready to retire in 2005 he moved the date up early so he could attend opening day of the Pirates at PNC Ballpark in Pittsburgh.
“I retired on Friday and was back in Pittsburgh on Monday (for the game),” he said. “There was never a doubt I would be there.
“I’m dedicated,” said Roteman, who also founded and was president of the Harrisburg Pirates Booster Club when he worked in the Pennsylvania capital city.
When Roteman moved to Lakewood Ranch as a snowbird he joined the Bradenton Pirates Booster Club nine years ago, and has been president for two seasons. 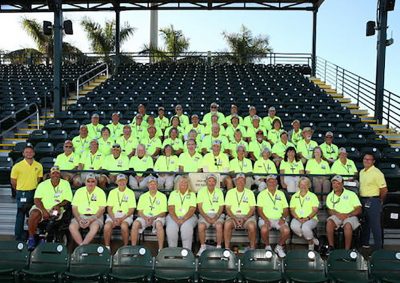 PHOTO PROVIDED
The Bradenton Pirate Booster Club members pose for a photo in 2018.

Roteman winters in Manatee County from after the last game of the season in the fall to opening day in Pittsburgh in the spring.
“I’ve attended 300 consecutive Pirate games between Bradenton spring training and regular season in Pittsburgh,” he said with an air of pride.
Roteman said he was proud to be a member of the booster organization, also.
“Being a member of the Booster Club is an opportunity to give back to baseball and the Pittsburgh Pirates,” he said. “The Pirates are part of the community.”
The Bradenton Pirates Booster Club was formed in 1969 when the Pittsburgh Pirates moved its winter training to Bradenton.
There are 181 members in the all-volunteer organization, and during the spring training season they perform several jobs for the Pirate organization at LECOM Park and Pirate City, the baseball training facility on 26th Street East.
Booster members fill usher, fan greeter, program seller, parking lot attendee and other positions, at the ballpark at 1611 Ninth St. W. in Bradenton. 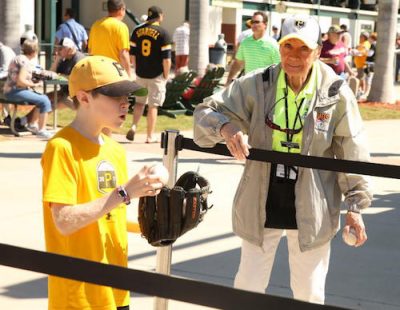 “We have a unique relationship with the Pittsburgh Pirates,” Roteman said. “The Pirates are the only team that has volunteers for these positions.
“The Pirates do a lot for us, also,” he said.
The Pirates organization makes sure there is coffee and doughnuts for the booster volunteers at every game, and they are served lunch, Roteman said.
The Pirates also hold a Kickoff Breakfast every year for the boosters.
And in July and August the booster club takes a three-day trip to Pittsburgh and the Pirates provide three days of baseball in the luxury boxes with meals, Roteman said.
“It’s a wonderful relationship that works both ways,” he said.
The boosters also sell rosters at Pirate City when the pitchers and catchers, who reported for training on Feb. 11, are practicing.
And they were there helping out at the Pirates Pep Rally on Feb. 16 on Main Street in downtown Bradenton.
“Plus we gave $30,000 to the Pirate Charities,” Roteman said.
Pirates Charities supports organizations and programs, which focus on health, fitness and education.
“We have members from all over and of all ages,” Roteman said. “One is over 92 years old.” 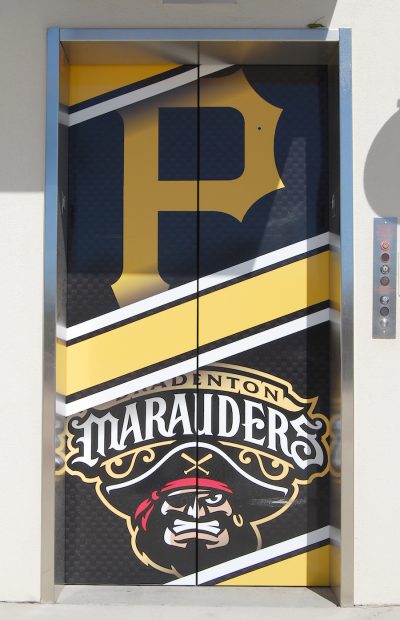 The Pittsburgh Pirates and Bradenton Marauders logos are painted on the elevator doors at LECOM Park. The first Pirate home game at the ballfield is at 1:05 p.m. Sunday, Feb 24, against the Miami Marlins.

There are many reasons to join the Bradenton Pirates Booster Club, and one of them, Roteman said, is the rich history of the team.
“Look at the history of Pittsburgh Pirate baseball,” he said. “There is Roberto Clemente, Willie Stargell, Stan Belinda, Bill Mazeroski.
“The Pirates have had great teams and had championship teams in 1960, 1971 and 1979, and many of our boosters fondly remember those teams,” Roteman said.
He said baseball is great family entertainment and coming to a game at LECOM Park is a great way to spend a day.
“You see parents bringing their families to the ballpark and hope they become fans,” Roteman said.
LECOM Park, was built in 1923, but over the years has been upgraded, with major renovations in 2013 when the Pirates, the City of Bradenton, and Manatee County put up $10 million to make the fan experience better.
The renovation of fan areas included a 19,000-square-foot boardwalk and party area in the outfield.
A new Fan Plaza was constructed with a children’s game area, upgraded restrooms, and new concession stands.
The seating capacity was expanded to more than 8,500 in the grandstand and a new covered bleacher area in left field.
With the construction in 2015 of a new clubhouse and office building off 17th Avenue West, the Pirates have the best spring training facilities in the Grapefruit League, said Nate March, communications manager for the Pirates in Bradenton.
“Ballpark Digest named LECOM Park the Best of the Ballparks in the Grapefruit League each of the last two years,” March said.
The ballpark was originally called City Park, then Ninth Street Park, before changing the name to Braves Field when the Boston Braves began playing there in 1948.
The Braves moved to Milwaukee in 1953 and played in Bradenton until 1962, according to information former newspaper sports writer and Manatee County Commissioner Kent Chetlain compiled for the Manatee County Historical Records Library.
The Kansas City Athletics, which became the Oakland Athletics, played in Bradenton from 1963 to 1968.
The Pirates came in 1969, and the park was named McKechnie Field, after longtime Bradenton resident and Baseball Hall of Famer, Bill McKechnie. 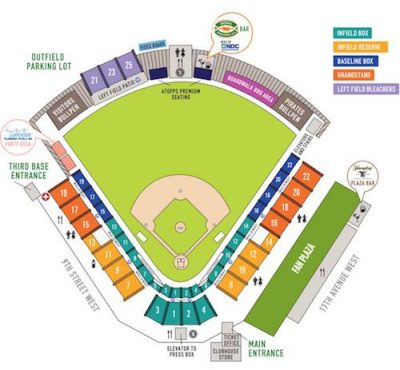 The ballpark was renamed LECOM Park in 2017.
“The Pirates and Bradenton have a long history together,” March said. “Longer than the two previous teams that were in Bradenton.
“We’ve been here more than 50 years and the connections are strong,” he said. “Plus for the last 10 years the Bradenton Marauders (the high-Single A affiliate of the Pirates) have played in Bradenton.”
March said the local governments and the team have worked hand in hand.
“When you hear LECOM Park has been named the best spring training park, that doesn’t happen without the city, county and the team working together to make it a first-class experience,” he said.
The Pirates are an important part of the local sports tourist dollars generating more than $36 million annually for the local economy, March said.
“This does not take into account the Pirates’ year-round minor league presence, facility rentals to groups from inside and outside the region, and the number of coaches, players, and support staff who have made the region their off-season/primary residences,” he added.
The Pittsburgh Pirate organization also are involved with community activities throughout the year.
The Major League players during the last eight years have been involved with the Miracle League, and each spring training season a group of players and coaches hold a clinic for the organization, which is dedicated to provide a baseball experience to all children regardless of their abilities.
“And there’s the Pirate Community Connect Program,” March said, “where each of the minor league players has to do 10 hours of community service per season.
“They visit schools, help with environmental cleanups in county parks, or take part in literacy programs,” he said. “Staff’s focus is to encourage player engagement in the community.
Spring training baseball and the Marauders is a draw that can bring everyone across the county together, March said.
“People should experience a spring training game,” he said. “The Pirates are here for only six weeks, so why not come.
“Spring training is like a three-hour vacation at LECOM Park,” March said.
“And at LECOM Park you’re so up close,” Roteman added. “You don’t get that during the regular season in Major League parks.”
For more information about the Bradenton Pirates Booster Club, email Roteman at mrmike7777@yahoo.com or pick up a membership application at guest relations at LECOM Park.
For more information about the Pittsburgh Pirates and spring training call 941-747-3031 or visit the website at www.pirates.com/springtraining.