Much like the Energizer bunny, Dee Williams just keeps going. 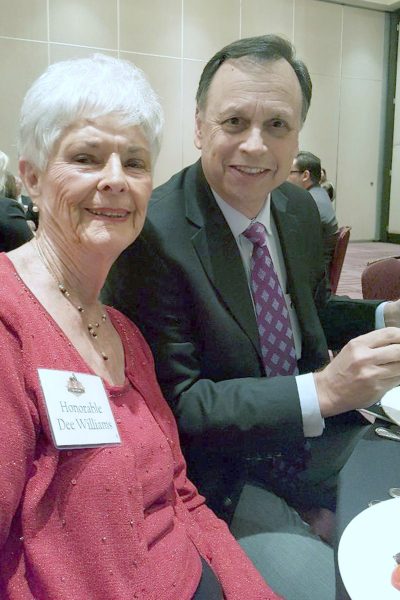 Dee Williams, of Sun City Center, received a Lifetime Achievement Award Jan. 29 from the Tiger Bay Club of Tampa in recognition of a lifetime of achievement serving the community. Florida State Senator Tom Lee, seated beside her, introduced Williams during the ceremony.

Raised on a Missouri farm by a sharecropping family of FDR Democrats, she moved to Indiana as a teenager, where she was the first in her family to graduate from high school. After studying required classes in the various forms of government, she formed the opinion that the Democrats were leading the country into socialism. So she registered in 1949 as a Republican.

Williams had a career with AT&T Technologies for more than three decades, before retiring in 1986. Three years later, she moved from Indianapolis to Sun City Center, got involved in local politics and wound up leading the community’s Republican Club, first as its membership chairwoman and vice president in 1991, and then as its president for the next 26 years.

She also served as chairwoman of Precinct 909 for 25 years and was widely recognized throughout Hillsborough County political circles as a force to be reckoned with.

On Jan. 29, the Tiger Bay Club of Tampa recognized Williams and Pat Frank with its Lifetime Achievement Award, which it has given to a prominent Republican and Democrat for the past three years. Past recipients include Democrat Terrell Sessums, former Florida House speaker; Republican Bob Martinez, former Florida governor and Tampa mayor; Republican Mike Bilarakis, former U.S. House representative; and Democrat Betty Castor, former state senator, Hillsborough County commissioner and president of the University of South Florida.

“The Tiger Bay Club is a totally nonpartisan, not-for-profit organization,” said Yvonne Fry, its president. “It’s all about educating, engaging and empowering citizens around issues and the people seeking to lead our community. We give this award to those who have given a lifetime of service and shown, by example, what’s possible when someone is willing to serve others for the greater good.”

Williams, 90, was honored by the recognition.

“I felt overwhelmed and grateful and somewhat humbled,” Williams said, with a smile. “I was surprised when Sally Harris said she wanted to nominate me. I really didn’t think it would go anywhere.”

Williams credits her family for helping her along the way.

“You don’t get there by yourself,” she said. “My two biggest cheerleaders were my husband John (who died in 2011) and my daughter Kim.” 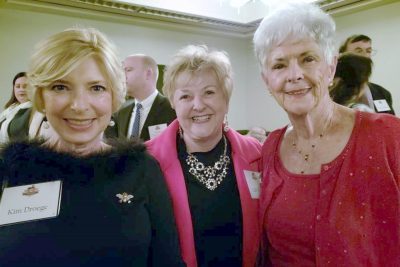 True to form, even in retirement, Williams remains active in her church and the community. She became a volunteer in 2005 at the Critter Adoption and Rescue Effort no-kill animal shelter in Ruskin, where she continues to care for its kittens and adult cats in the intensive care unit every Monday morning. She’s volunteered for the Sun City Center Area Chamber of Commerce since February 2012, working two half-days per week and helping out at its monthly luncheons.

“Volunteering is one of the most rewarding things I’ve ever done,” Williams said. “I always thought, ‘If I don’t do it, who will?’ I was never one for sitting around much.”

Working a cause or helping others is something she highly recommends.

“If you find time on your hands, there’s no better way to invest it than through community service,” Williams said. “It’s a way to truly make difference.” 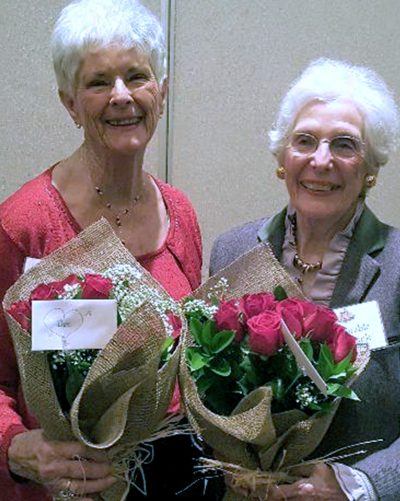 Dee Williams, left, and Pat Frank are this year’s recipients of the Tiger Bay Club of Tampa Lifetime Achievement awards, which it has given to a prominent Republicans and Democrats for the past three years. 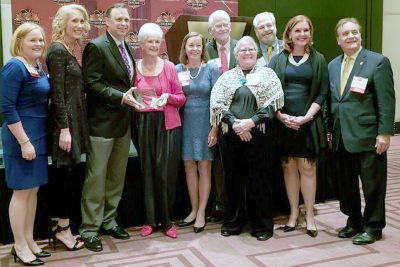 Dee Williams, fourth from left, gathers with Florida State Senator Tom Lee and members of the Tiger Bay Club of Tampa board of directors after receiving a Lifetime Achievement Award from the club. 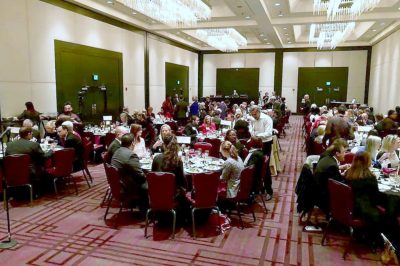 The Tiger Bay Club of Tampa hosted its annual Lifetime Achievement awards presentation Jan. 29 at the Hilton Tampa Downtown. The event drew a sold-out crowd of 150.