Three Bulls Tavern and Brewery to open in Brandon this spring 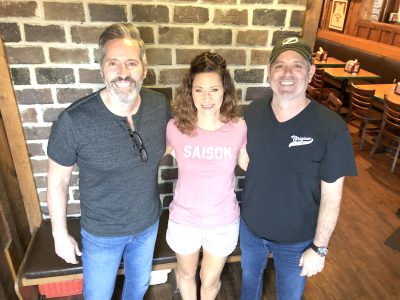 When Tracy Mellody began brewing beer in her backyard seven years ago, she tagged her Facebook posts with the #threebulls hashtag. She and several of her friends were born under the zodiac sign Taurus.

So, when she and her husband, Jim Mellody Jr. decided to take the brewery and his culinary wizardry inside, they determined to take the name to their new location with them.

The two, along with Jim’s brother Sean Mellody, plan to open Tree Bulls Tavern and Brewery in Brandon this spring.

Jim, whose family founded Beef ʻO’Brady’s back in 1985, continued working on his own recipes for years while Tracy brewed her Belgian-style beer.

Their house became his favorite place to enjoy good food and good beer, he said.

“It was our passion, more than anything else,” he said, in determining to open their own gastro pub. “We were following our passions and if the opportunity arose we would be ready.”

The opportunity arose when Beef’s decided to shutter one of its restaurants at 4330 Bell Shoals Road in the Bloomingdale East and West neighborhoods. Diners will be able to get a glimpse of the brewing process while they dine and enjoy one of the six beers Tracy plans to brew.

There will also be 20 guest craft brews for purchase.

As for the food, it will be Jim’s own recipes and when possible, dishes will be made with local vegetables, meat, herbs and spices.

Tracy said she became very passionate about brewing, all the while with Jim in the restaurant business cooking.

“Jim was the one who started on thinking about if we ever did a concept, saying, ‘I’m going to cook and you are going to brew.’” She wouldn’t have it any other way, she said. “Brewing is my passion and the most fulfilling activity that I do. To do it in a professional setting, I was afraid it would ruin my passion.”

That fear has diminished, though, and plans are moving ahead.

Tracy is working on the brews.

“I am primarily a Belgian-inspired brewer,” she said. “I’ll be making small batch, hand crafted session ales. What that means is a reasonable ABV (Alcohol by Volume), about 5.5 percent. It will be beer you can enjoy with a meal and not feel like you can only have one.”

Jim is working to finalize his recipes.

“It’s going to be gastro pub type stuff. I’d like to keep it simple, but with the locally sourced meats and breads and kind of let that stuff shine through,” he said. “A little smoke, fresh herbs, nothing will be hiding behind any sauces.” 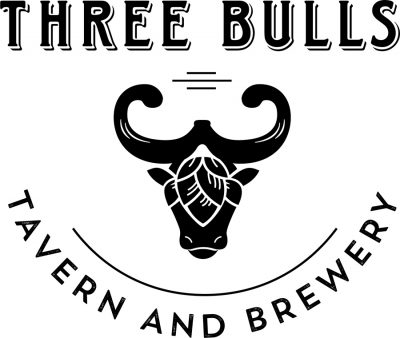 Among the offerings will be a house-smoked pastrami Rueben. “I smoke it in-house and pickle vegetables and make the sauerkraut in-house. That is one example of a dish with a little smoke, fat and acid.”

He also plans to use a lot of his house-made chorizo. One dish will be a chorizo Scotch egg. Another will be baked meatballs and sauce, using a family recipe he believes dates back more than 100 years.

There will also be roast pork sandwiches made from Jim’s smoked pork.

As for the pub’s ambiance, it will be a rustic, comfortable warmth that comes from architecture using wood and brick.

“It is also going to have a ton of personality,” Tracy said. “Being in the corporate environment for a long time, you don’t get to express a lot of your creativity. We are kind of going for broke on personality.”

The two are also creating their own music play lists to add to that personality.

Yes, there are other craft breweries in the greater Brandon and Riverview area, like Stein & Vine, Levin and Bullfrog Creek, but instead of competitors, Tracy and Jim see them as players in a community.

“We are complementary to each other. We keep people in Brandon instead of them having to drive to Tampa for the experience. If you have a couple options, you’ll stay around here.”