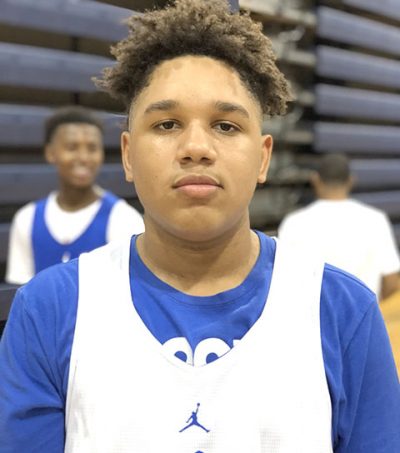 The spotlight and the notoriety will be on the opposing, visiting team’s coach and its star player (the coach’s son) as the Lennard Longhorns close out one of their most successful seasons ever at home on Friday, Feb. 8, at 7 p.m.

The opponent is Blake, which is coached by Derrick Sharp, the former University of South Florida basketball star and star ex-pro player in Israel. Coach Sharp will be restricted to the bench, but the person to watch on the court is his son Emanuel Sharp. Emanuel is a can’t miss Phenom (with a capital P). Even though Blake of Tampa is having a mediocre season in 7A Division 7 action with a won-loss record of 9-10 overall and 6-4 in conference, the young Sharp is lighting it up and is worth the price of admission. Emanuel is scoring 26.5 points per game average and ranks high in other categories as well. At 6-foot 4-inches and 200 pounds — and still growing — the freshman is on every university’s radar as a top recruit. Even the pros are already eyeing the precocious, prolific hoopster.

Lennard coach Zarko Stojakovich, riding a 4-game winning streak, must deal with powerhouse Freedom in Tampa first; however, in a game after press time on Feb. 5. The dominant Patriots are rolling along in second place in 8A District 8 with a 20-2 overall mark and 12-2 in district with losses only to District 8 leader Wharton and 44-42 to Plant who they also beat once.

Coach S’s squad has completed 8A District 9 play with a 7-5 mark. Going into the Freedom and Blake games, Lennard was 15-8 overall. It is the third best record in Lennard basketball history. Last season — Coach S’s first — Lennard was 7-15.

Lennard had no problems with hapless Leto, 1-19 overall and in 8A Distrtict 8 they have lost all 14 games. The Longhorns bolted to a 13 point halftime lead and toyed with the Falcons in the second half to win going away. Coach S gave his reserves plenty of playing time. “It’s always good to get everyone in the game because that is not always the case,” said Coach Zark. “The kids had fun cheering each other on.”