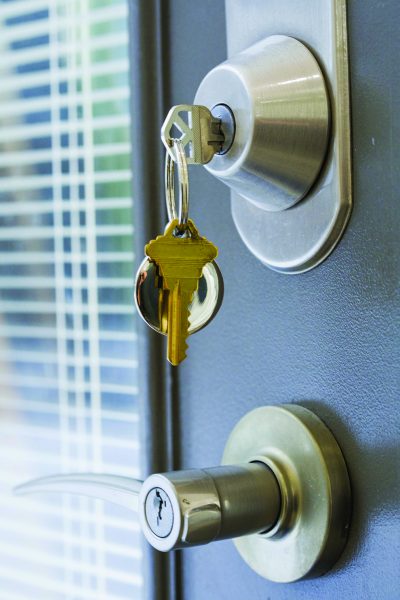 Hillsborough County has had a shortfall of affordable housing for years. But now, with 2,000 people pouring in every month, the situation has gotten dire.
And in southern Hillsborough County, with all the growth it has experienced in recent years, there is a definite shortfall, said county Affordable Housing Director Cheryl Howell.
The county is looking at all options and wants more public input in deciding how to allocate $5 million earmarked this year for affordable housing.
The opportunity to give that input occurs Tuesday, Feb. 5, from 6 to 7:45 p.m. at the Robert W. Saunders Public Library, 1505 Nebraska Ave., Tampa.
Compared to the other five major urban counties in Florida, Hillsborough falls in the middle, Howell said. Miami-Dade and Sarasota counties are worse off.
“We have some of the areas that do have more of a cost burden, a greater need — Miami-Dade and Sarasota, Palm Beach, Broward and Orange counties.” Hillsborough and Pinellas are about equal and Pasco is in better shape in the amount of affordable housing, she said.
The problem, she said, is that there still are not enough good-paying jobs in this area, because it remains a service-oriented economy. Many of the jobs available are at the lower end of the pay scale, like servers, guides, dishwashers and hotel custodians.
“It’s just that people are not earning enough money,” Howell said. “The market conditions really price people out.”
She calls it not just a housing problem, but an affordable-living problem.
The Hillsborough Organization for Progress and Equality, or HOPE, made up of various members of the faith community, has been working with the county to push for more funding.
During the most recent budget sessions, Hillsborough County Administrator Mike Merrill plugged the $5 million into the budget. It is now time to allocate that funding.
“It’s not like we haven’t been doing anything,” Howell said. “Some of the targeted populations historically we’ve provided affordable housing for, but those populations are expanding. Earnings have not caught up with actual cost of living.”
The forum will be a discussion of what the needs are in Hillsborough County. Everything is on the table, from traditional housing for low income people, to tiny homes, public-private partnerships and more.
“We are going to talk about what the needs are,” Howell said. “Some say people need access to home ownership, and they really do. That is probably the most affordable housing product here.”
Mortgages are less than rent in many cases.
“Some residents still need the opportunity to own a home. For some people they are looking at innovative situations, like shared housing and tiny homes.
“We are inviting the public-at-large, developers that want to do typical affordable housing, nonprofits, people who are in need and want to be part of this conversation. Anybody who has a stake in the future of affordable housing should come,” Howell said.
This is just the beginning of the discussion on what affordable housing should look like and how to use the initial $5 million, she said.
One thing the county is already focusing on more is infill development, which is building on land available in the urban area. It costs much less than building further out where infrastructure must be constructed.
“It is more cost-feasible to build in areas where building has already taken place,” Howell said. “And being able to work with existing land owners.”
The county also hopes to convince some apartment developers to set some units aside that can be rented out with subsidies.
“We are looking at three large complexes coming on board right now,” she said. All three are in unincorporated Hillsborough County. Two are in Sabal Park and one is in the Brandon area. One will break ground this spring, and the others will break ground in late fall.
“Last year alone, we expended $14.3 million on affordable housing services,” Howell said. “We leveraged $54.3 million of additional funding by working with developers, and we actually garnered over 730 units of affordable housing through preservation, down payment assistance or creation of new units.”
Still, she said, the county isn’t keeping up.
For some, she said, just going to the grocery store these days is a big deal.
And affordable living in south county, the fastest-growing area of Hillsborough County, is reaching a low point.
“Affordable housing in south county is quickly eluding us,” she said. “We need to get into land banking now.” That means purchasing parcels or setting them aside for low-cost housing.
Some may be county-owned property or other property on the market. “It needs to be done when the opportunities arise,” Howell said.