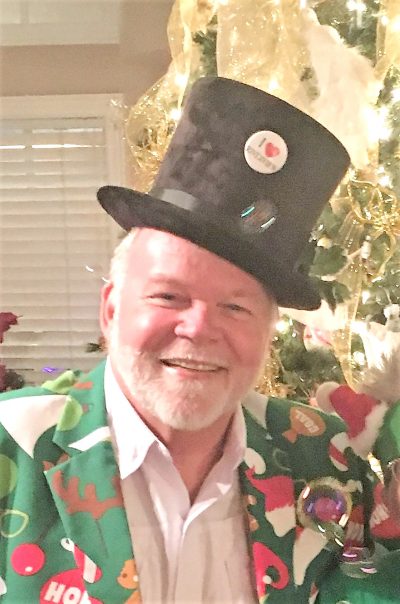 Each year the Greater Riverview Chamber of Commerce (GRCC) oversees the election of a new honorary mayor. Thankfully, this does not require any pencil-filled circles or hanging chads or even recounts. All this race needs is dollars. At the end of the given time period the contestant who has helped to raise the most dollars for their charity is named the winner. Bill Andrew, activities dDirector at Superior Residences of Brandon Memory Care raised over $24,000 recently and will be named the 2019 honorary Mayor of Riverview.

Andrew decided to run in this year’s race to help raise funds for two charities close to his heart – Seeds of Hope and South County Spartans Athletic Program Inc. He began volunteering with Seeds of Hope back in 2010 by helping his sister Jill Andrew to host the Kids Area at the annual Fishhawk Turkey Trot. He is still helping with this event and has enjoyed watching it grow from 250 to 3,000 participants. Andrew also helps weekly to distribute the Seeds of Hope collected food from Presbyterian Church of Bloomingdale. This food is provided to anyone who is in need and local high school students work the delivery and carry-out function to assist the families.

South County Spartans Athletic Program Inc. is a relatively new program giving more children the opportunity to participate in football, wrestling, golf and cheerleading. Andrew had heard Christian Beiter, president of the organization, talk about the Spartans during GRCC’s Taking Care of Business meetings and became inspired. First, he brought in a bag full of old clubs to donate to the golfers. Later he passed-the-hat at one of these meetings and raised over a $100 to help them out.

The leaders and volunteers for both of these organizations stepped up to help and assist Andrew in his race for mayor. The excellent communication and cooperation between the two groups made Andrew proud and the race enjoyable. Through event after event, they encouraged folks to attend, they set up, they tore down, they prepared food, they counted money and they even had some Mad Tea. All of this because the 2018 honorary mayor of Riverview Dr. Bryan Thatcher said, “Bill Andrew would make a great Mayor.” As mayor, Andrew will serve one year on the GRCC Board of Directors and appear at ribbon-cuttings and other events throughout the greater Riverview area.

Andrew was raised mostly in western Pennsylvania but did spend time in a couple of other states before coming to Florida in 1978. After a few years, he took off traveling as an entertainer in the hospitality industry. Andrew has the talent and the voice to perform in hotels, cruise ships, night clubs and even train lounges. He is currently director of music at Mulberry United Methodist Church. In 2003, he settled in Florida again but it wasn’t until 2013 that he took his position as activities director alongside his sister Jill as senior director of Sales and marketing at Superior Residences of Brandon Memory Care. The two are a very welcomed and treasured part of this community.

For more details about the mayor’s race or Greater Riverview Chamber of Commerce, visit www.RiverviewChamber.com. The office is located inside the CenterState Bank building at the corner of U.S. 301 and Bloomingdale Avenue, 10101 Bloomingdale Ave., Suite 102. Office hours are Monday through Friday 9 a.m. to 4 p.m. Call 813-234-5944 or email info@riverviewchamber.com for more information.

Adopting a dog is a lifetime commitment

The dogs no one wanted