With the ‘stroke of a pen,’ adopted woman learns she has new family 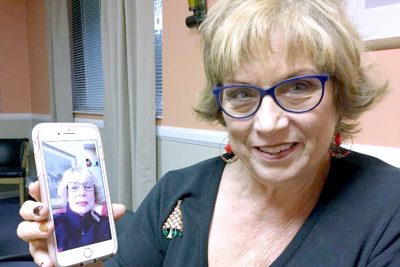 LOIS KINDLE PHOTO
Sheila Weidel, 65, chats via Skype with Marlene Schumaker, her 70-year-old sister she recently learned she had, but never knew.

Sun City Center resident Sheila Weidel and her siblings received an unexpected Christmas gift this year. They learned they have an older sister who was unknown to them their entire lives.

That sister, Marlene Schumaker, was born in Fort Pierce in 1948 and was shortly thereafter adopted by a family living in Baltimore, Md. Her birth parents, Sheila’s mother and father, had given her up because they couldn’t afford to care for her at the time, and they wanted the child to have a better life.

After her adoptive mother died about 10 years ago, Marlene found her original birth certificate among her mom’s papers with the names of her birth parents listed on it. She had always known she was adopted but until then never felt the urge to learn about her birth family.

“For most of my entire life, I had no burning desire to find my birth parents, because I had such a great life,” Marlene said in a recent interview over Skype. “In the early 2000s, I did an internet search that didn’t yield much, but my interest was piqued (once more) when I learned about an acquaintance who had received communication from her birth family.

“That spurred me to go on Ancestry.com one last time (in August) to find any information on my birth family,” she said. “I learned my birth mom had remarried and had died in 2006. In her obituary, I discovered the names of all of her children, their children and their children’s children. I had an instant family.”

Marlene subsequently wrote a letter to Bill Marck III, telling him about the search and that she believed he was her brother. She enclosed a copy of her birth certificate and provided details of her research.

“I realize this is a lot to take in and that you and your family need to talk about this revelation, however, if you or any of your siblings are willing, I would love to start to communicate in whatever manner you most feel comfortable,” Marlene wrote. 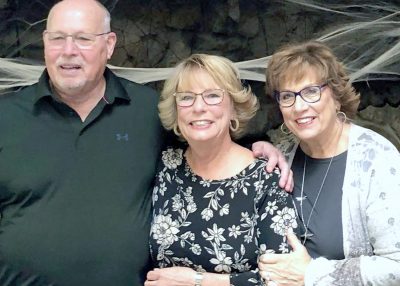 PROVIDED PHOTO
Siblings Bill Marck III, left, and Sheila Weidel right met sister Marlene Schumaker for the first time in October. Schumaker was adopted shortly after her birth, and her birth parents never told their other children about her.

Of course, she didn’t know what to expect.

“When you do something like this, you have no idea if you’ll be totally rejected, if you won’t hear anything for months or if your prospective family members will want to learn more,” Marlene said.

She sent the letter and waited.

Within a matter of days, Bill responded via e-mail, telling Marlene her new family was very excited about the news. He requested her phone number, called her and then contacted Sheila.

“I was shocked my mother had never told us, but we were thrilled to learn about Marlene,” Sheila said. “We immediately wanted to meet her in person, so I made arrangements for us to gather at a brunch in October in Baltimore for about 20 members of our family and hers.”

While she was in Maryland, Sheila took her newly found sister to meet their father’s 95-year-old sister Leila Bozel, who also didn’t know about Marlene. Once she learned there were supporting documents, Leila was delighted.

“The open-armed welcome I received was overwhelming,” Marlene said. “I got a very large family with just the stroke of a pen.”

The feeling is quite mutual.

“I feel bonded with her already,” Sheila said.  “We are very blessed to have Marlene in the family, and we’re all embracing each other and this experience. We’re over the moon.” 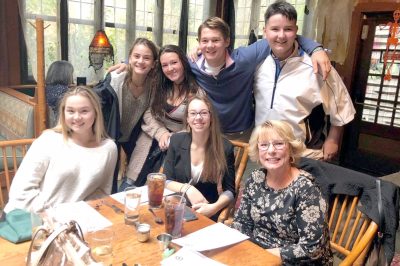 PROVIDED PHOTO
Marlene Schumaker, seated at right, and her granddaughter, Madison, center, is surrounded by her birth sister’s children Reghan, top left, Loghan, Izzy, Tucker and Beezer, all great nieces and nephews she wasn’t aware of until October. 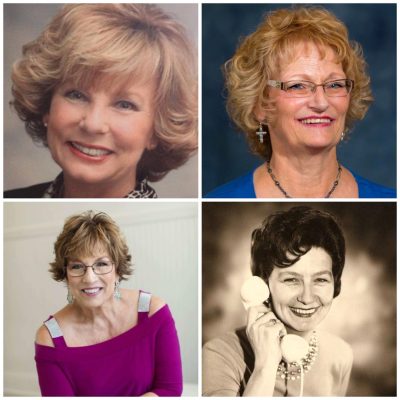 PROVIDED PHOTO
It’s easy to see the family resemblance between Marlene Schumaker, top left, who was adopted to another family at birth, sister Kathi Fair, top right, sister Sheila Weidel and their mother Bertha on the bottom. 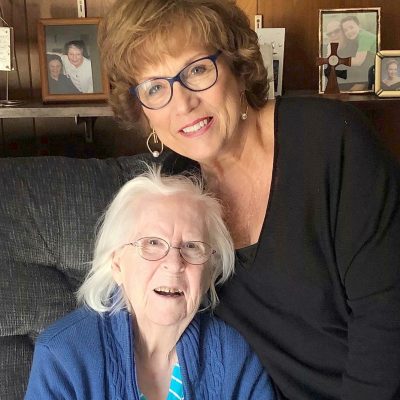 A long history in citrus