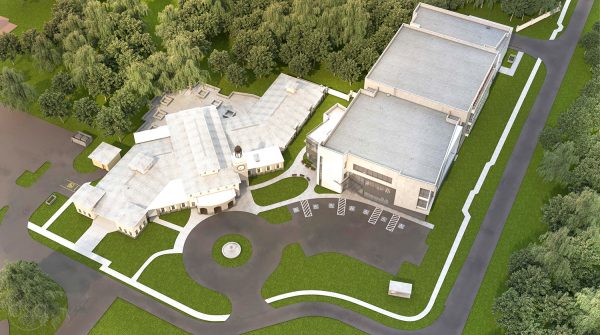 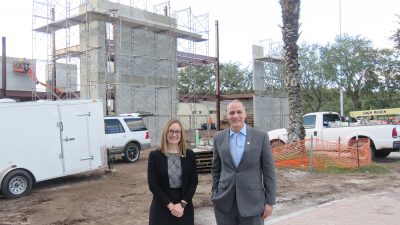 There have been some impressive happenings in the past three years at the Ruskin campus of Gannon University. Beginning with a handful of students in its Doctoral and Graduate Programs, the first class graduated this fall, and enrollment has almost doubled in the past year to reach nearly 200. Capacity of the campus is planned for 500.

Renovation and construction have been nonstop since Gannon leased one wing of the industrial complex next to Bob Evans (near the Ruskin/Sun City Center I-75 Exit) formerly occupied by Minto Communities. They quickly acquired the remaining portion of the building, completely renovated it and added a 200-space parking lot on their three and one-half acres. The university’s current project — a $20 million, 80,000 square foot, three-floor addition—can be seen from S.R. 674.

Steve Mauro, Gannon’s vice president of Academic Administration, said the Ruskin campus is staffed by about 30 administrative and faculty members. The expansion will provide additional classrooms, labs, offices, etc. plus space for growing new programs such as Special Language Therapy. They are investing $500 million in the latest and greatest equipment for the campus and will be expanding programs such as “distance education.” That means students can interact electronically with Gannon’s main campus in Erie, Pa. 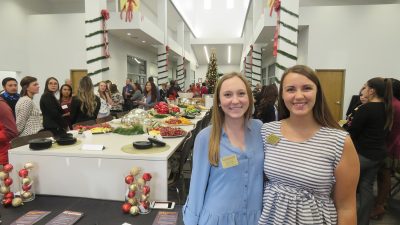 BILL HODGES PHOTOS
Florida State graduate Taylor Dake, left, and Pittsburgh’s Point Park University graduate Shaylynn McGrath are pursuing doctorates in Occupational Therapy. They like Gannon in Ruskin because it is small and say fellow students and staff are supportive and friendly.

Gannon recently hosted a networking event on campus, inviting community and health professional partners mix with faculty and students, hear about programs they are bringing online and tour the renovated complex.

Addressing the attendees, President Keith Taylor said Gannon is proud to be part of this community and to be educating students who will get out into the world to make a difference. “This is a long-term commitment to the local and Florida community and to these young professionals as they develop their careers as health professionals.” He introduced members of Gannon’s Advisory Council who had assisted in finding a location, developing the new campus, discerning the health climate of the area and developing relationships with leaders in the community and health institutions.

One member of the council, Michael Hance, director of operations at St. Joseph Hospital in Riverview, said he feels privileged to be on the council. “We are interested in a pipeline of students who hopefully will come to work with us,” he said.

Gannon University has provided an extensive offering of graduate-level coursework since 1964 at its Erie, Pa., location. Student population there is about 4,300. Gannon Ruskin offers a hands on, community-based curriculum that aligns with the demand for healthcare professionals in Florida. Current programs are Occupational Therapy and Physical Therapy doctorates and Athletic Training and Physician Assistant master’s degrees, and other programs are planned.