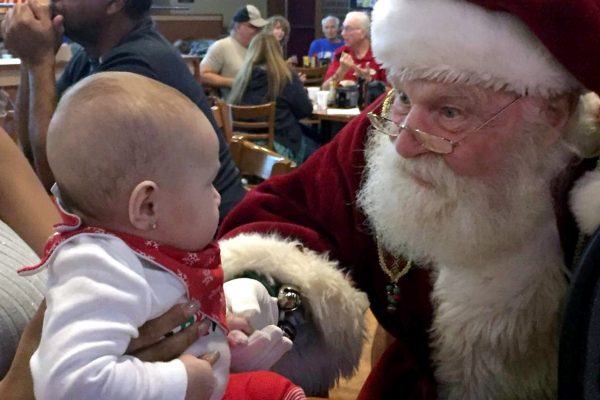 LOIS KINDLE PHOTOS
Three-month-old Genesis Bonilla doesn’t quite know what to make of Santa during the annual Toys for Tots wrap-up party.

South Shore residents come through for Toys for Tots campaign

Thousands of children in need will get gifts from Santa this Christmas due to the kindness of others.

“We had another successful toy drive this year, thanks to the caring and generous residents and businesses of the South Shore community,” said Ann Hathaway, accounts manager and collection coordinator for Pearson Capital, annual sponsor of the local Marine Corps Toys for Tots campaign. “Christmas will be happier in many homes this year because of them. Our thanks go out to all who participated.”

“I was an underprivileged child once, so I know what it’s like to not have Christmas morning,” said Rachel Mushow, of Rachel’s Family Salon in Apollo Beach, one of about 80 businesses that collected toys this year. “I absolutely have the best clients. That’s why I have four full boxes (up from two last year).”

To express their appreciation for the community’s generosity, Don Pearson and his father, Walter, hosted a wrap-up party at The Alley at South Shore, which featured lots of free food, music and, of course, a visit from Santa. 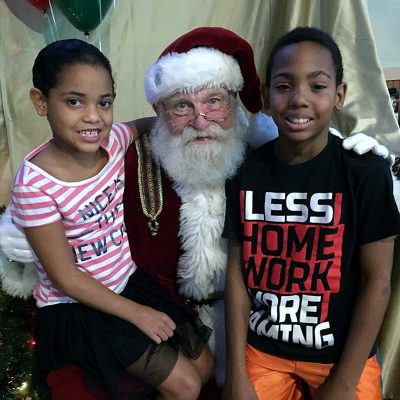 LOIS KINDLE PHOTOS
Riverview residents Londyn Glenn, 7, and her brother, Richard, 10, pose for a quick photo with Santa before visiting with him at the Toys for Tots wrap-up party at The Alley at South Shore. 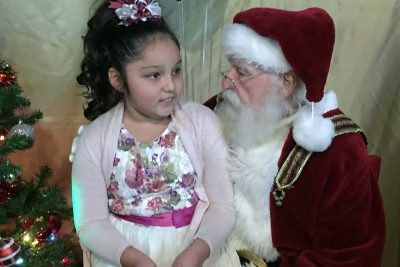 Hailey Balazar, 7, of Ruskin, listens intently as Santa asks her what she wants for Christmas this year. 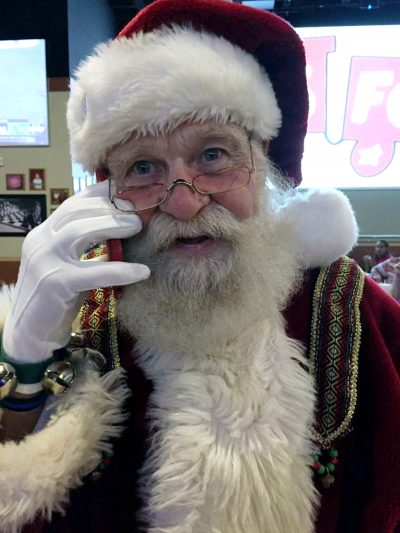 Santa Claus, aka John O’Connor, of Duette, makes a quick call to Mrs. Claus immediately after his arrival in Riverview Dec. 15. 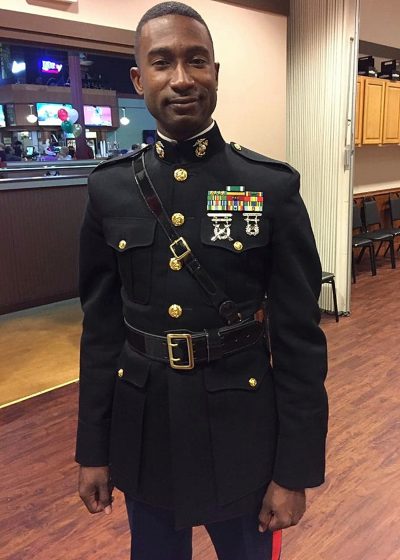 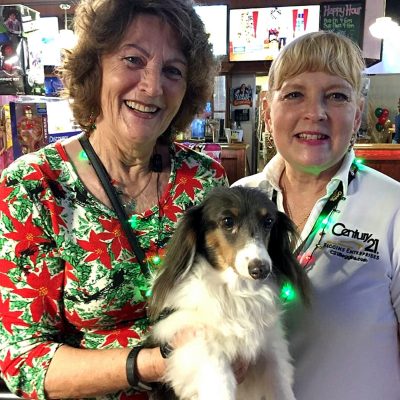 Retiree Eileen Eletto and Charlie Creasy, of Century 21 Beggins Enterprises, pose for a photo among the toys at the annual Toys for Tots wrap-up party at The Alley at South Shore Dec. 15. 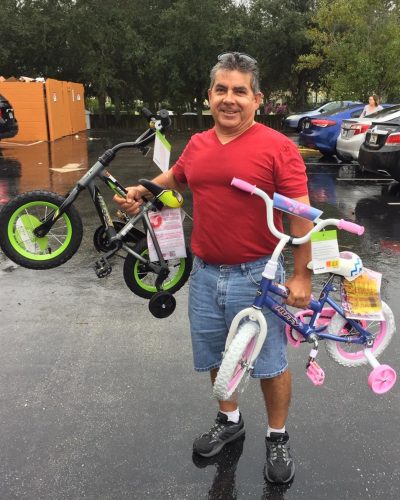 John Lopez, of Sun City Center, helps unload a couple of bikes from a truckload of dozens of bicycles and three boxes of toys donated and/or collected by the folks at Century 21 Beggins Enterprises in Apollo Beach. 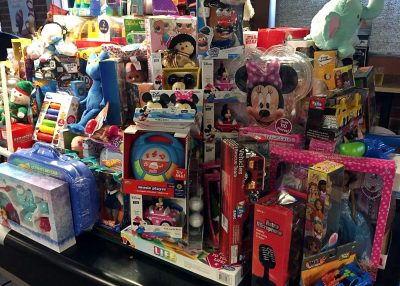 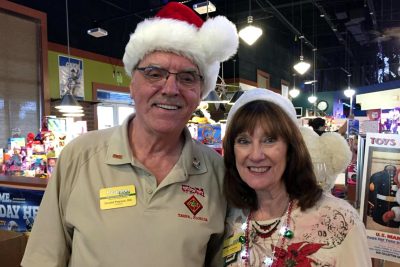 Don Pearson and Ann Hathaway of Pearson Capital are all smiles to see the generosity of area residents and businesses as they wrap up another successful Marine Corps Toys for Tots campaign in South Shore. 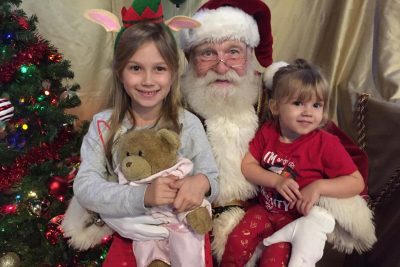 Lillian Johns, 6, and her sister Lola, 2, of Riverview, sit for a photo with Santa after giving him their Christmas wish lists at this year’s Toys for Tots wrap-up party at The Alley at South Shore Dec. 15.

Help for single-parent moms to be greatly expanded