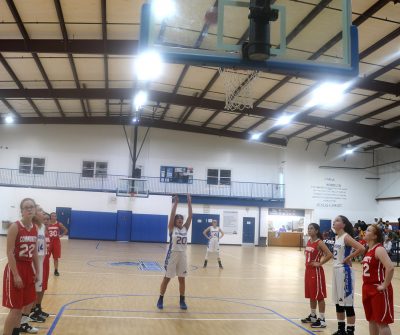 Melanie Rodriguez, #20, cans a free throw from the charity stripe in the win over Community Christian.

The boys clobbered the undermanned Community varsity 56-16. The Warrior girls’ varsity nipped the Community girls 29-28. On the JV level, the boys won easily 46-13 while the girls also won 24-18.

The Warriors’ boys’ varsity closed out 2018 with a game at Palm Grove Monday after press deadline. The varsity boys are back in action after the holiday break at Calvary Lakeland on Jan. 8. The next full slate of home games for all four Warrior basketball teams is Jan. 10 when Bell Creek comes to Ruskin with tipoffs at 3:30, 4:30, 6 and, finally, 7:30 p.m. for the boys.

Against Community Christian Dec. 14, the boys raced out to a 17-3 first quarter lead and a 38-10 halftime lead before swamping the visitors 56-16 as Assistant Coach Paul Northrop temporarily ran the team in the absence of Head Coach Micah Bonner.

As for the girls against Community, it was nip and tuck right down to the final buzzer, with the Warriors eeking out the 29-28 win under Coach Charlie Lewis and his assistant and wife, Coco Lewis. Junior Melanie Rodriquez came up big for the Lady Warriors with 14 points. 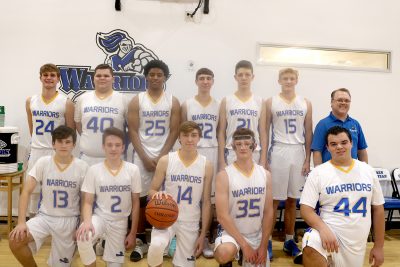 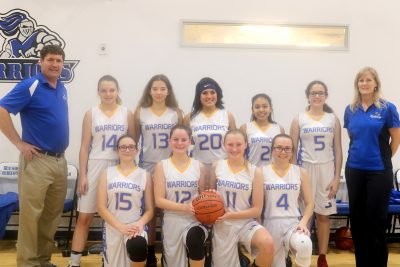 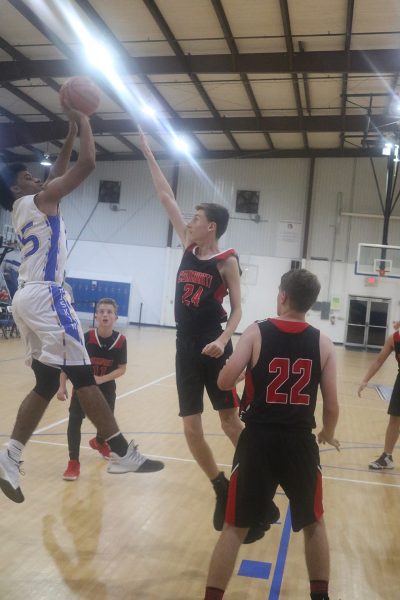 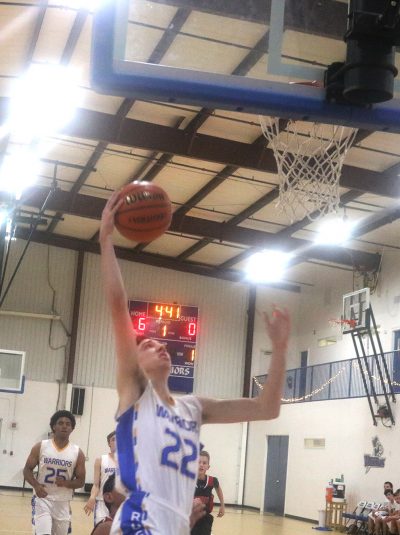 Noah Stratham, #22, pulls down a rebound in the Community Christian game last Friday. 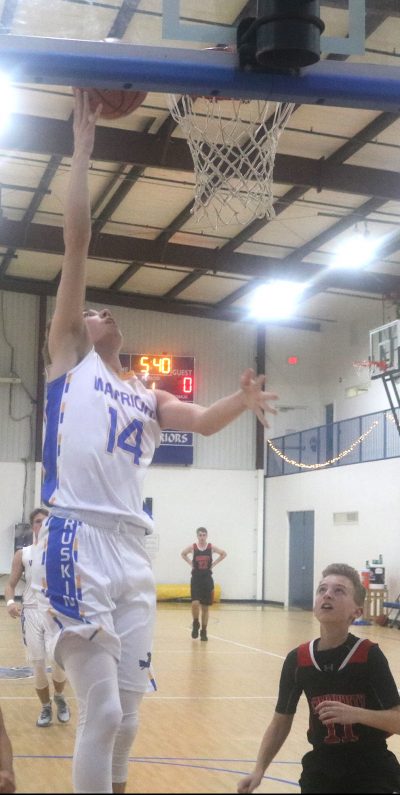 Caleb Stratham, #14, completes a fast break for RCS in the win over the visitors from Sarasota.