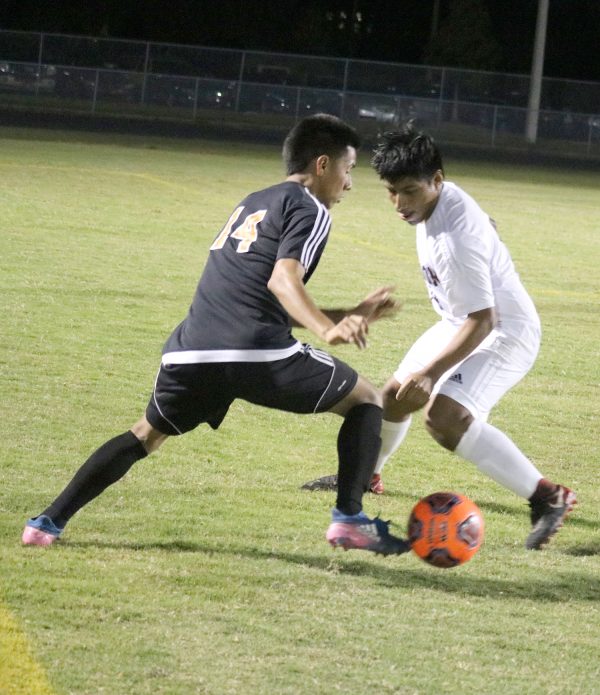 RUSKIN — The Lennard boys’ soccer team continues to struggle for first place in 4A District 9. The Longhorns of Coach Dominic Coco went into the Dec. 11 match in Tampa with Gaither sporting a 6-0 record overall and a 2-0 mark in district play. The Longhorns return to Ruskin Friday, Dec. 14, at 8 p.m. for a match with Armwood from Seffner. The Hawks are 2-5 in the young season. After a Christmas holiday break, Coco’s charges return to action with three straight road games in January before two home games: Jan. 18 versus Freedom and Jan. 22 facing Newsome.

Last week, the boys nipped Durant 1-0 on Dec. 4 and then dominated Brandon 4-1 in Ruskin Friday night. The smaller Lennard team jumped out to a 3-1 halftime lead over Brandon and then coasted to the final 4-1 win. Finding the goal for the Longhorns were senior Gerardo Gonzalez with a pair. Sophomore José Luis Garcia also knocked in two goals in the home conference game.

On Dec. 7, the Lady Longhorn soccer team also beat Brandon 4-0. Forward Aniah Rasool’s aggressive play and pure determination helped her team to the victory as she scored all 4 goals. She took 8 shots on goal and connected with 4, also stealing the ball twice providing other scoring opportunities, which Lennard could not cash in. According to Coach Vanessa Escobar, “It seemed Aniah would not settle for a good game. She wanted to help her team to a win, and that was the outcome.” The Lady Longhorns’ record is now 2 wins, 5 losses, and 1 tie overall, and 1-0-1 in District 9. Their next game is Dec. 11 against Gaither High, where the Longhorns are hoping to get to .500 within their district before the Dec. 14 clash with Armwood in Ruskin.

The Lady Longhorns were beat soundly on Dec. 4 by Durant, 5-1. Goalkeeper Chloe Michel was instrumental in her team staying in the game against Durant and avoiding the mercy rule. She had 5 goals against her, but registered 10 great saves.  Escobar said, “Chloe’s defending has improved and she is maturing well for a first-time goalkeeper.” Aniah Rasool had Lennard’s only score and fought hard alongside her teammates. 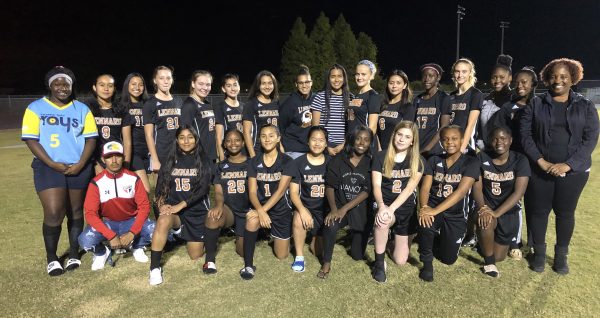 STEVE JACKSON PHOTOS
Justin Guzman #3 shoots past a Brandon defender in the Longhorn victory of 4-1. 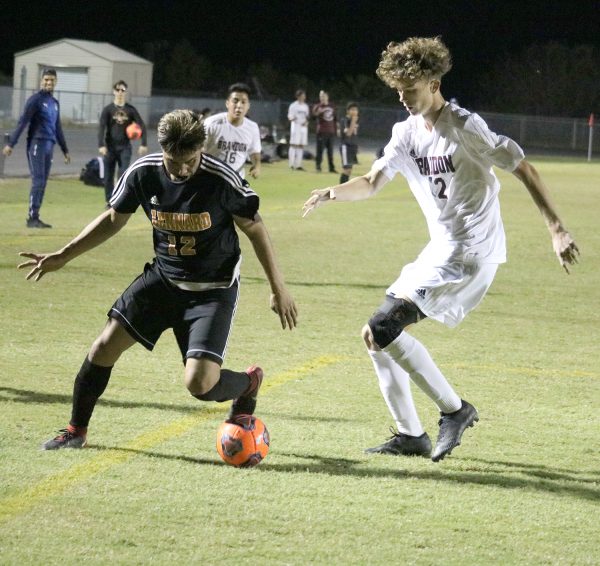 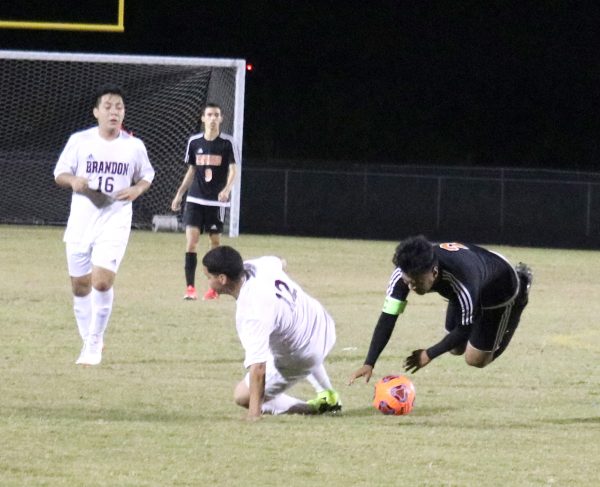 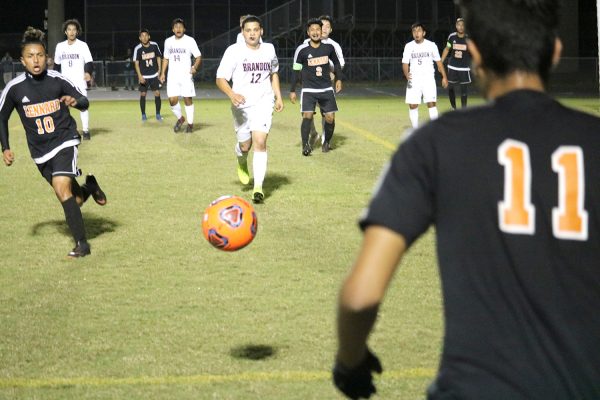