There are lots of folks in Sun City Center who know about Meals on Wheels, but most aren’t aware it’s been serving the community for 45 years. 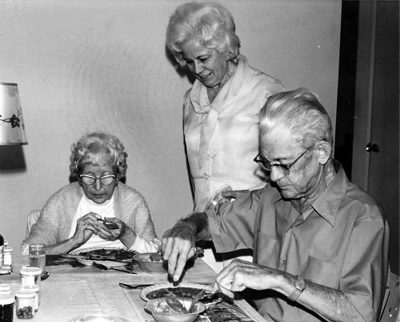 The program was started in SCC in 1973 by Carlene Bennett, a new member of the GWFC Sun City Center Woman’s Club, immediately after she retired and moved here from Columbus, Ohio. Bennett had previously founded and volunteered for a Meals on Wheels program there in 1956.

“Meals on Wheels is one of our signature programs. We’ve been involved from its inception,” said Sharon Alvarez, president of the Sun City Center Woman’s Club. “We love (our role in) providing this much-needed service to the community.”

Bennett delivered the first Meals on Wheels meal in Sun City Center to a couple who had just been released from a nursing home on the condition that someone be able to prepare food for them. The Rooksbys had responded to a survey put out to the community by the SCC Woman’s Club and became its first clients. Prepared by the Kings Inn Restaurant, that initial meal cost $1.50.

Thanks to the Meals on Wheels program, the couple stayed together in their home until the husband died.

In the beginning, the Woman’s Club received requests for meals, collected $1.50 for each one, ordered the meals from the Kings Inn Restaurant and then delivered them to shut-ins 365 days a year.

“As the community grew and the demand for Meals on Wheels became greater, we reached out to other service organizations and churches in Sun City Center for help with delivery,” Alvarez said. “We partnered with South Bay Hospital after it opened in 1982 to prepare the meals and collect the money, and we organized the volunteer drivers who made deliveries.”

“South Bay Hospital is proud to be part of Meals On Wheels,” said its marketing director Shannon Mitchell. “We specialize in preparing nutritious meals for our patients and by extension the people who need Meals on Wheels. We like being able to have an impact locally.”

In 2003, the Sun City Center’s Meals on Wheels program became a three-pronged partnership between the Woman’s Club, the hospital and Samaritan Services, which assumed responsibility for providing information on the program, taking meal reservations and scheduling driver pick-ups at the hospital. 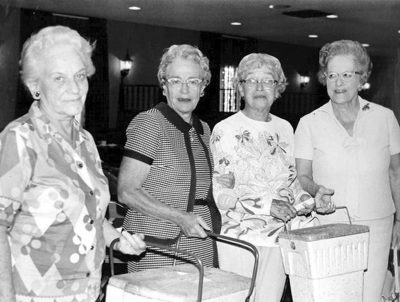 This partnership and program responsibilities remain in place today.

“South Bay prepares the meals for pick-up at 3:30 each afternoon,” Leverett said. “We have three part-time people we pay per diem seven days a week to go to the hospital and put the meals into Styrofoam containers, pack them into Thermos bags, and then wait for the drivers.”

The SCC Woman’s Club coordinates volunteers from church or the service organization of the month to ensure there are enough people to meet demand for the meals. These folks get their daily delivery lists from the Samaritan Services coordinators, then deliver meals to up to 10 registered clients each day.

The meals now cost $6 each. The hospital gets $5 to cover the cost of preparing a fresh protein, carbohydrate and fresh veggie and fruit juice. Samaritan Services receives $1 to help pay its coordinators and cover billing costs.

Anyone in Sun City Center, including Kings Point, can order a meal, Alvarez said.