Sun City Center has its own credit union 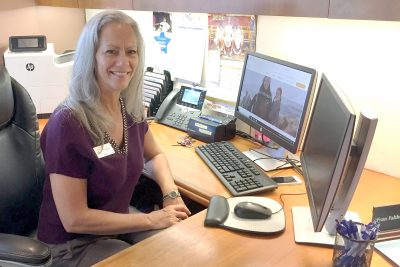 LOIS KINDLE PHOTOS
Fran Fabbro has stayed on as branch manager and vice president of the Lake Michigan Credit Union of Florida, formerly Encore Bank in Sun City Center. She invites the entire community to stop by and see the advantages a credit union membership has over traditional banking.

Lake Michigan Credit Union (LMCU) of Florida’s Sun City Center location is already up and running in the Payant Financial Plaza, but some folks in the community don’t know it. But since Encore Bank and the credit union will officially become one entity Nov. 5, that’s about to change.

The merger was approved by state and federal regulating agencies earlier this year in mid April.

“We’re so excited to be here,” said LMCU of Florida Branch Manager and Vice President Fran Fabbro, who formerly held the same positions with Encore Bank. “The community is going to love banking with us. Everyone is family in this organization, and that applies to members as well as our staff.”

Anyone who lives, works or attends secondary school in Hillsborough County and the three other counties LMCU of Florida serves qualifies for membership. Eventually it plans to have branches in 14 counties from Naples all the way to the Panhandle.

Folks who “bank” with a credit union are known as members, because they actually own the organization, which is a not-for-profit cooperative. Since it has no investors like for-profit banks do, credit unions generally have lower fees and higher interest rates.

The LMCU of Florida has a 5-star rating for financial stability from Bauer Financial Group, an independent organization that analyzes and rates banks and credit unions. It is rated A+ by Weiss Ratings for financial strength.

The credit union is one of the largest mortgage lenders in southwest Florida with some of the lowest interest rates in the country. It offers a 3-percent annual percentage yield on personal checking accounts on balances up to $15,000, with no minimum balance required.

“There’s no standing in a teller line here,” Fabbro said. “Each personal banker has a direct line to work with members directly. Members can also schedule appointments with staff online before coming to see us. 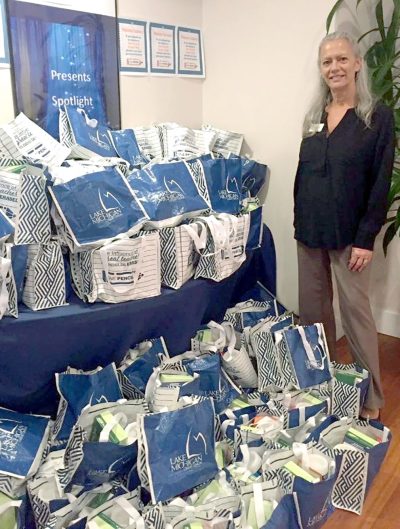 Lake Michigan Credit Union of Florida believes in being a good community partner. In mid October, it gave away 98 bags of teacher supplies to South Shore school teachers who requested them. The not-for-profit organization was founded in 1933 as the Grand Rapids Teachers Credit Union.

“And although we don’t have a drive-through, members with mobility issues can drive up, call us and we’ll come to their cars to get their transactions.”

All funds deposited with LMCU are guaranteed by the National Credit Union Administration, the equivalent of the Federal Deposit Insurance Corporation for banks.

The Lake Michigan Credit Union was founded by Lloyd E. Hutt, a Grand Rapids schoolteacher, as the Grand Rapids Teachers Credit Union in 1933. Eighty-five years later, LMCU has become one of the largest credit unions in the country.