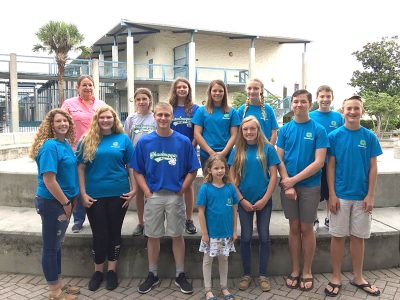 Jurassic Park, the first one, was breaking box office records; Barney was the most popular toy at elementary schools and Michael Jordan retired the year Karen Hamilton led her first 4-H meeting at Riverview High School.

A quarter century later Hamilton is still going strong, training youngsters aged 8 to 18 in everything from livestock and photography to public speaking and growing crops at the Riverview High Chautauqua 4-H Club. (The name is inspired by a Native American tradition of gathering to show animal hides, beads and other items.)

Starting out with some 10 to 12 youngsters in the early 1990s, Riverview’s 4-H has 25 to 30 members today. A typical meeting starts with a short business meeting before members break into smaller groups to work on individual projects. Each year, club members pick “focus projects.” 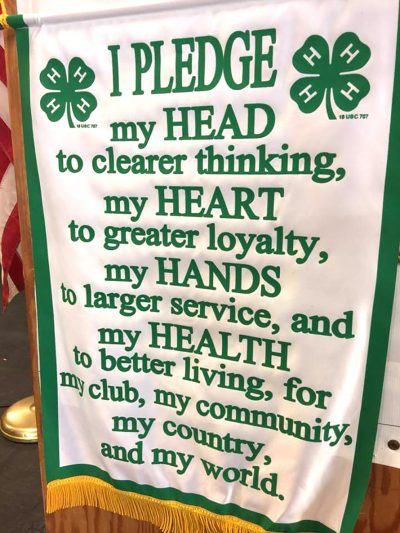 “This year we are focusing on public speaking, genealogy, microwave magic (where students learn to cook with a microwave), and then we will do a unit on small engines,” said Hamilton who was in a 4-H club at Charlotte High School in Punta Gorda as a teen. Her father was an Ohio dairy farmer until the family moved to Florida when she was 6.

Picking their own projects is a hit with club members, said Owen Baylor, a Riverview 10th-grader with six years in the club.

“Our club may be a little different than other clubs in that we get to choose activities that we will focus on. Right now we are practicing public speaking,” said Baylor who is looking forward to microwave magic. “We don’t know what it entails yet but it cannot not be fun.”

While agricultural education remains a keystone of the program, the 4-H philosophy of ‘learning by doing’ now extends to a variety of projects. It’s not all about animal husbandry or agriculture, a common misconception. “A lot of our kids also have those animal projects, raising pigs for the fair or have diary animals or rabbits or chickens. We help them with those projects at the club meetings but we also want them to see what else is out there, so 4-H includes sewing, cooking and robotics (among other things). It’s a very broad spectrum for the kids to learn. I want them to try new things and build those life skills that they will need to be a successful adult,” Hamilton said.

An unpaid volunteer, Hamilton thinks little about the time she devotes to the club.

“I enjoy helping the kids learn and seeing those lightbulbs come on as they learn things,” Hamilton said. “It’s a lot of fun seeing them create something or prepare an animal for the fair. It’s just the right thing to do.”

“She’s very hands-on and makes sure everyone is included,” said Spencer Baylor, an eighth-grader at Randall Middle School who has been part of the Riverview High 4-H program for six years. Younger students are eligible to join the club. Spencer has learned about growing crops, aquaculture, rocketry and woodwork among other things in the club.

The Riverview High Chautauqua 4-H Club meets at 6.30 p.m. Riverview High School, 11311 Boyette Road, on the first and third Tuesdays of the month. For more information on your local 4-H club, call the Hillsborough County Extension office at 813-744-5519, or email Charles Poliseno at cpoliseno@ufl.edu or Brandi Yancy at brani54@ufl.edu.