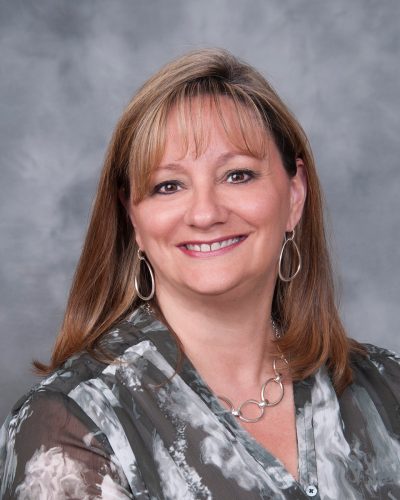 Michelle Mosher will take over the helm of the Greater Riverview Area Chamber of Commerce as president after the resignation of Sharon Roushe, who took a job outside the community.

Michelle Mosher will take the helm months early as president of the Greater Riverview Chamber of Commerce following the resignation last week of Sharon Roushe, who stepped down to take a new job out of the area.

Mosher has been serving as president-elect since the fall and was expected to stay in that position until this coming fall but will now hold the president’s post for more than the usual one-year term, said Debbie Kirkland, the chamber’s membership director.

Mike Jones, of World’s Finest Chocolate, will advance to the role of President-Elect in preparation for his chamber presidency in 2020.

The owner of Southshore Insurance Professionals, Mosher said she decided to take a leadership role to speak for those who could not or would not take on the responsibility.

“When I first joined the board, I really did so to be able to have a voice for the chamber members who didn’t want to or were unable to take on a leadership role,” she said. “The ultimate decision of becoming an officer of the Board and ultimately the president was truly to help give back to the community that has given so much to myself, my family and our business.”

Mosher and her family moved to Riverview in 2011 and she opened her business in 2014. Like most chamber members, hers is a small business. She has one staff member.

Mosher first began working in the insurance field in 1994 as a medical claims specialist in Tampa. She obtained her Property & Casualty Insurance license in 1996 in Maryland where she worked for a State Farm agent prior to opening her own State Farm Agency in 2002 in East Haven, Connecticut.

She became licensed to write insurance in Florida and began working as an insurance agent for a local agency in 2012.

In addition to her duties with the Riverview Chamber of Commerce, Mosher also serves on the board of directors for the South County Spartans Athletic Program, a youth sports league serving children in the South Shore area. She is also a long-standing member of the South Shore Business Association.

“My duties are to lead the Chamber Board of Directors, preside over meetings of the membership, board and Executive Committee,” she said.

“I believe the most important aspect of the Chamber is fostering relationships between the community and our local businesses, along with our core values of Diversity, Integrity, Leadership, Teamwork and Fun,” Mosher said.  “We have a lot of fun and we work hard to make The Greater Riverview Chamber recognized as leader in this great community.

“My plans for my year, which started a little bit early, are to start a Past President Alliance which will help us strategically plan for the future years of the Greater Riverview Chamber of Commerce,” the new president said. “I’d love to continue to involve our past leadership to keep our history alive and to forge forward as we grow membership.  This year we’ll be looking to revise our by-laws and our strategic plan to help foster our Mission, Vision and Core Values.  Given the outstanding events that take place throughout the year for the Chamber, I’d love to find a volunteer that wants to step up and be an Events Volunteer Coordinator.”

In addition to her business involvement, Mosher said she didn’t know a soul when she moved to Riverview, but many of the chamber members have become like family to her.

“The feeling of family is what I love most about the Chamber,” she said. “Chamber members are among some of my very best friends and have become that important in a very short period of time.  They are the ones I call with good news, with bad news, to help me find solutions to things and they are the kindest most helpful people I know.  I wouldn’t know what to do without the relationships I’ve made through this Chamber.”

Mosher grew up in Seminole County, just north of Orlando.  An only child, her parents live in Melbourne She and her husband, Todd, are raising his daughter Elise, who is an incoming freshman at H.W. Blake High School in Tampa. They have two dogs, Cocoa & Lilly.  “We enjoy our spare time traveling, cruising and boating in the Tampa Bay area.”