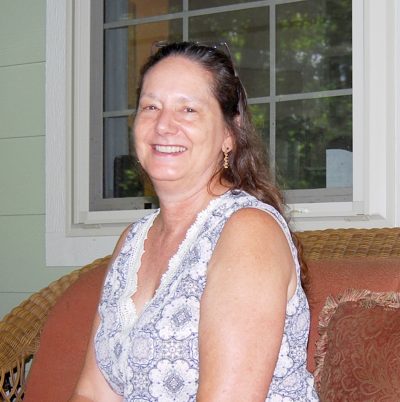 Parrish resident Tami Vaughan has been acting in plays since she was in the third grade.

“I was in a Hansel and Gretel play,” said Vaughan, who was now gratifying her passion for the stage by being involved with Theatre Odyssey.

She has been a member of the local theater company since 2011 and has performed many parts in the Theatre Odyssey’s popular annual Ten-Minute Play Festival and Student Ten-Minute Playwriting Festival.

Vaughan also has been active with the theater group off-stage as well, serving as secretary of the board of directors for several terms and designing and directing the production of the playbills for the two festivals for more than five years.

A new Theatre Odyssey production planned for November, the One-Act Play Festival, will be added to Vaughan’s busy schedule.

“We hope it’s successful and it gets Theatre Odyssey more recognition,” she said. “This will give local playwrights more opportunities to see their work on a stage.”

Vaughan, who moved to Manatee County when she was 10 years old, went to what was then called Manatee Community College, now known as South College of Florida, after graduating from Manatee High School.

While taking theater classes there she performed in several stage productions before transferring to the University of South Florida in Tampa to earn a degree in theater.

Vaughan said acting allows her to take on different personalities.

“I love being someone else for a while,” she said. “It’s a chance to express things I wouldn’t normally express.

“You can be a little wild and crazy when you can’t in everyday life” she said..

And of course there is the limelight and community recognition, Vaughan said.

“I met her before she joined Theatre Odyssey,” Aposporos said. “Since then we worked together in a student play three years ago, ‘Brothers in Arms.’

“It was about two young German boys and one is killed (in battle during World War I),” he said. “She played a school teacher and I played the role of the boy who survived at an older age.

“It was an unusual role for her in that she spoke with a German accent,” said the local real estate broker who enjoys acting. “I’ve also seen her in other company productions.”

After graduating from USF, Vaughan followed her dream and moved to the Big Apple.

“I went to New York City for six years to see if I could make it there,” Vaughan said. “The only play I worked on was an off, off, off-Broadway production.”

Between running to casting calls she worked as a secretary in an advertising firm to support herself.

Vaughan learned about graphic design at the ad agency and when she returned to Manatee County she started her company, The Word Doctor, a graphic design and copy editing business.

“I love being on the stage and I would have done more,” she said, “but when raising kids it was too much.

Vaughan and her husband, Rick, who owns Vaughan Builders, have been married 27 years. 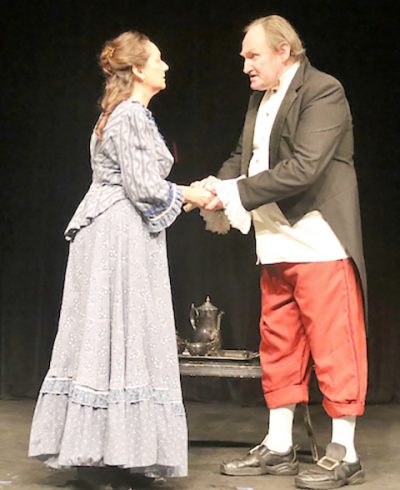 They have two grown children, Katie, 22, who graduated from Florida American University with a film editing degree; and Ricky, 18, who just graduated from Palmetto High School.

Vaughan does the layout and design for Golf Coast magazine and freelances other graphic arts projects.

She also does bookkeeping for several local businesses, and is active in the Parrish Civic Association.

Vaughan has been chairwoman of the annual Parrish Heritage Festival for about 10 years.

And she volunteers with the local theater group, Parrish Playworks, where she recently helped with the Giving Challenge marathon fundraiser.

“I don’t understand how anyone can move into a community and not know their neighbors and get involved,” Vaughan said.

But the glare of the footlights still draw her to the stage.

“Almost every year I have at least one part (in Theatre Odyssey productions),” Vaughan said.

“One of my favorites was in a play called Amazing Grace,” she said.

“I played the wife of the bad guy who owned slaves,” Vaughan said. “I enjoyed that part because it was a well-written play and the story was poignant.”

She said she also enjoy her part in A Little Help.

“I tell the current girlfriend all about the boyfriend,” she said.

Vaughan said with Theatre Odyssey doing three productions a year by adding the One-Act Play Festival, she will have more opportunities to be on stage.

Aposporos said the deadline for playwrights to get their works submitted for consideration for the One-Act Play Festival is July 31.

Aposporos said the idea of the One-Act Play Festival was an alternative to another production Theatre Odyssey was doing. 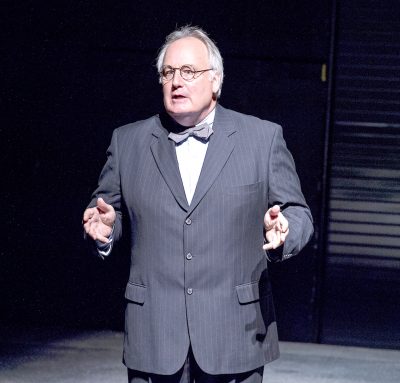 “We were producing playwright dinners two, three times a year,” he said. “But unfortunately the cost of producing those dinners was expensive.

“Because the audiences were smaller it made it difficult to cover costs, and Theatre Odyssey has always compensated everyone involved,” Aposporos said.

In a board of directors discussion Aposporos brought up the fact that the company does festivals really well.

“I said let’s do another festival,” he said. “How about a festival of one-act plays of about 20 to 25 minutes each and the ideas started flowing.”

Theatre Odyssey was founded in 2006 as an outlet for local playwrights and actors.

Aposporos and co-founder Larry Hamm were in the award-winning production of Metamorphoses at the Manatee Players.

After some discussions with other cast members, it was decided to produce a night of several 10-minute plays by local playwrights in spring 2006.

“Building a professional company was the goal from the beginning,” Aposporos said. “We wanted to provide an outlet for writers in this area and have a talent pool of performers.”

And now Theatre Odyssey was embarking on another venture with the One-Act Play Festival.

For more information about Theatre Odyssey visit the website at: www.theatreodyssey.org