For Jonie, with much love

There is no possible way to describe the sheer energy, passion and impact of Aleta Jonie Maschek. She was a force of nature. She had done everything, was doing everything and knew everyone. She loved telling stories from her days in television, from New York to Tampa, telling stories of the people she had met along the way. In many ways everyone was a celebrity to Jonie. As was she to those who knew and loved her. A published local historian, I doubt there is an obscure corner of Ruskin lore that she hadn’t peered into. She was everywhere, all the time. She wrote books about the area and was working on another. 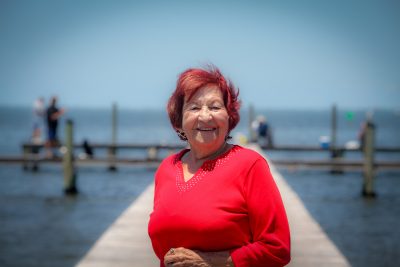 Aleta Jonie Maschek at 90. A beautiful force of nature, she blazed her own trail throughout her entire life.
Mitch Traphagen File Photo

With her husband Matt, Jonie moved to Ruskin when it was still a dusty tomato town. Her choice of attire was heels and designer dresses, in a place where blue jeans and cowboy boots were haute couture. So it was somewhat ironic that what brought her to Ruskin was, of all things — fishing. For that she could dress down and dig in with the best of the fishermen. She found the secret places through perseverance and instinct. If Jonie wanted to accomplish something, nothing could stand in her way.

Jonie lived in the moment as few people can. She was comfortable in her own skin. And while she relished each day, she also reveled in her memories, in her experiences, in the many people she encountered.

Despite a privileged upbringing, she worked for nearly all of her 95 years. She was a trailblazer, and a charming one at that, something that she retained for her entire life. As a young woman working at an upscale resort far from her Pacific Northwest home, she would convince the pilots of the resort’s wealthy clients for rides back home aboard the private airplanes they arrived in.

That was Jonie. A woman of distinction and grace. Few could ever say no to her, and there was little reason to do so.

She was known as the Fish Lady to readers of her weekly column in The Observer News. Inside the office, however, she was family. Chere Simmons would often visit her, just to make sure things were okay. With Jonie, they always were, sometimes even when they weren’t.

Wes and Karina Mullins and family would take her to see Broadway shows at the Straz. She loved every minute of that, often posting her joy on Facebook.

She once lived in Manhattan while working for NBC when few women, outside of secretaries, worked in the industry. She was an executive; she set her own course.

She showed me a birthday card she received from John Chancellor and David Brinkley. On the card, they were singing the birthday song from their now-legendary television news desk. She worked in television, running operations, when television was still live and there was no room for error or indecision.

Always forward, she didn’t turn around to go back, she spoke in the present moment about her past. As time marched on, when she lost her husband and began losing friends to the passing years, she seemed to value the moments even more. And more so, she valued the people in her life, her family down to her great- and great-great-grandchildren, Wes, Karina, Chere and others.

Jonie as a teenager.

I received a text from Wes with the news that Jonie had passed away on Sunday. In that instant the world suddenly dimmed.

All who knew her have certainly been blessed with her presence and her love.

Tuesday would have been Jonie’s 96th birthday. It is too early yet to believe that she is gone, although she really isn’t. Her ever-present smile, her love, her energy live on in so many of us. She lives on in everything she touched. Yet today, our hearts are heavy with sadness. She seemed so much larger than life that it’s hard to believe she won’t pull up in her Cadillac with a smile, a hug and a story. 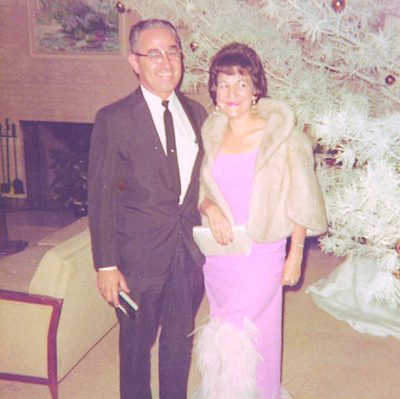 Matt and Jonie early in their marriage.

“You take the good with the bad,” she told me. “There are plenty of good people left in the world. There are good people everywhere.”

Today there is one less. But her life was far from empty. Her impact was as strong as she was. That remains. And so she remains with us.

To one of the loveliest, most graceful women I have ever been privileged to know and love: God Bless and Godspeed, Jonie. You are so deeply missed. But I know you are not gone. You remain in beautiful memories and in your lifetime of love and achievement.