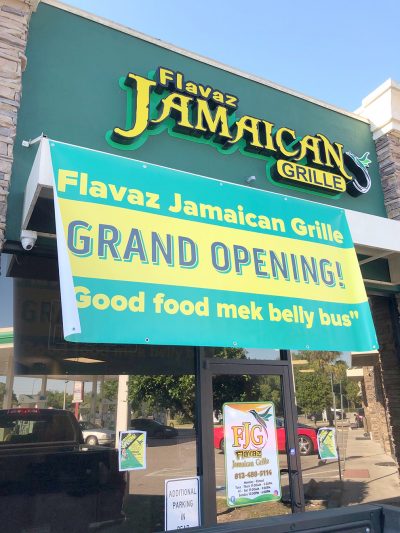 Delaney Hawkins-Shaw and her family came to Florida from Jamaica 20 years ago, and of course, they’ve visited Jamaican restaurants in the area. But they never found that true home flavor, she said.

In just a short time, the place is hopping with regulars who are spreading word about the new Caribbean café to their friends in the area.

The restaurant, in Victory Plaza at U.S. 301 and Krycul Road, seats 53 and is a step above a quick in-and-out joint, with linen tablecloths and warm hospitality.

“Our best sellers are our jerk chicken wings, oxtail and the jerk-chicken meal,” Hawkins-Shaw said, as she perused the meat market for ingredients that go into her signature dishes. “We can’t keep the oxtail. We’re sold out every day.”

Oxtail stew is typically a recipe passed down through the generations in Jamaica. It is actually made with the tailbone of cow, not ox, something that generations ago was discarded by many, but embraced by slaves and workers at slaughterhouses who found it to be a delicacy.

The East India Trading Company actually made curry famous in the 1600s throughout much of the Old World, according to several sources. The British brought curry to the Caribbean island where it is now a staple on Jamaican tables.

“Our curried goat is becoming really popular,” Hawkins-Shaw said. The curry dishes are served with rice and ‘peas,’ which are actually red beans, cooked in coconut milk and spices,” she explained.

“We also do a seafood curry with shrimp and whole fish snapper.”

“We have a small restaurant in Jamaica, and we could not find the taste that we wanted here,” she said. “There are Jamaican restaurants around, but not as authentic as we like. We wanted to bring something to Riverview instead of everyone having to drive all the way to Tampa for good Jamaican cuisine.

“One place opened around here in July, but it is take-out only. We wanted a dine-in restaurant where people can come in and sit and listen to music, and enjoy the food,” said Hawkins-Shaw. 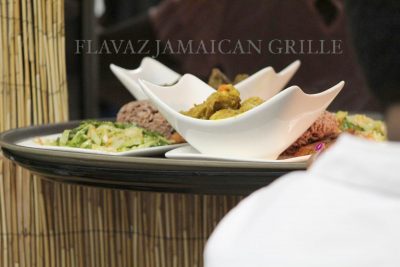 A nurse by profession, Hawkins-Shaw has put that career on hold as business at the new Flavaz has taken off, she said. “We have a variety of customers. Everyone, from lots of Caucasians, to lots of Hispanics and people from the Caribbean. We get more other Caribbeaners and Americans than we do Jamaicans. It’s all by word of mouth,” Hawkins-Shaw said. “And people are starting to follow us on Facebook, where we’ve gotten positive feedback.”

The restaurant has received a 4.3 rating out of 5 on Google and a 4.6 out of 5 on Facebook, she said. “We have folks coming by multiple times a week, and they send more folks in. They tell their families and friends about us.”

To learn more, visit the restaurant on Facebook at www.facebook.com/flavaz.jamaicangrille.