How about attending a theatre workshop where there are no auditions and no experience necessary? Yes, you can when you attend the new Drama Without Trauma workshop/classes at DaVita Medical Group Activity Center, 787 Cortaro Drive, Sun City Center. 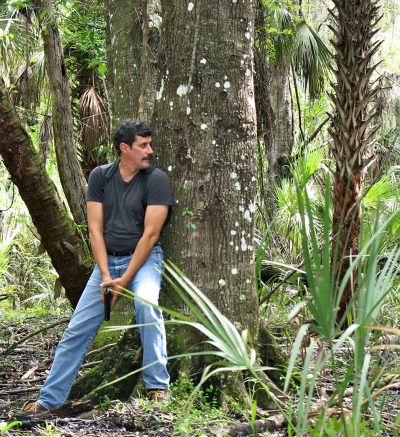 Bill Cruz Jr., locally known as a pastor at Good Samaritan Ministry, is pictured above in a scene for the television series The Glades. He has also appeared on the small screen in Dr. G: Medical Examiner, as well as the films Tomorrowland, The Accidental Activist and An Encounter With The Messiah.

Rosie Korfant, brain-child of the new offering, said, “I love being a stage brat, but the worst part is the audition.” That’s why this new class is perfect for those who are curious, but not as courageous about participating in theatre, but would rather attend theatre.

The workshops will be held on Mondays from 2 to 3 p.m. by several members of the theatrical industry. Since there are so many facets that represent a “production,” there will be several noted theatre thespians as well as background “performers” introduced:

June 11— Barbara Nelson, a member of the International Dance Council on stage movement

June 25 — Vern Hendricks, of Sun Radio, speaking on audio/sound systems for “theatre of the mind”

The instructor will be different each week with July featuring some well-known favorites like Ellen Kleinschmidt, artistic director of the South Shore Players, instructing on musical theatre, with which she is very familiar as a star in many of the recent productions at Manatee Performing Arts Center; Gail Mongiello, black belt Non-Impact Aerobics (NIA) member and dancer extraordinnaire, who will instruct on choreography; followed in August by Jannette  Derstine, music director at The Family Church, who will instruct vocal technique and music for stage.

These workshops will continue through September. For more information, call Korfant at 813-419-5020.