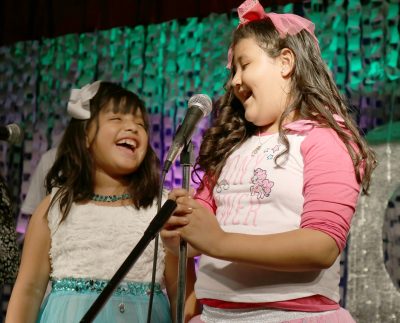 On Thursday, May 10, Wimauma Elementary School gathered its best and brightest for the annual talent show which included dancing, singing, comedy and a skit.

It takes a village to put on a show this big and the faculty, staff and volunteers at Wimauma Elementary outdid themselves with this event.

The show opened with the school’s chorus singing Best Day of My Life led by music teacher Andrew Lack. Every student who wanted to participate was given the stage Thursday night.

Principal Ismael Lebron-Bravo was in the front row beaming during every performance. It was obvious that this was a highlight of the school year because of the care and thought that went into every aspect of the show.

Wimauma Elementary is a Renaissance Title 1 school, meaning it has a high number of economically disadvantaged students. That disadvantage doesn’t dull the enthusiasm of the staff or students, but it is evident in the aging equipment. Wimauma Elementary could use an upgrade on their sound system and other electronics. Individuals or businesses that are interested in making a donation of any kind can call the school for more information.

Music teacher Andrew Lack led the chorus in more than a dozen songs in two sets.

Abigail Rakowitz choreographed her own ballet to the song Broken Hallelujah at the Wimauma’s Got Talent variety show.