Near record crowd turns out for trade show with some twists

The annual Spring Trade Show hosted by the Sun City Center Area Chamber of Commerce is a wrap, and organizers couldn’t be happier with the way it went.

“I was thrilled with the turnout,” said Lynne Conlan, the chamber’s executive director. “It was one of the best spring events ever, and our members were pleased with the traffic. If you weren’t there, you really missed out.”

In addition to its wide array of vendors, this year’s trade show featured former Major League player and coach Lou Piniella; “treasure hunters” from the Florida Department of Financial Services Division of Unclaimed Property; and someone representing the Tampa Bay Rays and its efforts to stay in the area.

That combination of draws brought out a near record of attendees and many new vendors. 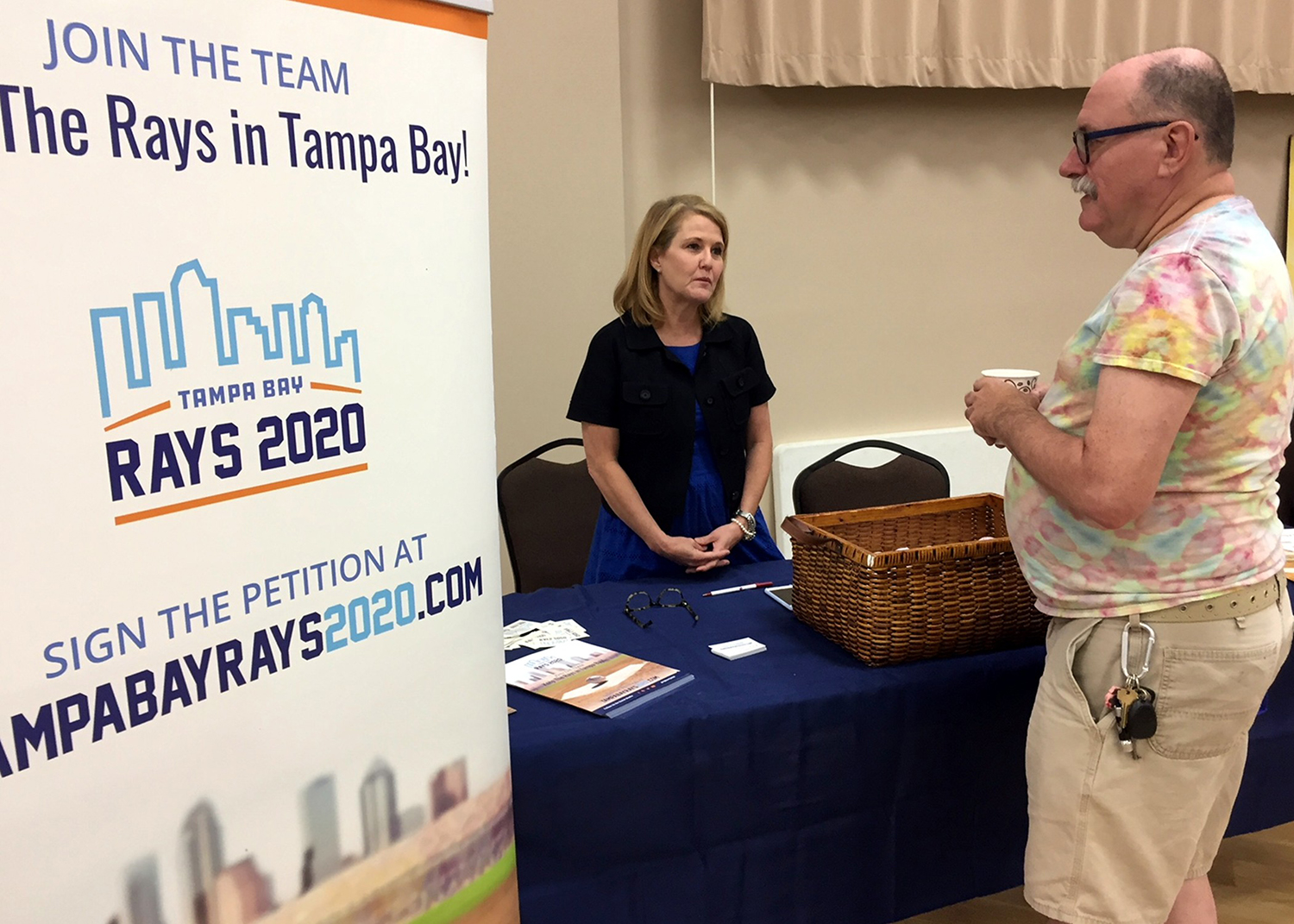 Ray Kerstetter, of Sun City Center, shares his views about keeping the Rays in Tampa Bay with Wendy Brill during the recent Spring Trade Show at Community Hall. 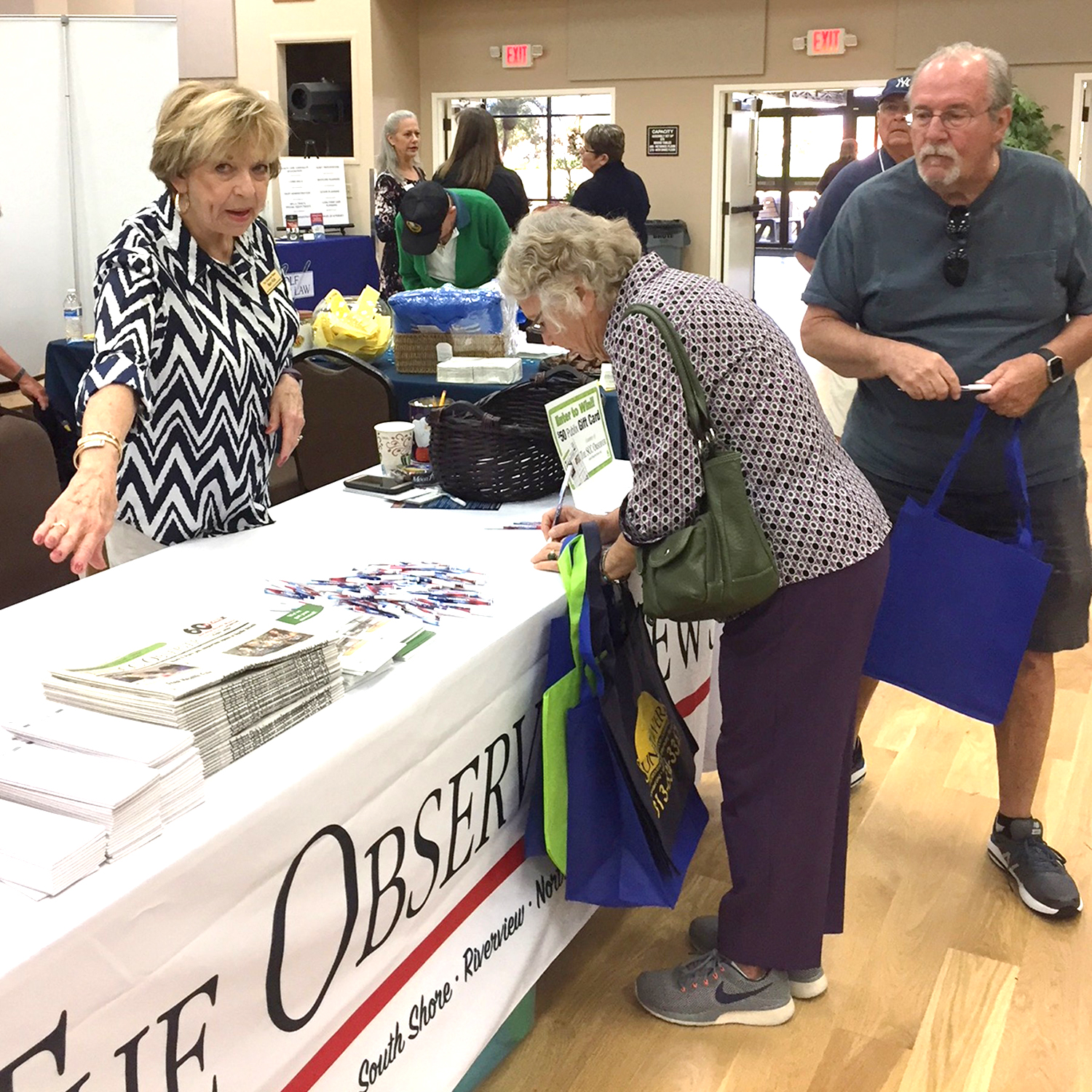 Advertising Sales Manager Nan Kirk talks with a woman who is entering a drawing at The Observer News table at the Spring Trade Show in Sun City Center. 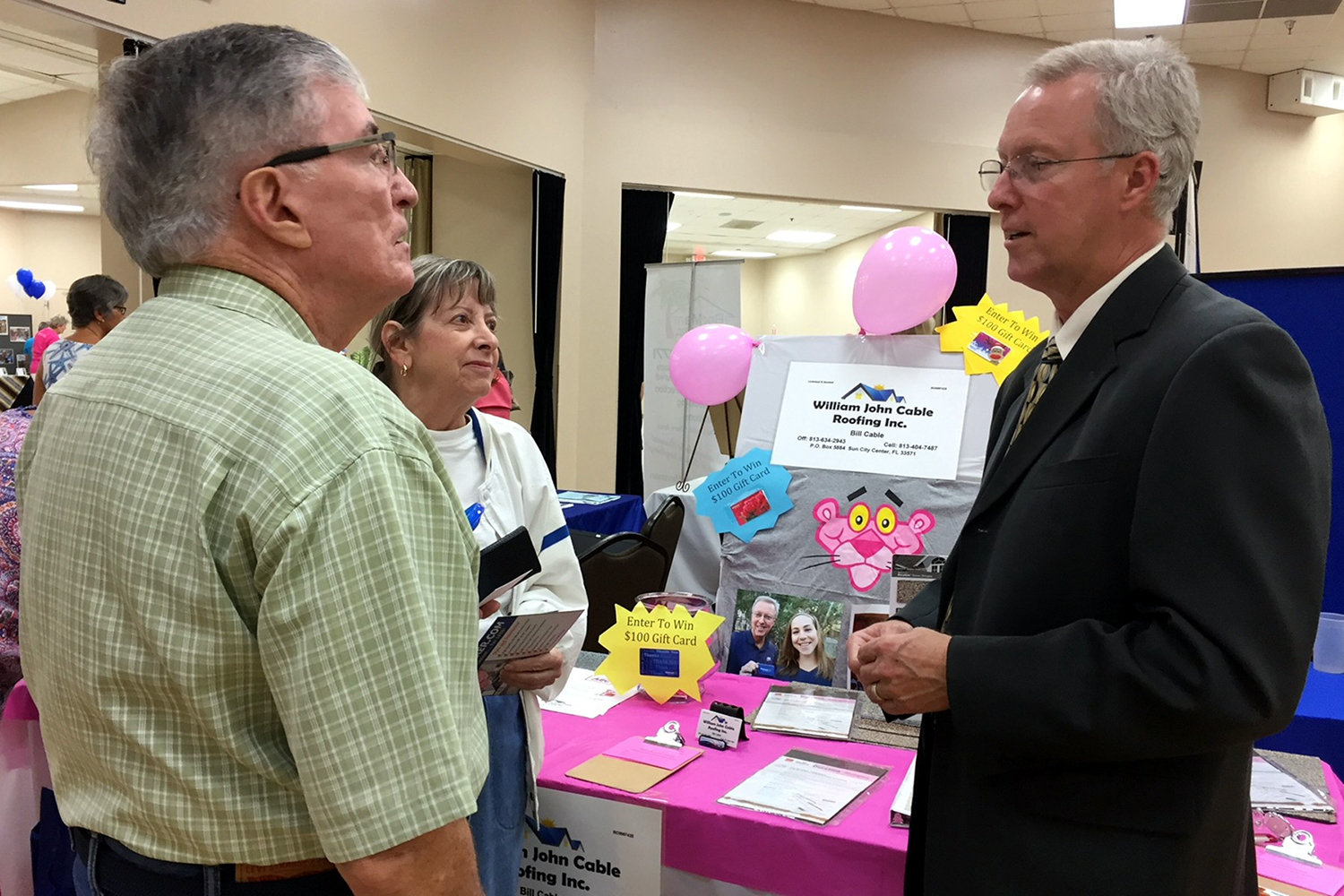 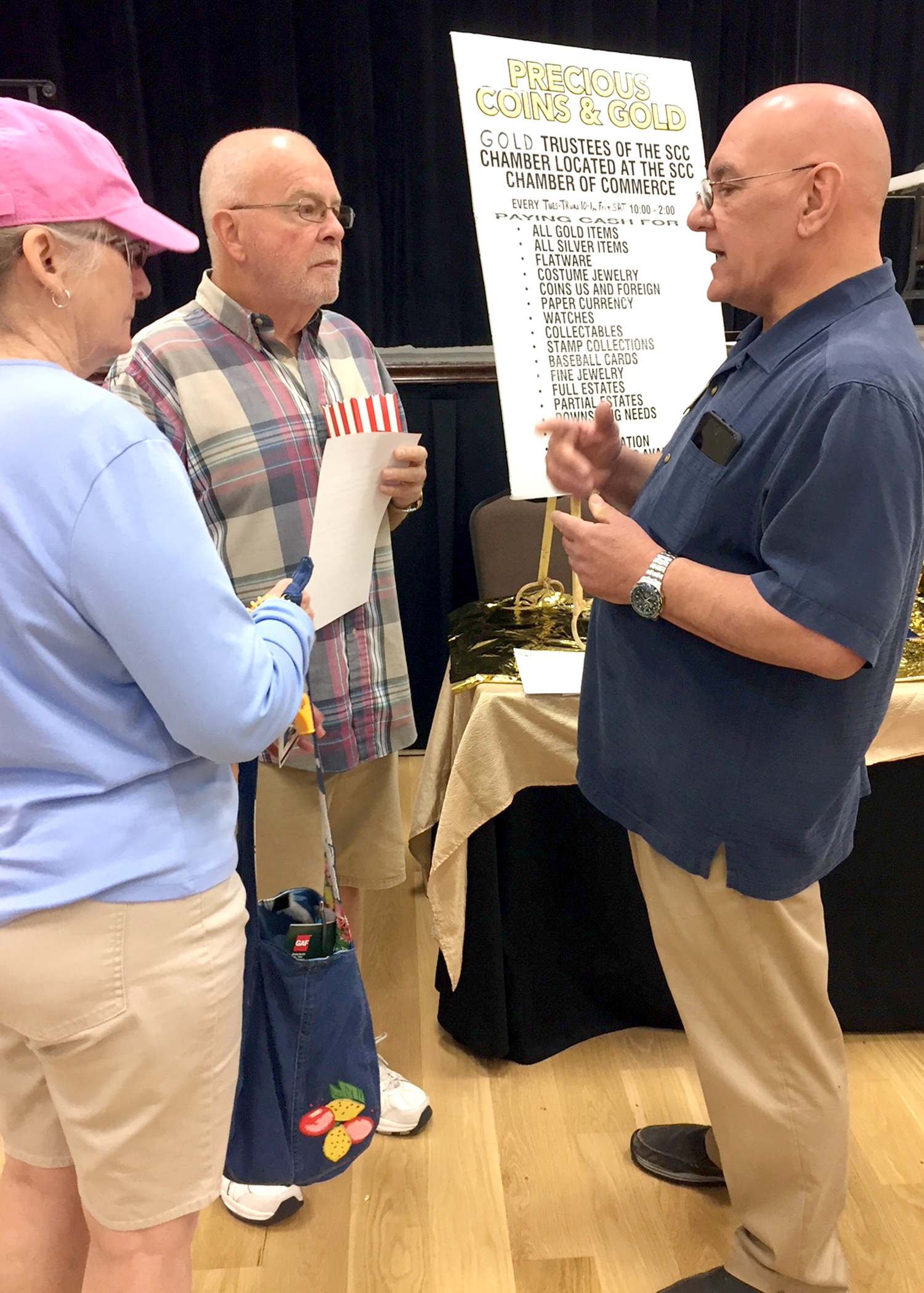 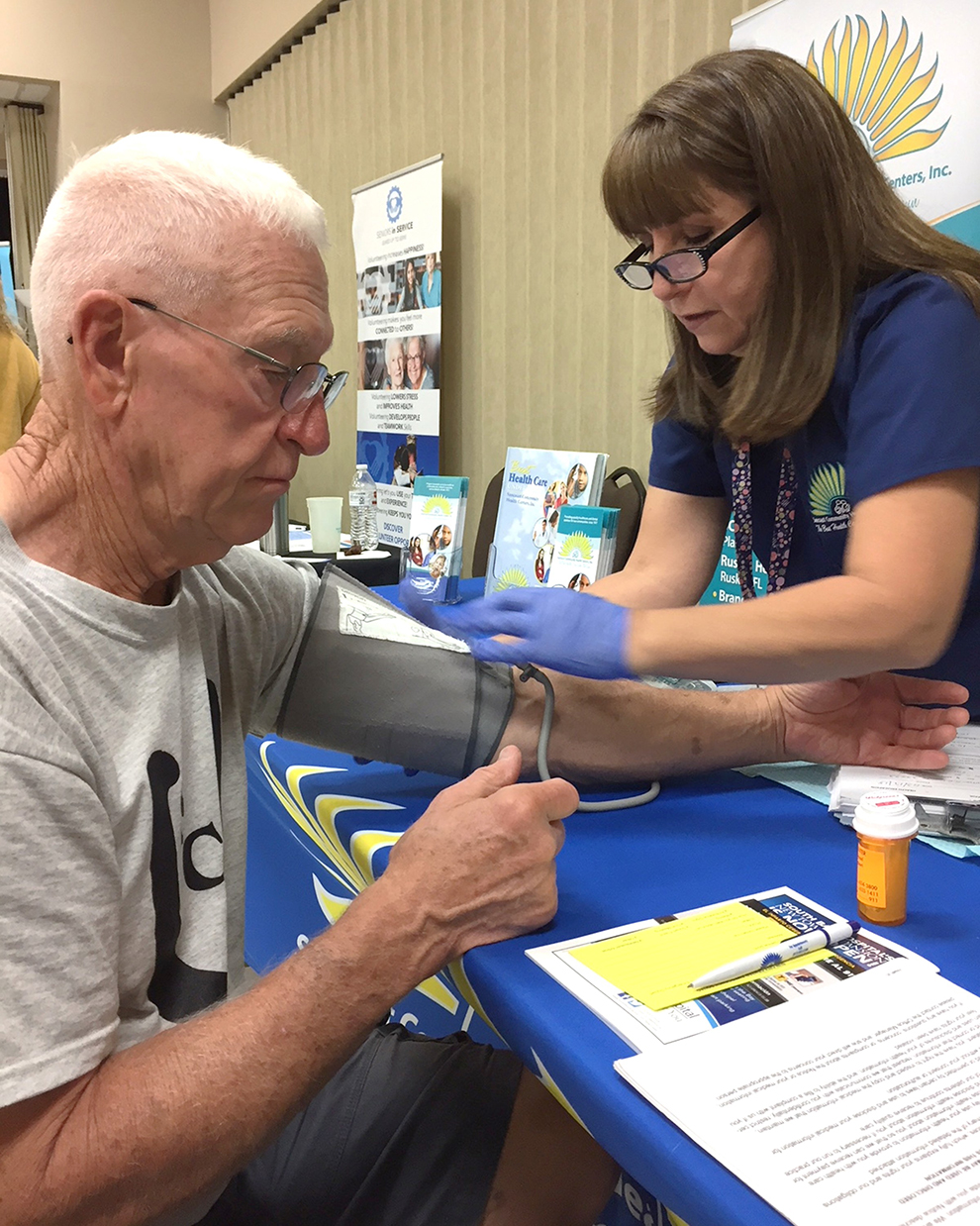 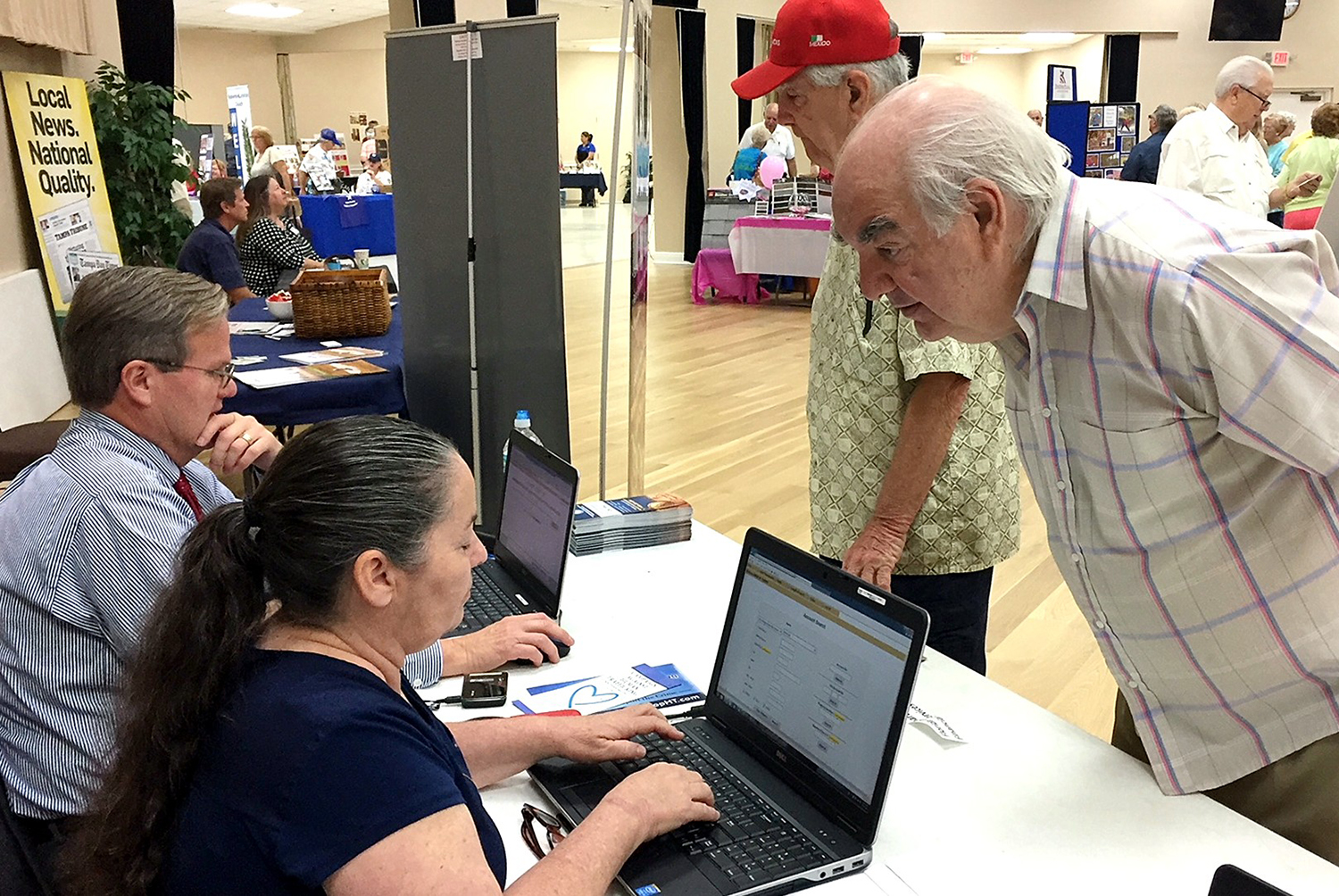 Bruce Fallender, right, waits while Denise Torres, of the Florida Department of Financial Services, checks to see if he is owed any cash or any unclaimed property. The free search netted him $75. 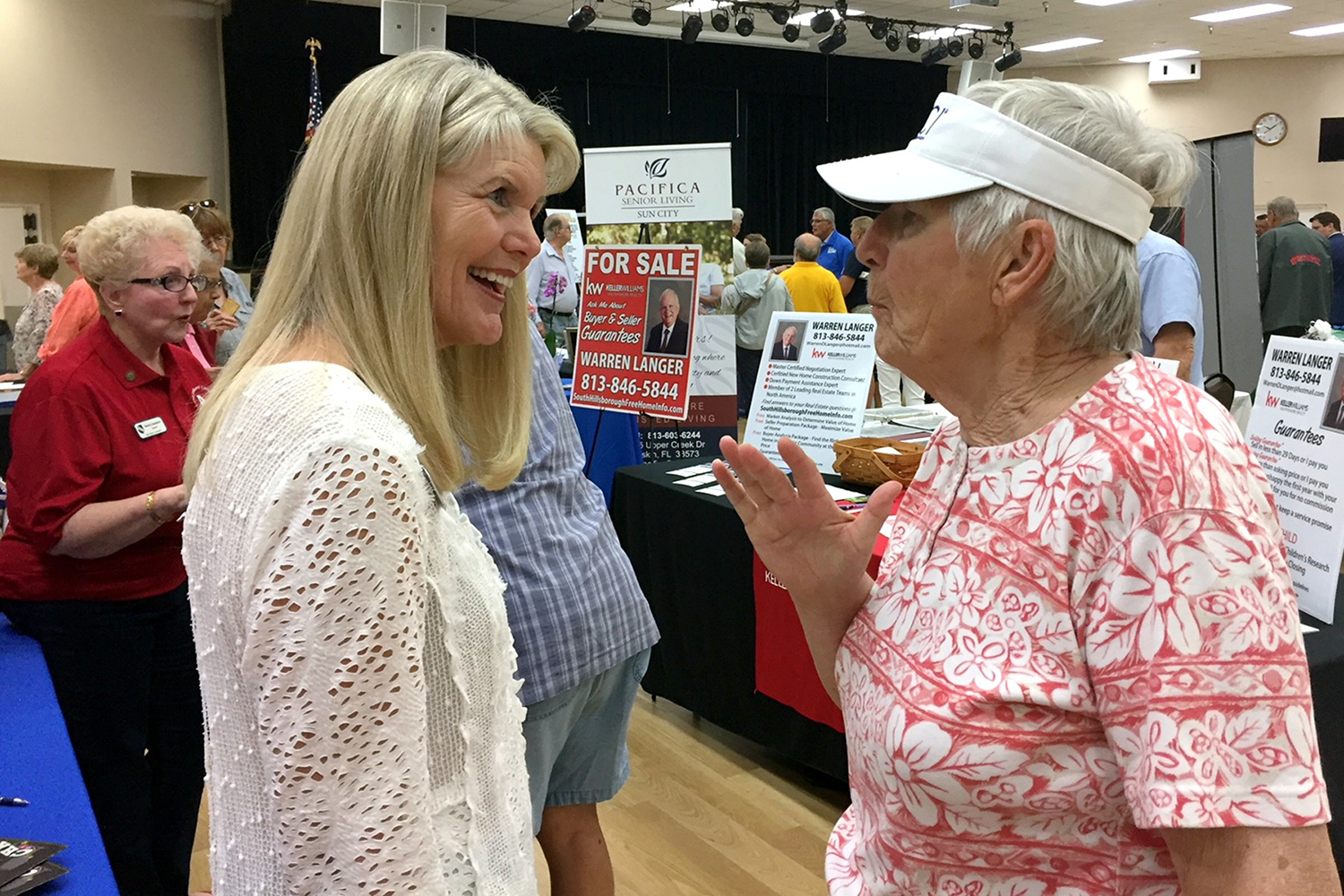 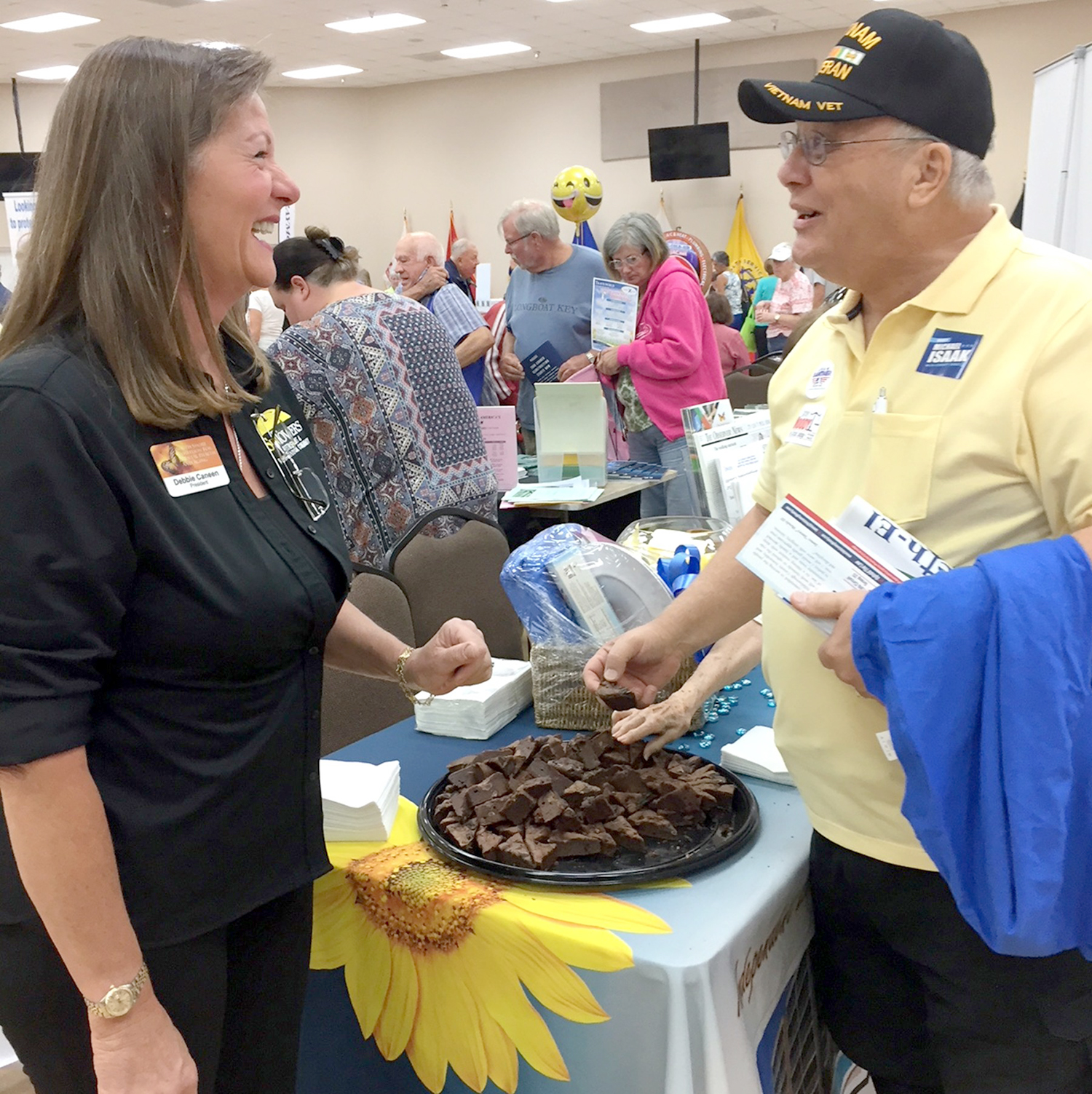 Debbie Caneen, of Sun Towers, chats with Jim Severn, of ACN, after he stops by her booth at the Sun City Center Area Chamber of Commerce spring trade show to get one of the renowned brownies made by Sun Towers’ Chef Jerry Badders. 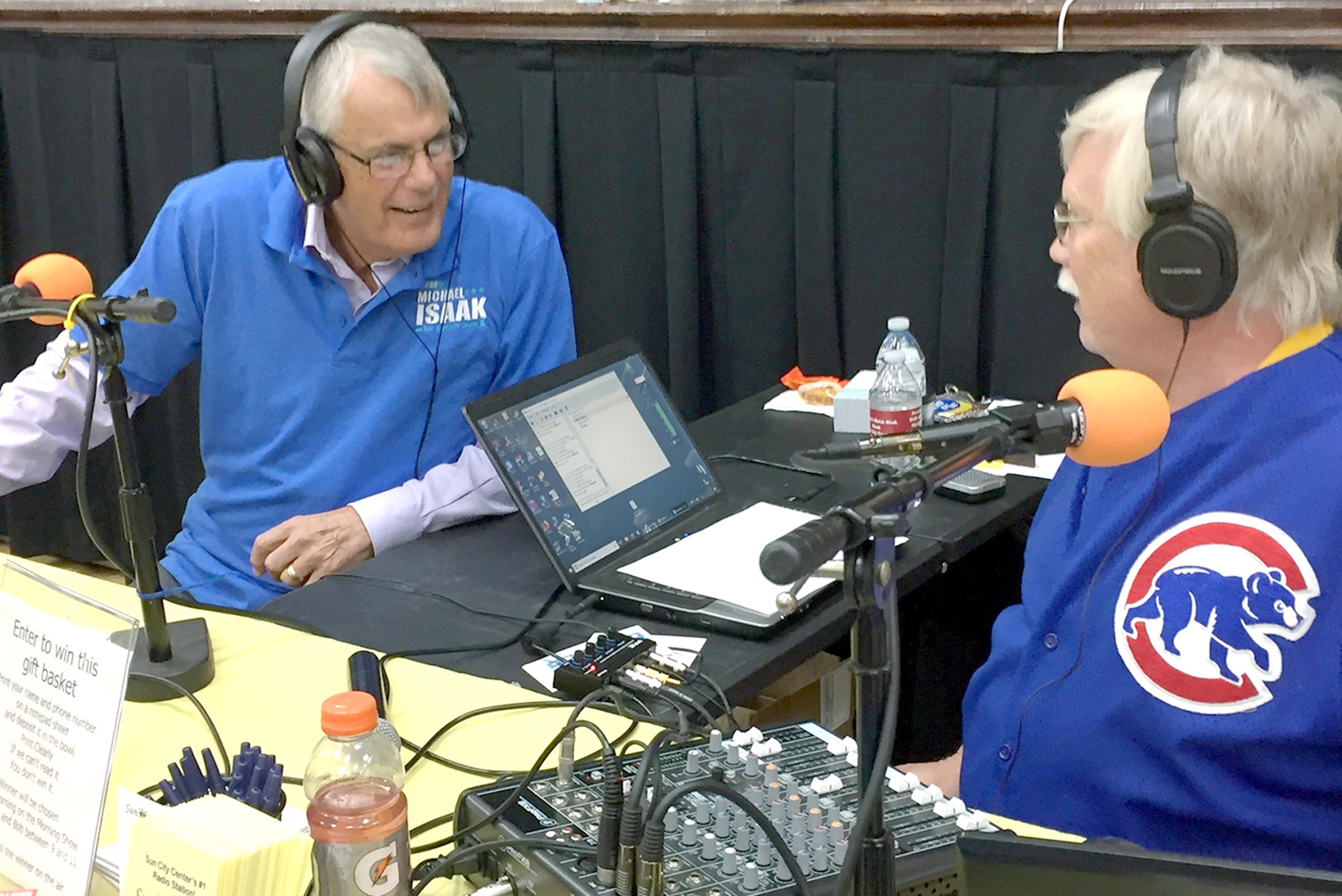 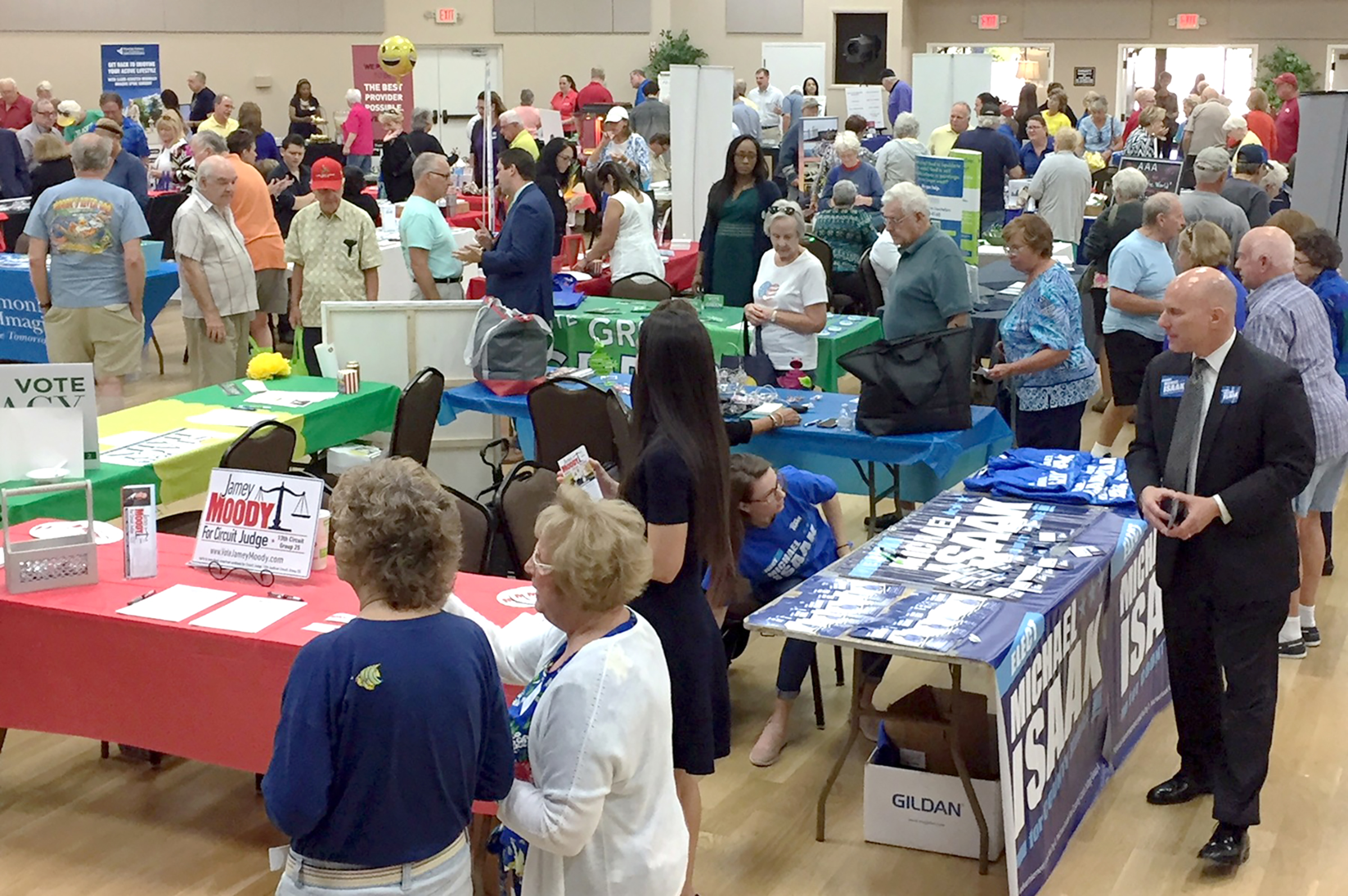