The Rev. David Speicher, senior pastor of South Bay Church in Riverview, recognizes we live in a world of “lost and hurting people.” He also knows that no minister alone can resolve their issues. 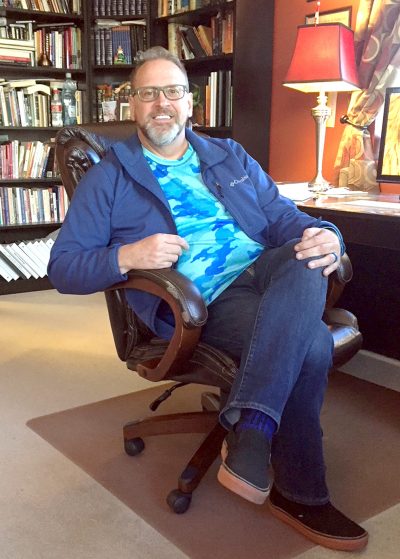 LOIS KINDLE PHOTO
The Rev. David Speicher brought the Grocery Giveaway ministry to South Bay Church in Riverview, to physically and spiritually feed lost and lonely people in the community. He hopes other South Shore churches will follow suit.

So to address the issue of both physical and spiritual hunger, he turned to his congregation to help establish a Grocery Giveaway ministry at his church. And he’s hoping other area pastors will follow suit.

“It’s a broad-spectrum outreach for anyone in need, for anyone who wants free groceries,” he said, adding the original idea for it wasn’t his. “The ministry started out in the garage of Tampa minister T. J. Hargrove, and when I learned about it I was strongly drawn to it.”

Grocery Giveaway is not a food pantry. Basically, what’s involved is volunteers meet at South Bay Church at 8 a.m. the third Saturday of each month to package 100 to 150 bags of groceries, assemble teams, and pray. By 9 a.m., they head to sites in Riverview, Ruskin, Gibsonton and Wimauma.

Much like a pop-up restaurant, they simply set up a table, which can be seen from all directions, and children hold signs that read “free groceries.” By 11 a.m., they come back to the church.

“It’s free food; there’s no catch,” Speicher said. “We’re going after drive-bys. We simply give groceries to anyone who stops and we ask, “Can I pray for you (your family, any health issues, financial problems)?”

The pastor said all but a couple out of the hundreds they’ve given groceries to answered affirmatively, “yes.”

“They feel cared for,” he continued. “It’s not just about giving away groceries. It’s about caring for the soul.”

Speicher said the conversation generally includes, “If you were to die today, do you know if you would go to heaven? We get all kinds of answers.

“We simply want to share the message of Jesus Christ with them. There’s no pressure. We don’t tell them they have to go to our church. We only want them to grow in faith.”

Of course, if asked, volunteers will tell them about South Bay Church.

“But some come by on bicycles,” Speicher said. “We refer them to an evangelical church nearby that believes in our mission.”

But as a minister, what delights him even more is that 75 people, of their own volition, made their profession of faith in Jesus Christ.

He’s also encouraged by the fact that 20 to 40 volunteers, including some from SeaGlass Church and FishHawk Fellowship, show up to help with the effort.

“My heart’s desire would be for other churches to come see what we do, how we do it and then start ministries like this on their own,” Speicher said. “Any church, whether large or small can get involved. We didn’t start this to be only a South Bay Church ministry. I prefer it be a community effort led by (multiple) churches.” 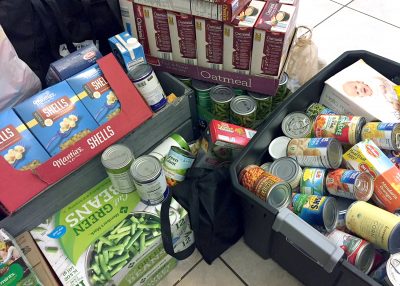 The pastor said Grocery Giveaway is an opportunity for a church to minister and introduce people to Jesus just like it does on Sunday. And the effort is carried out by congregants, not in a building, but out on the streets.

“We had 75 people come to know Jesus without me,” Speicher said. “We’re seeing the world change one life at a time. We’re also seeing a congregation led by me but not looking at me to save the world. They’re taking ownership.

“As a pastor, that makes me happy,” he said.

To donate food for Grocery Giveaway, stop by the church at 13498 U.S. 301 S., Riverview, Monday through Thursday or Sunday between 9 a.m. and 5 p.m. For additional information on the ministry, volunteering or South Bay Church’s three contemporary services, call 813-677-0721, or visit www.SouthBay.cc.