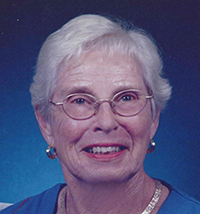 Imogene Anne Ditchett passed peacefully from this world to eternal life on October 29, 2017. She was born at home on January 9, 1923, to Richard and Louanna (Miller) Laudeman, in St. Bernard, Ohio, where she spent her childhood, surrounded by a large extended family. Her parents later moved to a farm in Milford, Ohio, where she graduated from high school in 1940; she never missed a day of school and was a star basketball player. She attended business school and worked as a secretary at Proctor and Gamble. She married John Wakefield in 1945, and the couple had one daughter; she later divorced. She married Harry Ditchett in 1952, and they had two daughters. The family moved often because of her husband’s work — including a two-year stint in Africa.

Nothing was more important to her than her family. She kept a lovely home and garden and often sewed clothes for her girls. She was an adventuresome cook, always watching for exciting recipes and new ingredients. She believed in healthy eating and loved to exercise. She traveled in Europe and spent most summers at the family’s Maine cottage. Her faith was important to her throughout her life, and she was most recently an active member of South Shore United Church of Christ in Sun City Center, Fla.

After the death of her father, she welcomed her mother into her home, where she lived for 20 years until her death. Thereafter, Imogene cared for her husband through heart disease and kidney failure. In 2000, she moved to Sun City Center, Fla., and thoroughly enjoyed life in this retirement community. After a stroke in April 2017, she was unable to return to the active and independent lifestyle she so cherished. In June she moved to Lake City, Minn., to be near her daughter. She was comfortable, content and well-cared for by the staff at The Bluffs Senior Living. St. Croix Hospice provided wonderful care to her and support for her family in her final days. She was happy to see her children and grandchildren in her last days.

She will be remembered for her independent and determined spirit, her keen interest in current events, and her commitment to staying active in mind and body. She was a friend to many, sweet tempered, pragmatic and frugal.

She was preceded in death by her parents, husband Harry Stacey Ditchett and grandchildren Kevin Klein and Alice Marine. She is survived by her three daughters, Susan (William) Klein Marine of Boulder, Colo., Louanne (Ronald) Brooks Ludwig of Lake City, Minn. and Margaret Ellen Butler of Old Town, Maine; grandchildren Georgina Butler, Elleson Butler, Amelia Brooks, step-grandson John Brooks; and sister Janet (Raymond) Carter. Her final gift and wish was that her body be used for teaching and research, which was fulfilled through the University of Minnesota Medical School Bequest program. A memorial service will be held at South Shore United Church of Christ, 1501 La Jolla Ave., Sun City Center, FL 33573 on Saturday, March 31, 2018, at 1 p.m. Interment will be at Greenlawn Cemetery, Milford, Ohio. Contributions in her memory may be made to: National Audubon Society (225 Varick St., 7th FL., N.Y.C., N.Y. 10014) or the St. Croix Hospice (7200 Hudson Blvd., Suite 230, Oakdale, MN 55128). 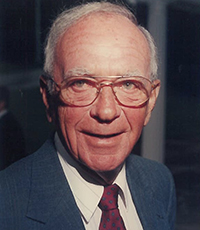 Born in Avon, N.Y., Bud raised his family in Pittsford, N.Y. He was a District Sales Manager for Leigh Hansen (General Crushed Stone) Group.  Moving to Sun City Center in 1999, Bud was a member of the United Methodist Church of SCC Chime Choir and the SCC Security Patrol, Team #3. On his 80th birthday, a plaque was placed on a Winn Dixie bench saying, “Reserved for Bud,” where he sat greeting customers daily. Over the years he enjoyed golfing, dancing, bowling hunting, fishing, and making people laugh.

Jennie Wolski, 91, passed away on February 18, 2018, at Sumter Place in The Villages, Fla. She and her late husband John were former longtime residents of Sun City Center.

A funeral Mass will be celebrated at Prince of Peace Catholic Church in Sun City Center on Friday, March 9, at 11 a.m. Interment will immediately follow at Sarasota National Cemetery. 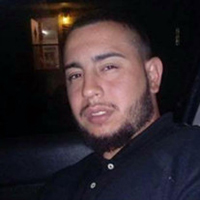 It is with great sadness that the Family of Joshua “PYDY” Padilla-Lorenzo announces his passing on Thursday, Feb. 22, 2018, at a young age of 27 years.